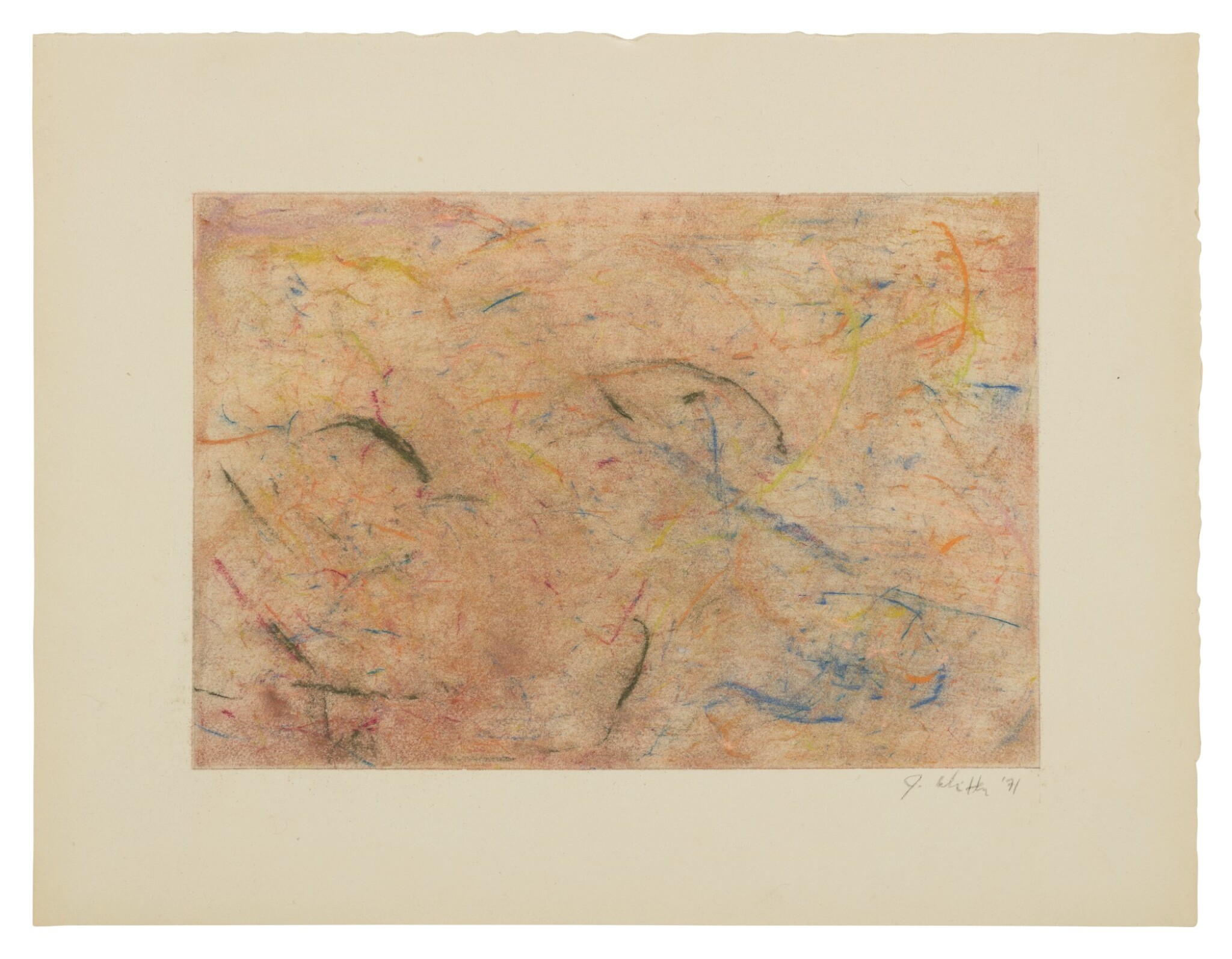 signed and dated '71; signed, dated spring '71 and inscribed Harold, Thanks A Million! on the reverse

pastel and colored pencil on paper

“When Jack Whitten was a ‘starving artist’, just after he moved to NYC, my mom was just starting out as a decorator. One of her first ‘jobs’ was renovating our apartment on Central Park West, which was a total mess when we first rented it. She was totally disappointed in the quality she found from various ‘professional’ carpenters, but discovered that New York was full of young artists, some of whom she knew, who were pretty good carpenters – so she hired about 5 of them to do all of the carpentry in the apartment. This group included Jack. While most of these folks worked in their studios, and would periodically bring over finished pieces, Jack somehow became the expert in building radiator covers – basically, wooden boxes with gridded metal inserts that Mom liked to use to hide the cast iron radiators which heated the apartment. And each of these radiators was a slightly different size, so for many months, Jack was  a presence in the apartment – building radiator covers. And he was just a great person – we all became friendly with each other – even me, though I was only about 10 at the time. After the apartment was done, Jack worked on a bunch of additional projects for my Mom, and they always stayed in touch. A few years later, when Jack was really breaking through, he had a show at one gallery or another and invited Mom to the opening. She went, and they had a nice reunion, and Jack gave her the drawing.”