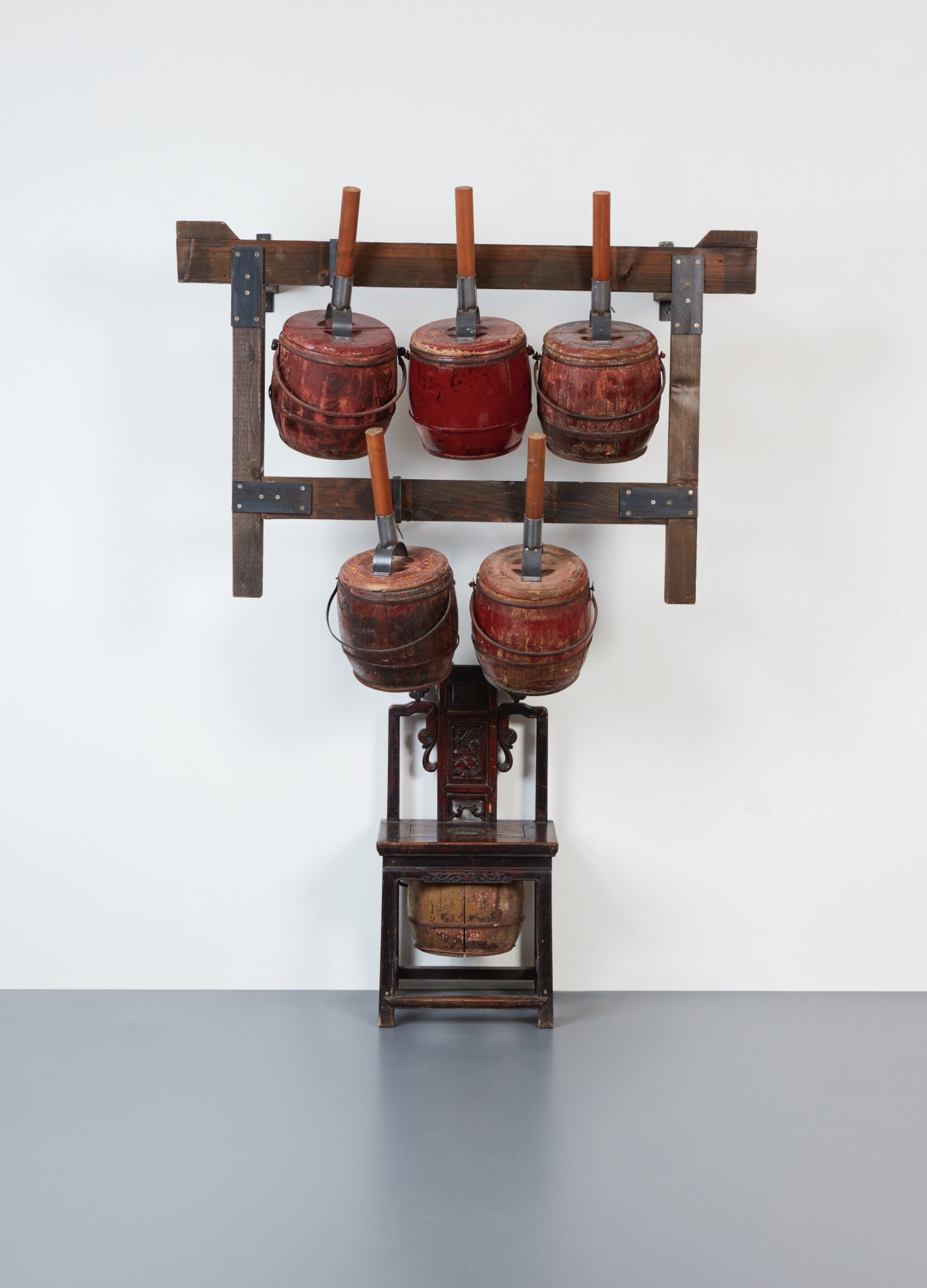 installation of wood and metal pots and wooden chair, with sound element

This work is in very good condition overall. All elements are present and stable. There are tonal and textural variations throughout, including general wear, irregularities and minor indentations to the wood surfaces and minor oxidation to the metal on the buckets, inherent to the artist's chosen media. There is a fine layer of dust throughout, in particular to the crevices. The sound element is in working order.

Galerie Ghislaine Hussenot, Paris
Estate of Anita Reiner, New York (acquired from the above in May 2002)

“ ‘Transexperiences’ also represents a concept of art. This is not a pure conceptual concept; rather, it is an impure experiential concept, a mode of thinking and method of artistic creation that is capable of connecting the preceding with the following, adapting itself to changing circumstances, accumulating year-in-year-out experiences, and being triggered at any instant. Furthermore, this type of experiential concept relates to an extremely important matter, that is, to immerse oneself in life, to blend and identify oneself with others. This still bears some influence from the ‘life-experiencing’ movement during the Mao era in China.4 Therefore, for many years, I have exerted a great deal of my time and energy trying to communicate with the outside world by employing diligently my English and French language skills. I think, on the threshold of the twenty-first century, art will be able to manifest its most powerful vitality amidst the contacts, exchanges, misunderstandings, and conflicts between people and people, people and society, people and Mother Nature, people and science and technology, continents and continents, and ethnic groups and ethnic groups. What I am most interested in are these ‘networks of relationships.’ ‘Transexperiences,’ therefore, is not only following the ways of my own making, but also a concept that shares countless ties with all these networks.”