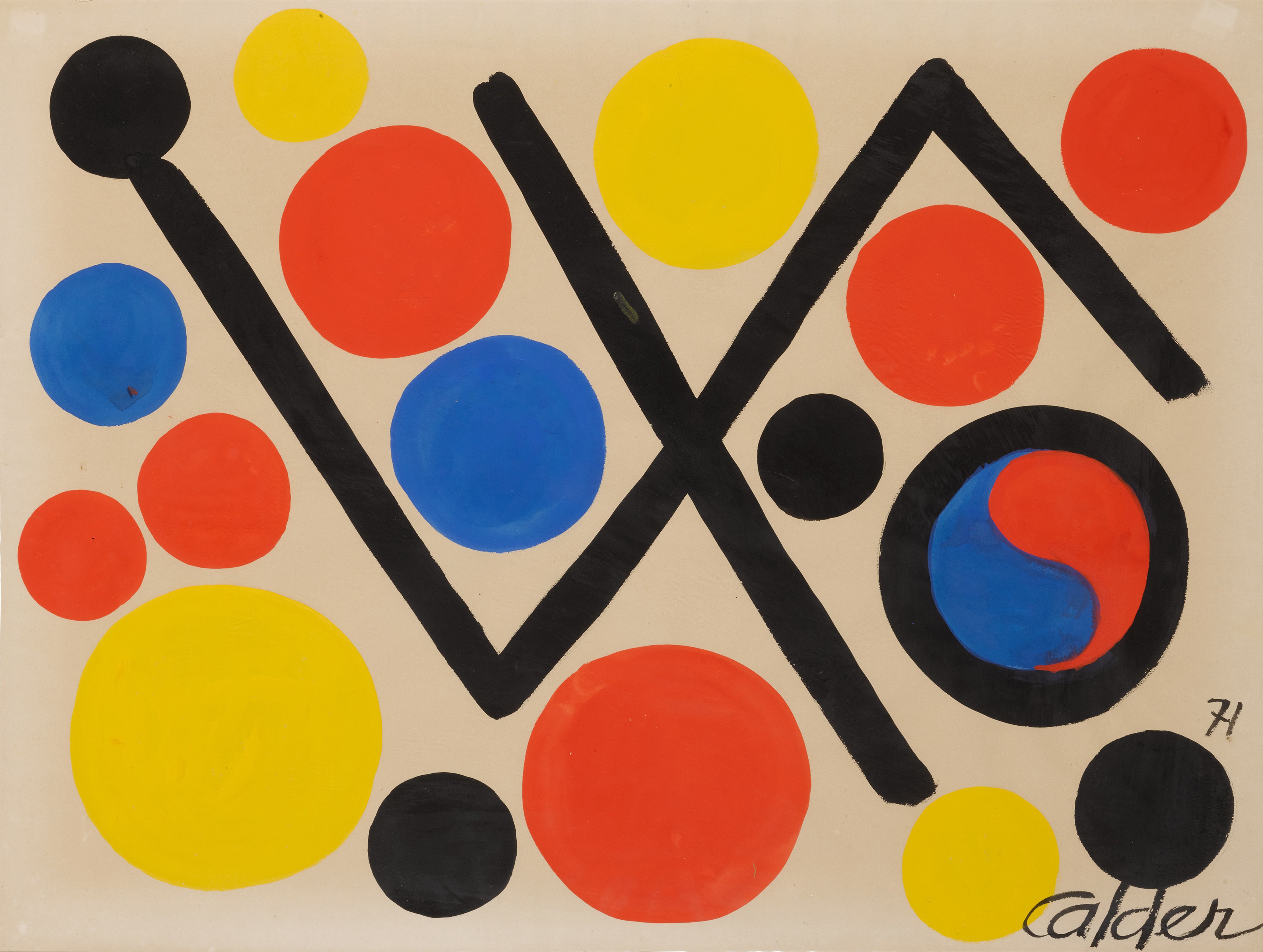 gouache and ink on paper

This work is registered in the archives of the Calder Foundation, New York, under application number A06468.

This work is in good condition overall. The sheet is hinged at the upper corners of the reverse to the backing board. The edges of the sheet are deckled. There is overall yellowing to the sheet. There are a few minor areas of discoloration, at the upper corners corresponding to hinging as well as scattered pinpoint areas at the lower left corner, visible upon close inspection. There are scattered, very minor pinpoint losses to some of the pigments, most notably in the yellow passages of the sheet. Framed under Plexiglas.

Collection of Richard Simonson, New York (acquired from the above in 1971)

Thence by descent to the present owner in 2019

Executed in 1971, Yin and Yang Again is a testament to the purity of form in Alexander Calder’s later works on paper. Playful yet elegant, Calder’s use of gouache delivers the rich primary colors and clean lines for which he is so widely recognized. As black lines trace around red, yellow, and blue orbs, the viewer is reminded not only of the artist’s famed aptitude for sculpture and mobile work, but also of his genius in the realm of paintings.

Painted within the last decade of his life, Yin and Yang Again exemplifies the clarity of artistic expression present within the later works, with nearly a half century of collaboration with and inspiration from contemporaries such as Piet Mondrian and Joan Miró, with the latter’s influence so strong that Calder once said, “the archaeologists will tell you there’s a little bit of Miró in Calder and a little bit of Calder in Miró." To view a later work of Alexander Calder within the context of his full oeuvre and storied history is to see the culmination of a century of artistic exploration, experimentation, and undeniable success.