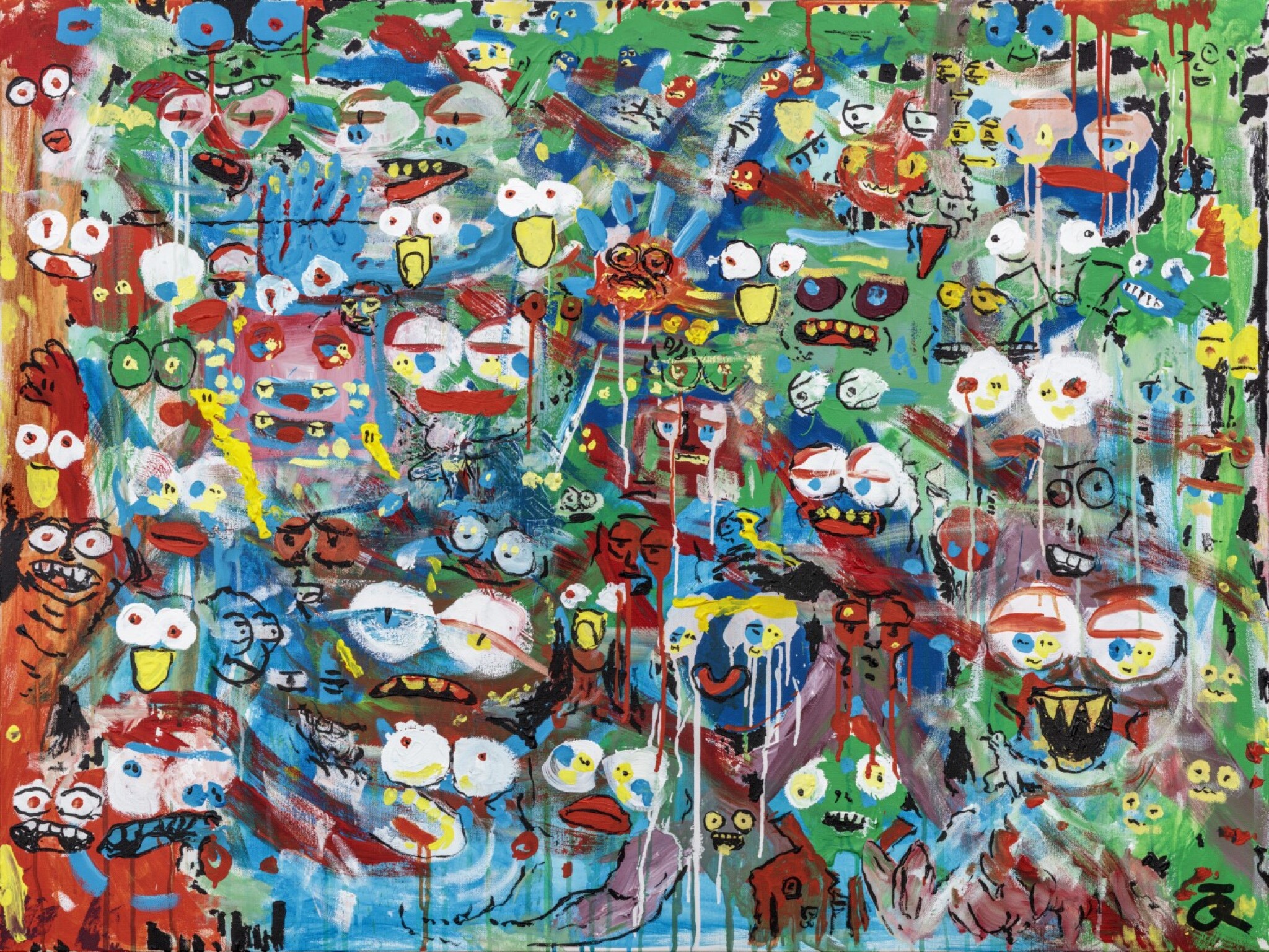 signed with the artist's initials

This work is in excellent condition overall. There are tonal and textural variations to the surface of the work, inherent to the artists working method and chosen media. Under ultraviolet light, there is no evidence of restoration. Unframed.

Justin Roiland is the co-creator of Adult Swim’s Rick & Morty and Hulu’s Solar Opposites. He is also the founder and CEO of Squanch Games. Following his highly successful NFT collection, The Best I Could Do, which sold for over $1 million, Justin Roiland is branching out into painting. His new work, mypeoplefriend, executed in 2021, embraces Roiland’s signature cartoon imagery that is humorous and childish, but tinged with darker undertones. His all-over figurative style even recalls some of Jean Dubuffet’s boisterous compositions from the 1960s. In mypeoplefriend, Roiland fills the canvas to the brim as a horde of grotesque figures with bulging eyes and bared fangs press up against its surface. As his title suggests, Roiland compresses visual information, blurting it out in a single word. In this way, his composition becomes a kind of dream world, where there is no respect for visual or spatial logic. Instead, there is only a feeling, or rather, a progression of feeling. At first, his figures seem menacing as they lunge out at us, but none of these childish monsters truly frightens us, and as we continue to scan the composition, we notice that most of Roiland’s figures actually display a certain melancholy as if on the verge of tears. Some figures even seem to cry as the paint drips down the canvas. There is something tragic about these creatures that try to frighten us but cannot. Or perhaps there is something tragic about our position as viewers, so far removed from the innocence of childhood, when these creatures might have frightened us.