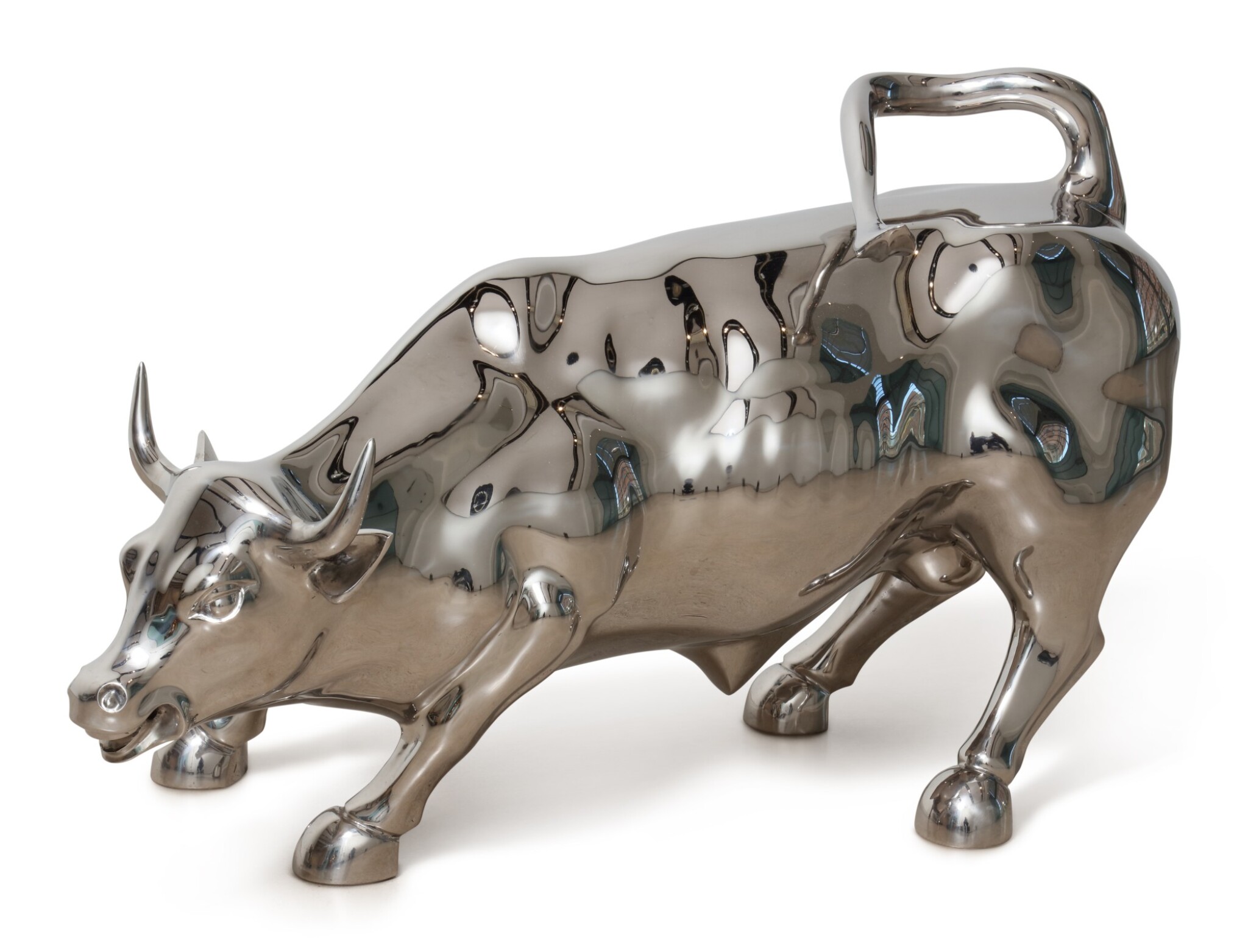 incised with the artist's signature, dated NY 2000 and numbered 9/10

The Collection of Pentti Kouri

﻿One of the most iconic sculptures of all time, Arturo Di Modica’s Charging Bull is not only a piece of history but an eternal symbol of strength and perseverance. Following the 1987 Black Monday crash, Di Modica resolved to create a sculpture to inspire New Yorkers and the world at this difficult time. He spent the next two years and over $300,000 of his own money to create Charging Bull, which he planned to install in secret right in front of the New York Stock Exchange. In December of 1989, he arrived in the dead of night at the stock exchange with a crew to drop off the sculpture, but he was surprised by what he found. There was now an enormous Christmas tree right where he had planned to put his sculpture. However, taking advantage of this serendipitous moment, Di Modica placed his bull under the tree and declared it his gift to the city of New York. Thus, the legend of Charging Bull began. The following morning, Charging Bull became an instant sensation as commuters and passers-by were awed by Di Modica’s 16-foot, indomitable bronze bull. However, since the sculpture had been installed illegally, city officials soon removed it, but the public was outraged, demanding the immediate return of Charging Bull. Soon after, Di Modica’s sculpture found a permanent home nearby in Bowling Green in New York’s financial district, where it continues to attract millions of visitors from all over the world each year. Beyond its status as an instantly recognizable symbol of New York, Charging Bull has reached a global audience, as other editions have been installed in other cities, including Shanghai and Amsterdam.