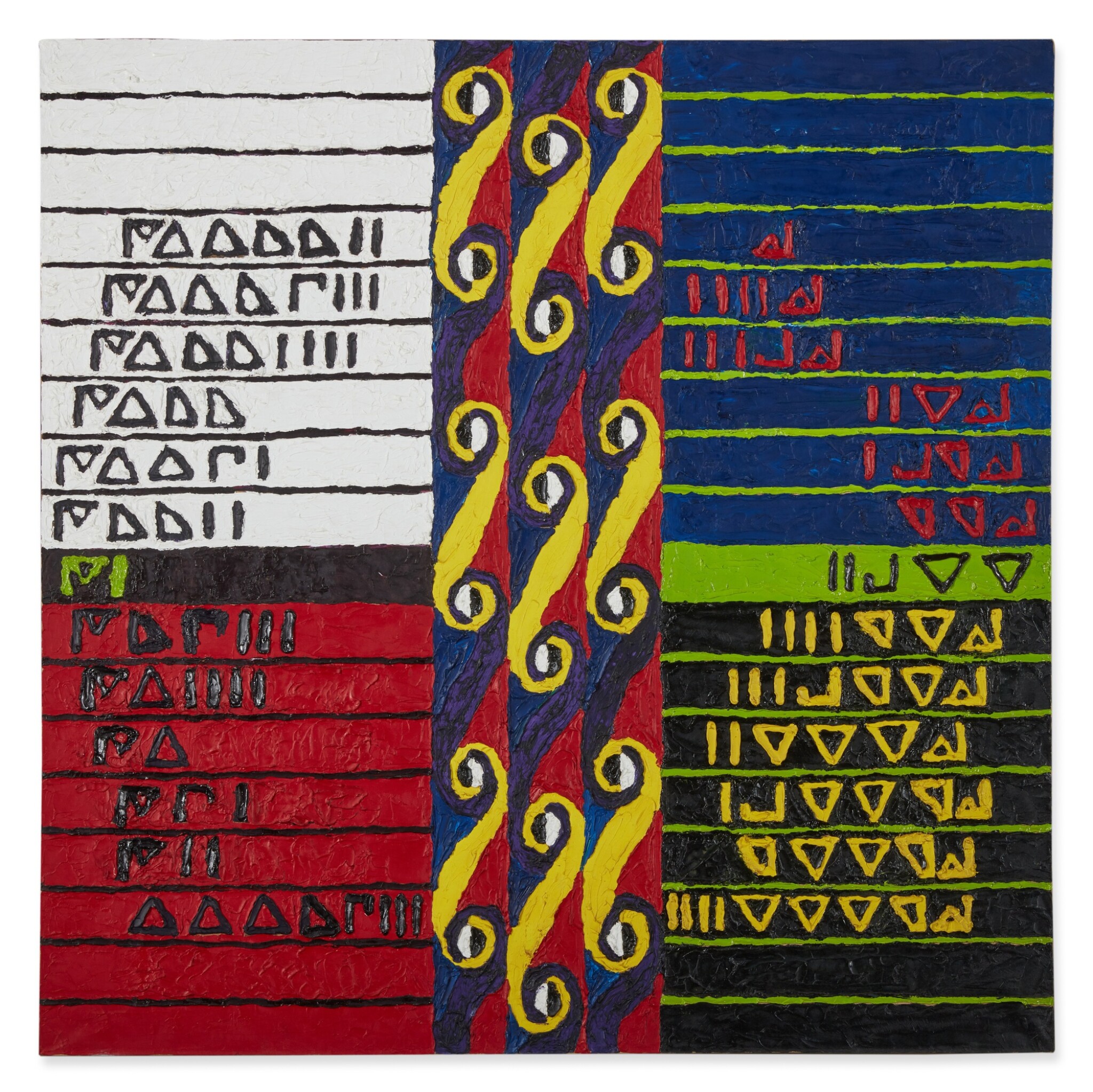 signed, titled and dated 1962 on the reverse

This work is in good condition overall. There is minor evidence of handling and wear to the edges. The impasto peaks appear secure and intact. Upon close inspection, there is evidence of scattered cracking throughout. Under Ultraviolet light inspection, there are scattered areas in the red and white passages, primarily in the left half of the canvas, that fluoresce and appear to have benefited from restoration. Framed.