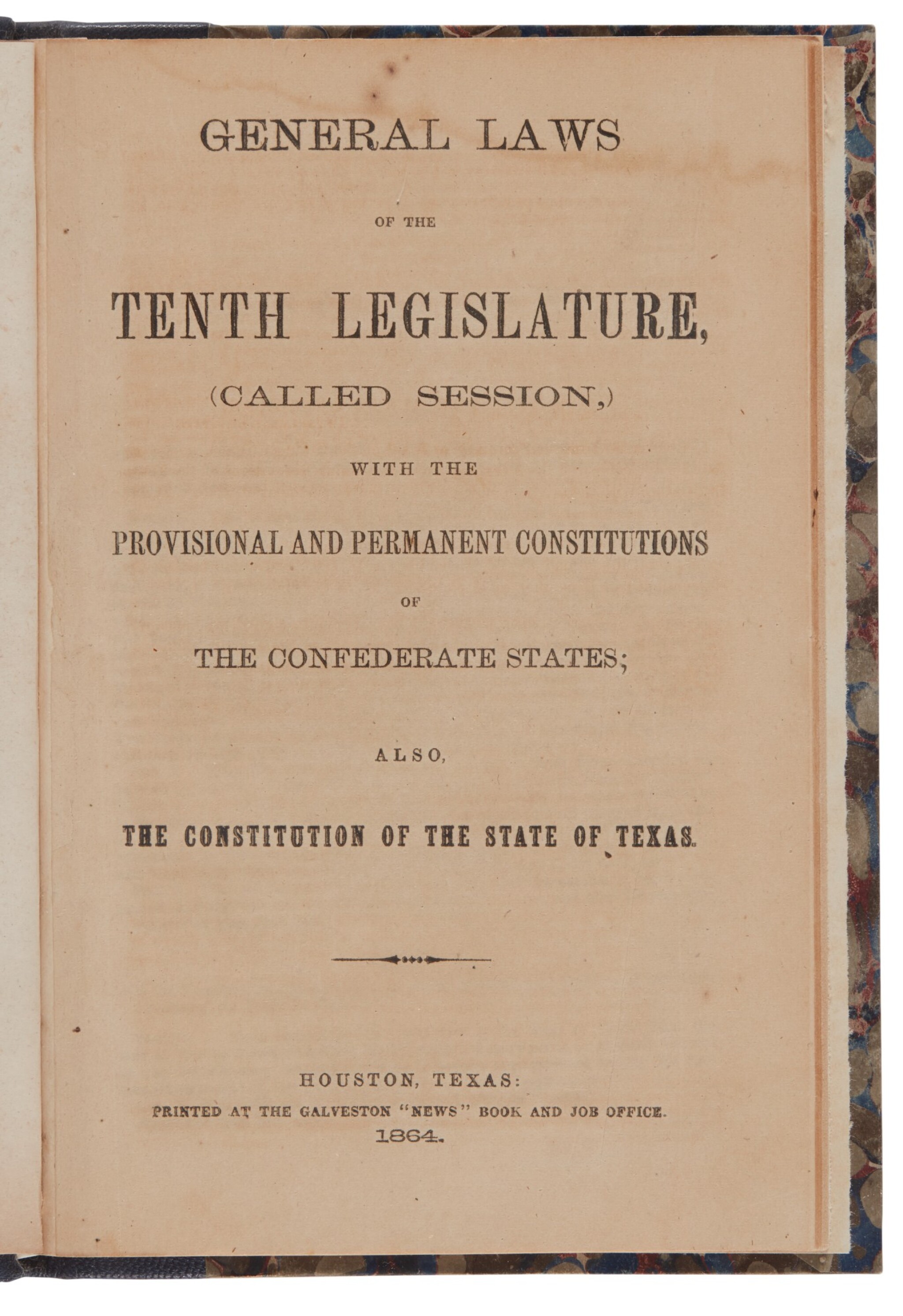 General Laws of the Tenth Legislature (Called Session). With the Provisional and Permanent Constitutions of the Confederate States. Also, the Constitution of the State of Texas. Houston: Printed at the Galveston "News" Book and Job Office, 1864