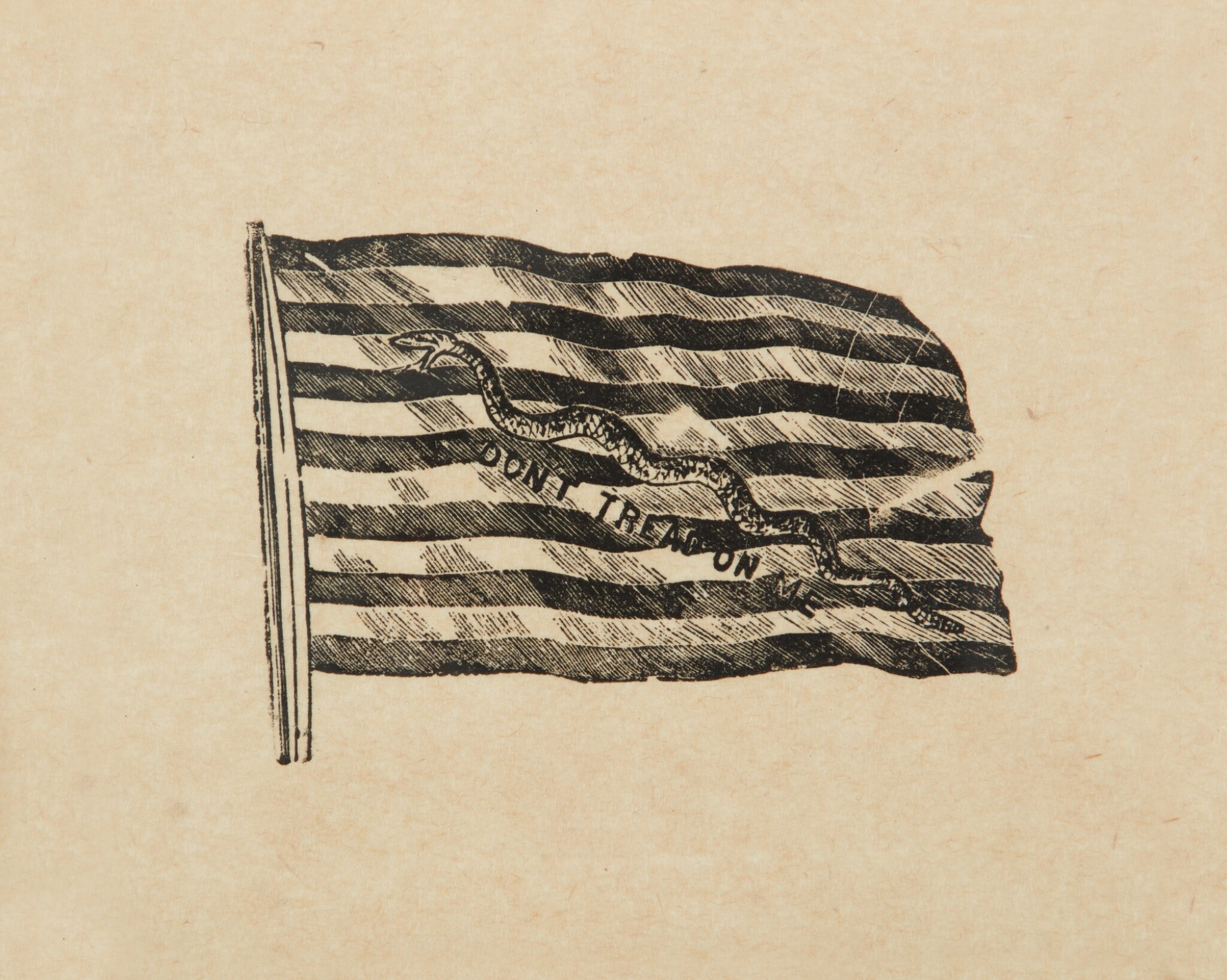 The present political cartoon, depicting a rattlesnake on a striped flag, symbolized the American Revolution as this serpent gave fair warning, but was deadly in its strike. Similar imagery and mottoes adorned several flags throughout the War.