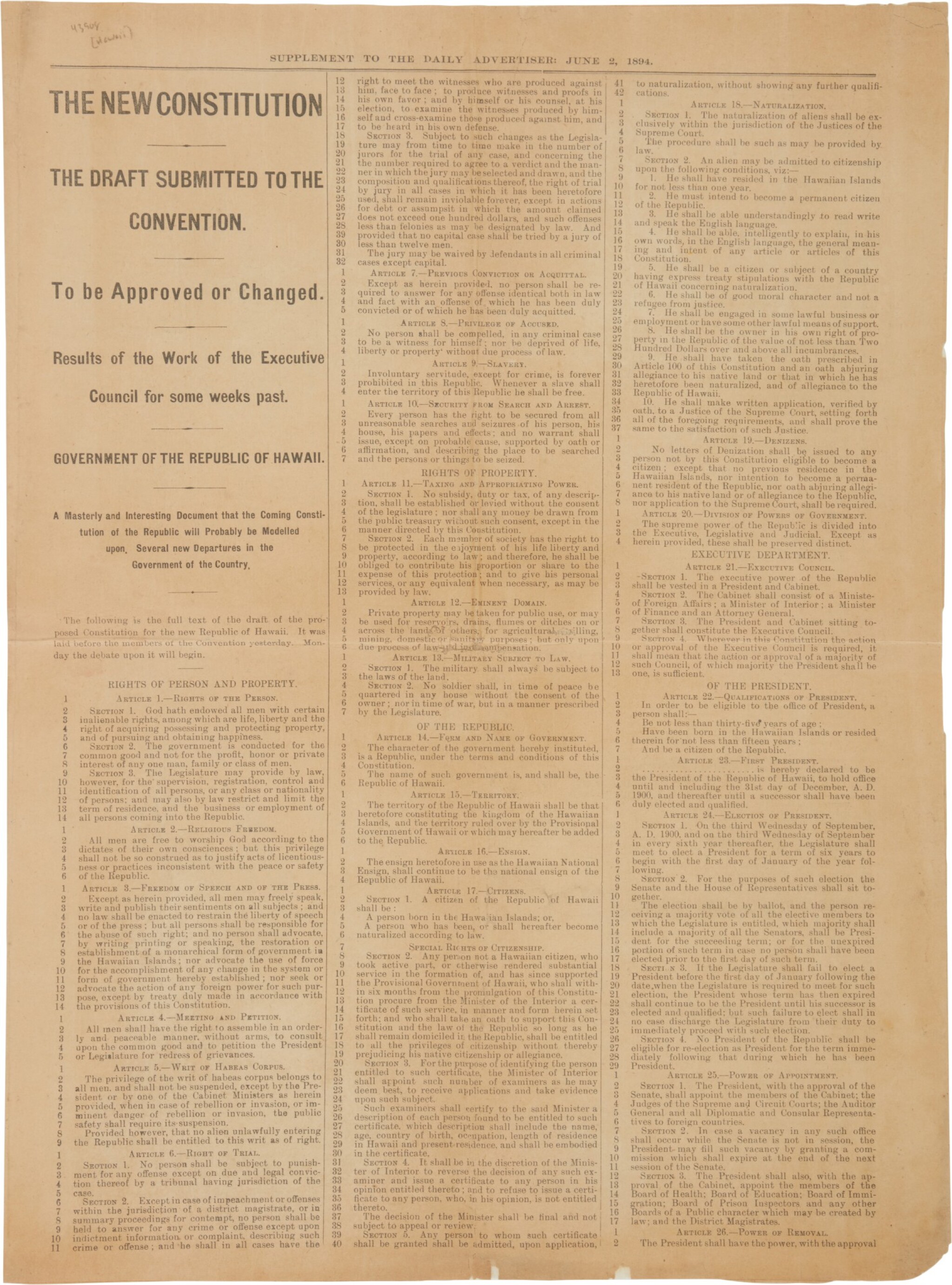 The New Constitution. The Draft Submitted to the Convention. To be Approved or Changed. Results of the Work of the Executive Council for some weeks past. Government of the Republic of Hawaii. Honolulu: Supplement to the Daily Advertiser, June 2, 1894

In the letter that accompanies this lot, the Public Archivist of the State of Hawaii reports that "this was only a draft of the constitution for the Republic of Hawaii, and differs from the one finally accepted and put into operation on July 4, 1894." This was the fundamental law of the short-lived Republic of Hawaii before it was annexed by the United States in 1898 on its long road to statehood in 1959.