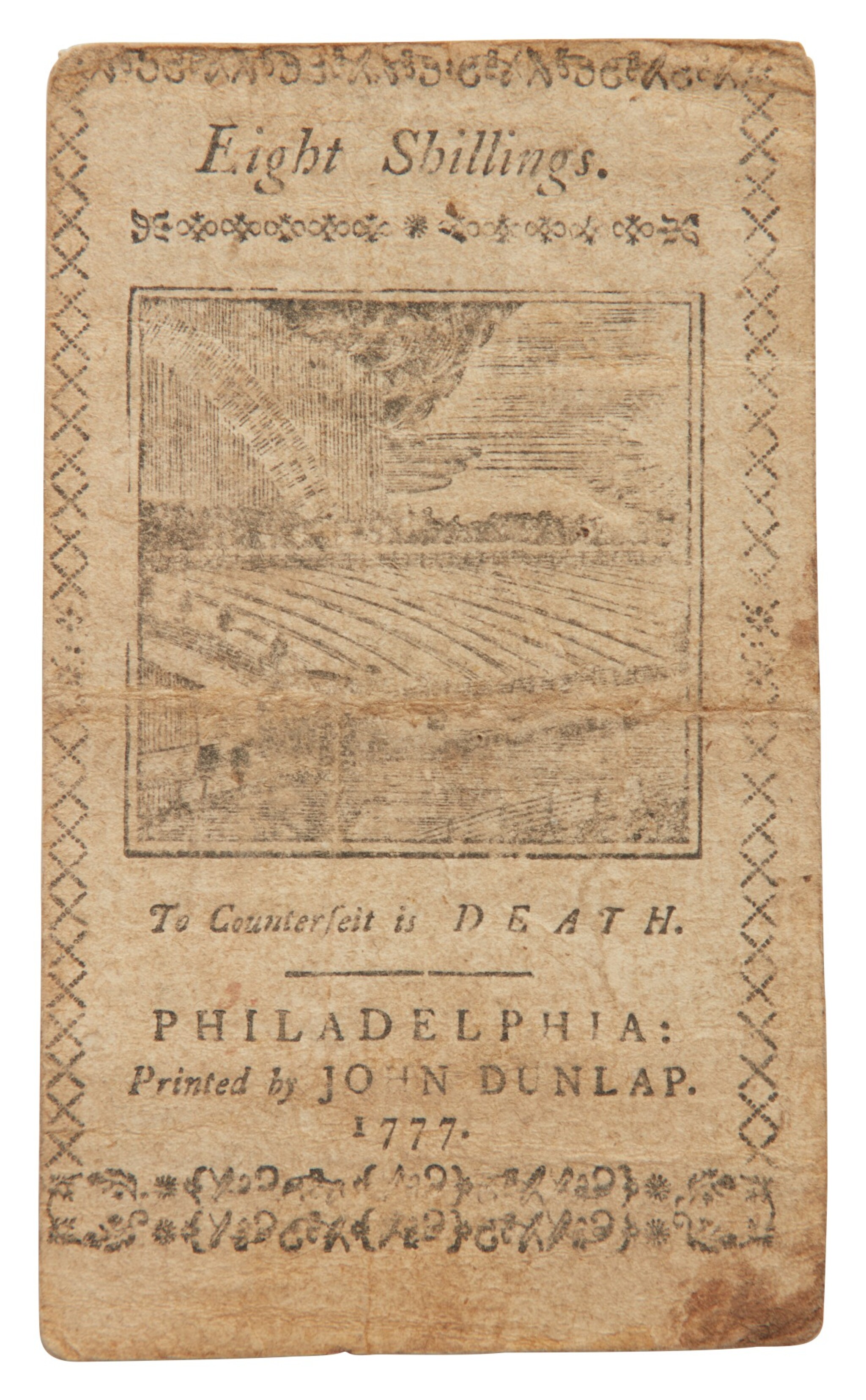 Partially printed document (64 x 108 mm), paper watermarked "PENSYL/VANIA," issued by the General Assembly, with the arms of the Commonwealth of Pennsylvania on the recto, numbered in red ink ("15978") and signed by C. Davis and W. Thorne; old folds and handling wear.

A eight shilling note printed by John Dunlap, official printer to the Continental Congress. The present note was printed just under a year after he produced the first printed copies of the Declaration of Independence.