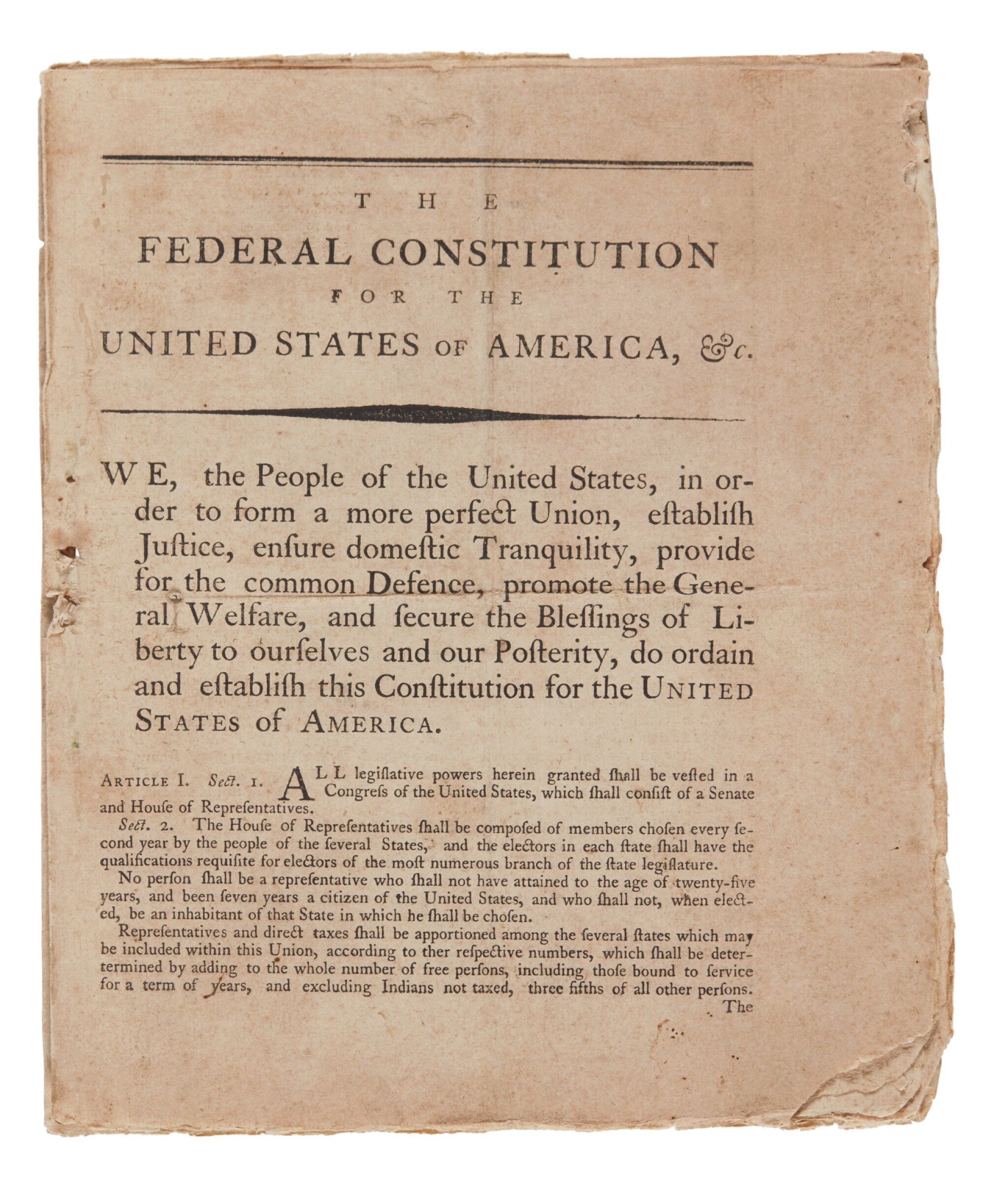 The earliest surviving printing of the Constitution in Virginia and one of the rarest of the contemporary regional printings of the Federal Constitution. Evans failed to locate any copies, but the North American Imprints Project locates copies at the Virginia State Library, Historical Society of Pennsylvania, and the New-York Historical Society. Davis clearly used a copy of the official printing of the Constitution as his copy text, since he also prints the resolution of the Convention adopting the Constitution as well as George Washington's letter referring the charter to the Continental Congress. The official edition of the Constitution probably travelled from Philadelphia to Virginia via the Great Wagon Road that went through Lancaster, Pennsylvania, and thence southwest into the Shenandoah Valley.

The Constitution is supposed to have been printed by the proprietors of the Winchester Virginia Gazette on 26 September 1787—perhaps as a broadside, although the length of the text would make this unlikely—but no copy of this presumed edition has ever been found. On the same day as the lost printing, 26 September, Augustine Davis announced in his Virginia Independent Chronicle that "Our Customers are respectfully informed that, as the Fœderal Constitution was received too late to be published in this day's Chronicle, it will be printed as a pamphlet, and handed to them on Thursday [that is, 27 September]—Non-subscribers may then furnish themselves by applying at this office." On 3 October Davis, who was also the postmaster at Richmond, advertised the Constitution as "Just Published" and for sale at the Post Office for shilling.

Through the offices of James Madison and George Washington, Virginia played an outsized role in the creation of the Constitution, so the first printing of the text in that state is of special resonance.