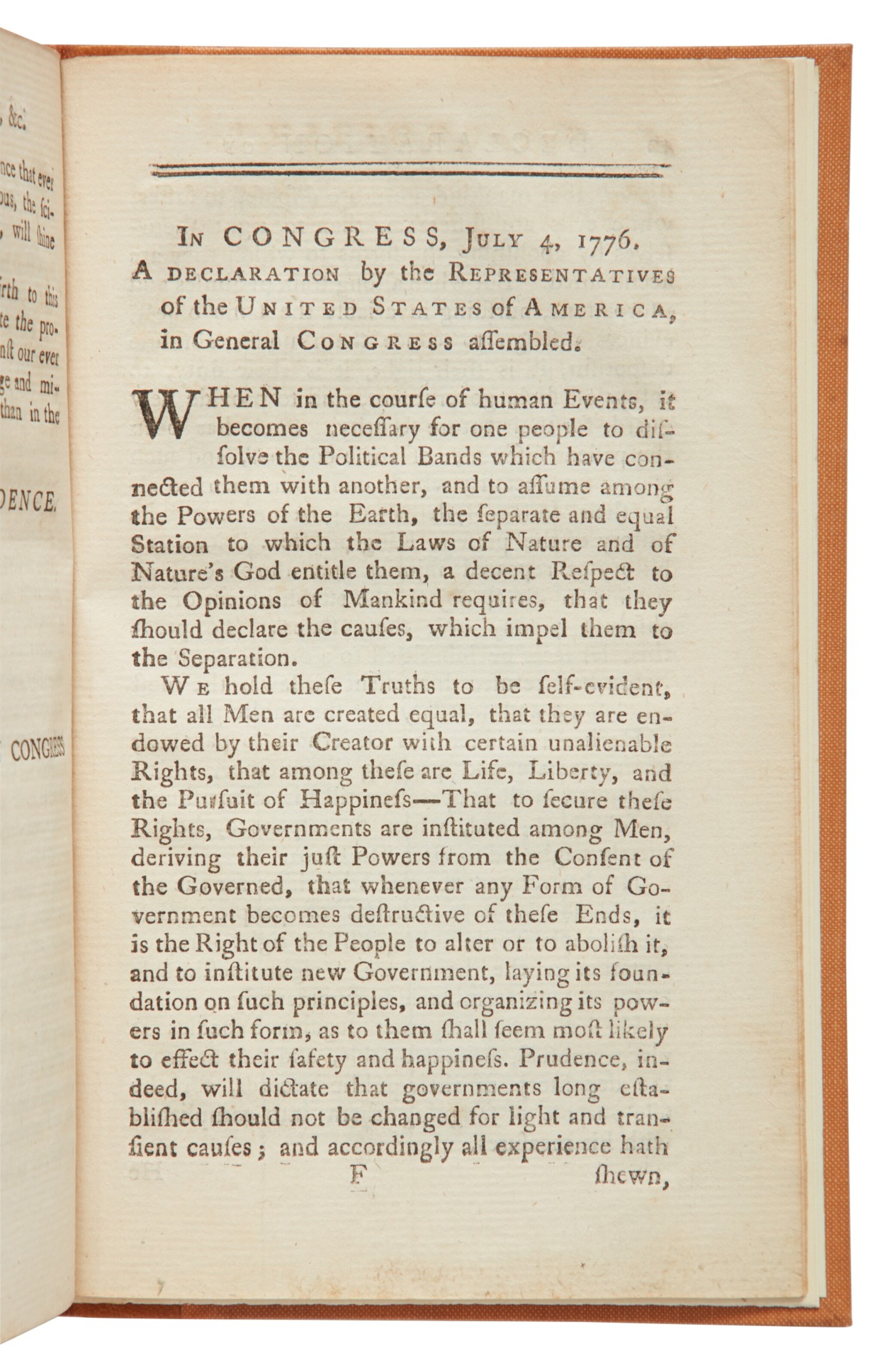 "In Congress, July 4, 1776. A Declaration by the Representatives of the United States of America, in General Congress assembled," pp. 41–46 (F1–3)in The Genuine Princip[les] of the Ancient Saxon, or Englis[h] Constitution[.] Carefully collected from the best Authorities; with some Observations, on their Peculiar Fitness, for the United Colonies in General, and Pennsylvania in Particular. By Demophilus. Philadelphia: Printed, and Sold, by Robert Bell, (July 8,) 1776

8vo in half-sheets (204 x 125 mm). With the scarce and important terminal advertisement leaf (F4); title-page lightly soiled and with loss at upper fore-edge corner costing four letters and one period of the title, first half-sheet (A1–4) creased not affecting legibility, A2 with marginal tear to fore-edge, B2 with repaired tear into last two lines of text at lower margin. Modern half honey-brown morocco.

Very rare: while there are copies of Genuine Principles in a number of major libraries and historical societies, only three other copies have appeared at auction since the Streeter (père) sale.