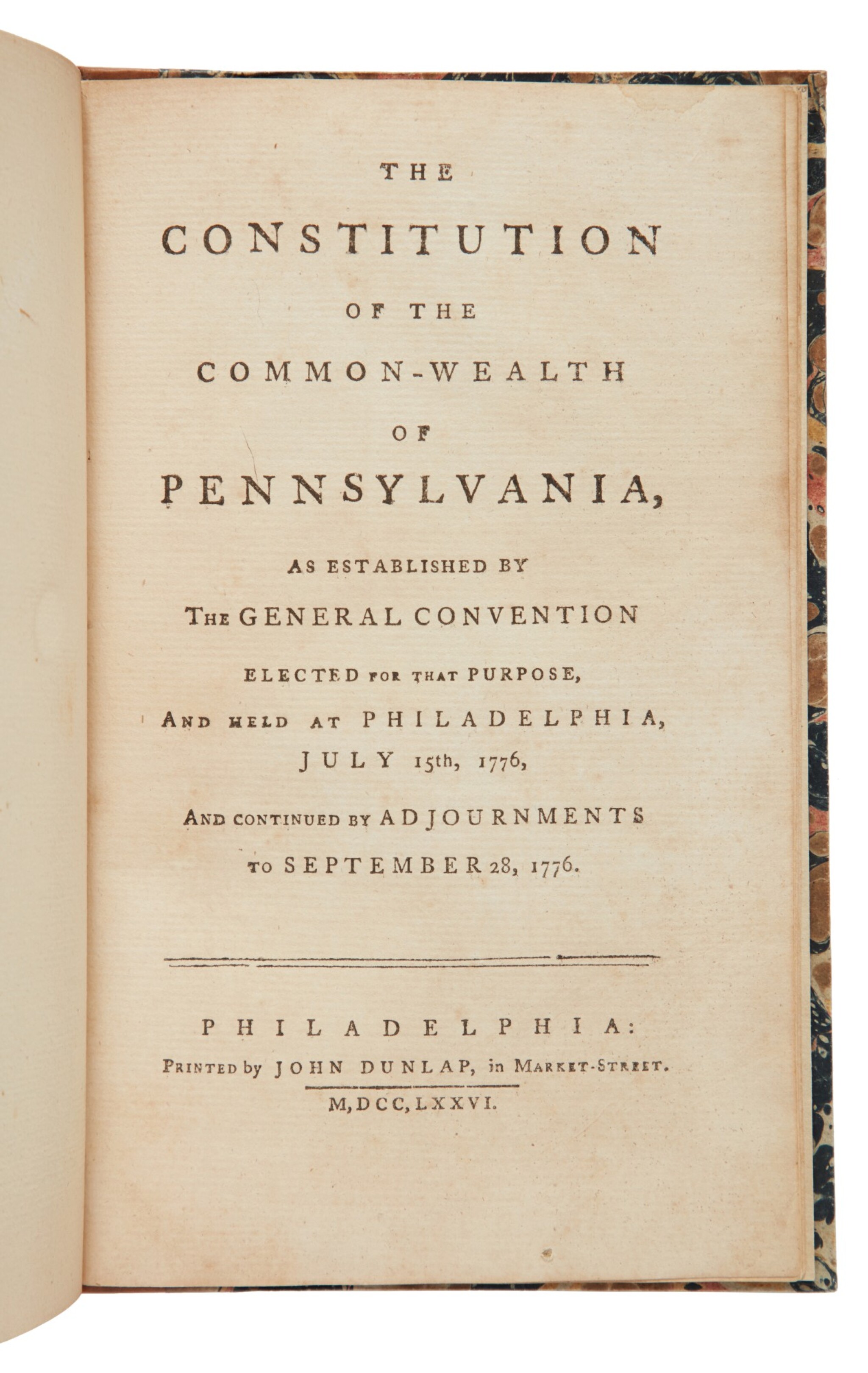 The Constitution of the Common-Wealth of Pennsylvania, as Established by the General Convention Elected for that Purpose, and Held at Philadelphia, July 15th, 1776, and Continued by Adjournments to September 28, 1776. Philadelphia: John Dunlap, 1776

The convention produced a document that embraced direct popular rule; the charter was drafted by Robert Whitehill, Timothy Matlack, Dr. Thomas Young, George Bryan, James Cannon, and Franklin. Like the Declaration, the Pennsylvania constitution began with a preamble that inveighed against George III and his unlawful war against the Colonies.

Some of the innovations of the constitution included voting franchise without property qualifications for all taxpaying freemen; a unicameral legislature, with members elected to one-year terms; a thirteen-member Supreme Executive Council to administer the government; and a judiciary appointed by the legislature for seven-year terms, and removable at any time. Rare: only two other copies appear in the auction records.