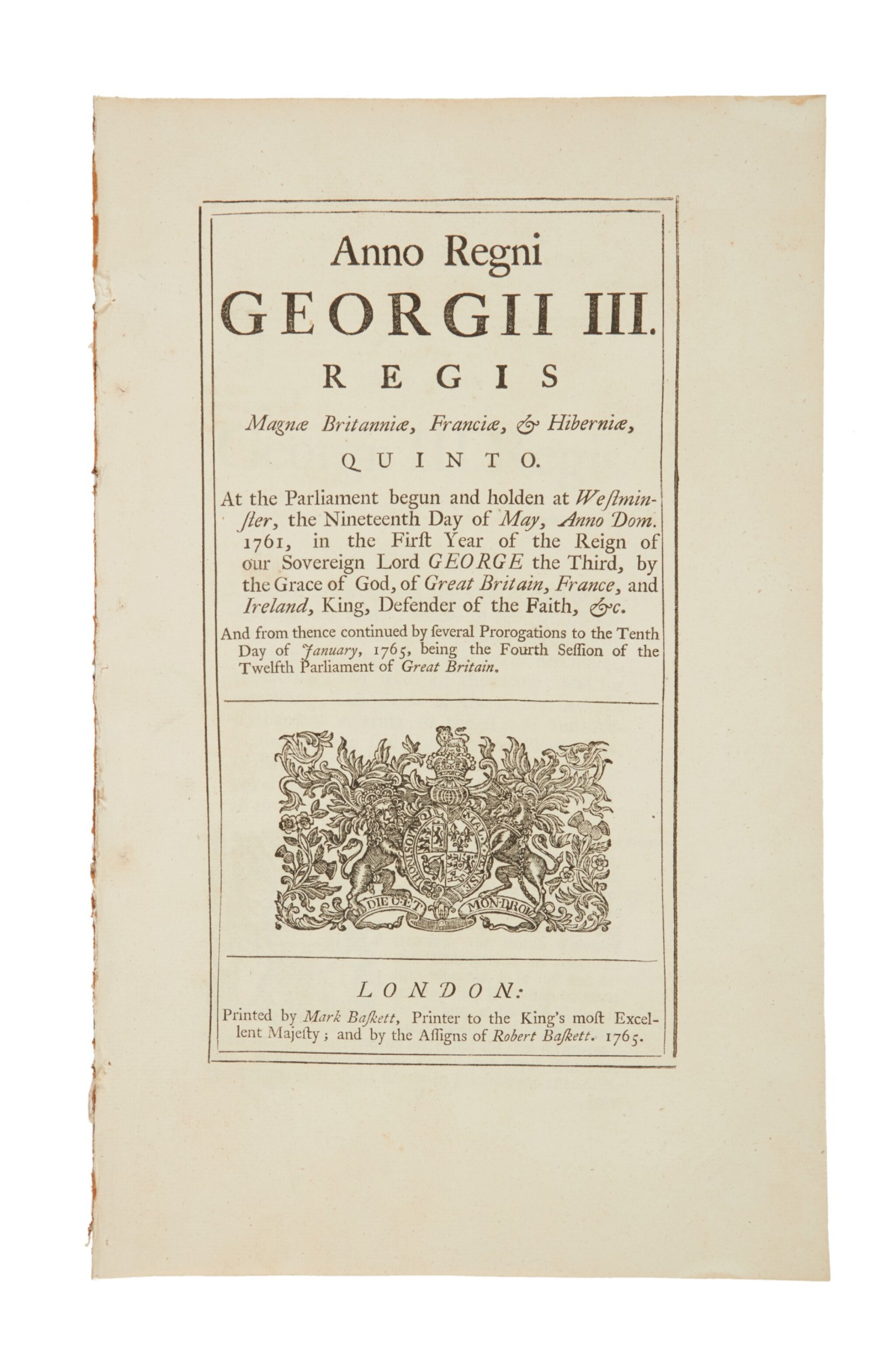 An Act for granting and applying certain Stamp Duties, and other Duties, in the British Colonies and Plantations in America, towards further defraying the Expences of defending, protecting, and securing the same; and for amending such Parts of the several Acts of Parliament relating to the Trade and Revenues of the said Colonies and Plantations, as direct the Manner of determining and recovering the Penalties and Forfeitures therein mentioned [drop head title]. London: Printed by Mark Baskett and the Assigns of Robert Baskett, 1765

First edition containing the infamous Stamp Act. This was the first internal tax levied directly on American colonists by the British Parliament and came at a time when the British Empire was deep in debt from the Seven Years' War (1756–63) and looking to its North American colonies as a revenue source. The act imposed a tax on all paper documents in the colonies, such as ships' papers, legal documents, land deeds, college diplomas, liquor licenses, newspapers, pamphlets, calendars and almanacs, and even playing cards. Items written or published in any language other than English would be taxed at double the normal rate. Parliament passed the Act on 22 March 1765 and it was to take effect on 1 November that year.

Government without consent. Colonial resistance to the mandate was vehement, not only because of its financial exploitation, but because it markedly raised doubts about the colonists' status within the British Empire. "If the British Parliament, a body in which they had no representatives, could tax them at will, then it could do anything else without their consent. … If colonists truly did enjoy all the same liberties and privileges as those born in England, why should they have to submit to taxes levied by other people's representatives?" (Colonists, Citizens, Constitutions, p. 28)