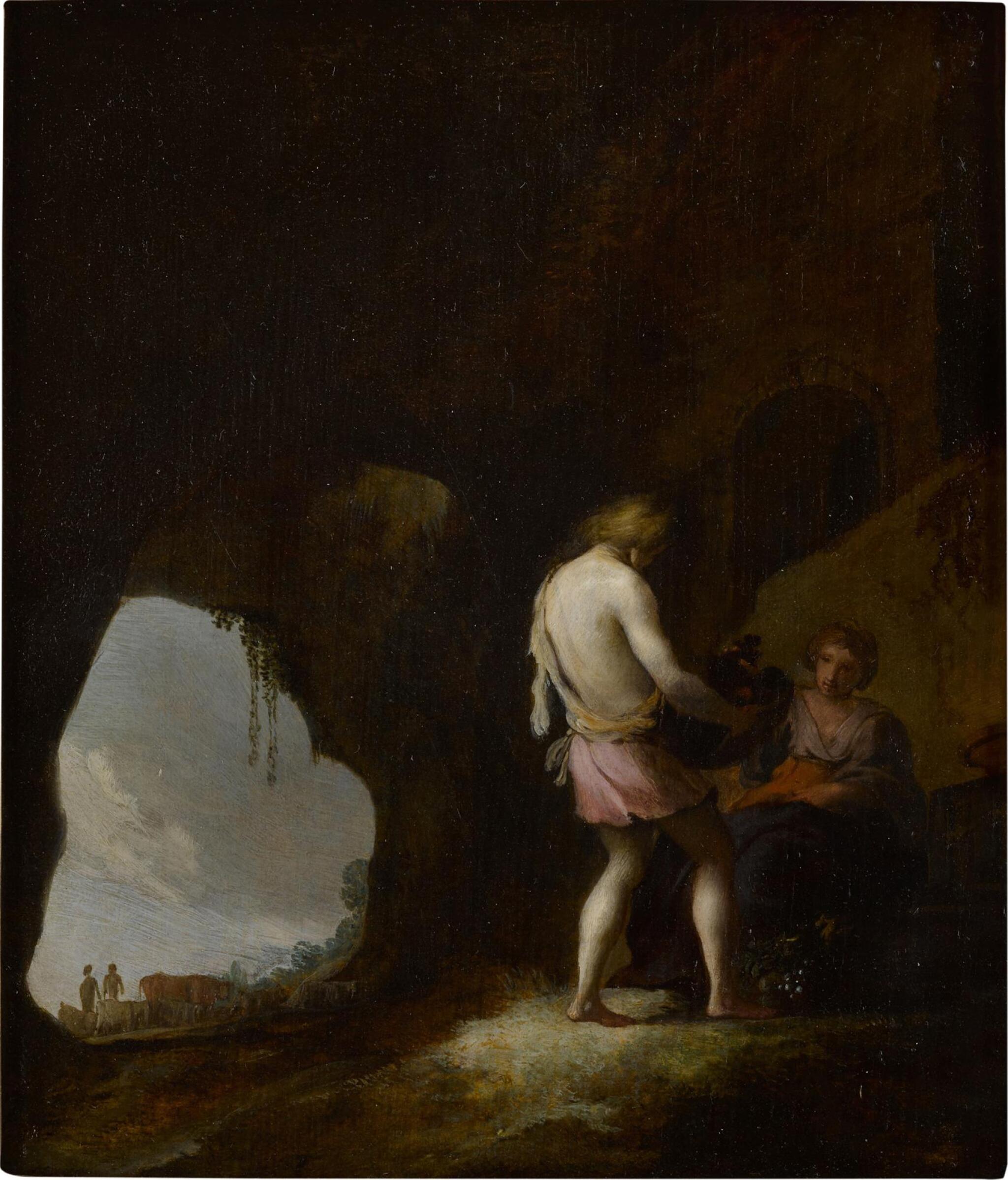 The panel is flat, stable, and beveled on all four sides of the reserve. The image reads well beneath clear varnish despite the dark background that is part of the artist's style. No repairs or retouching are visible to the naked eye. The monogram is faintly visible in the lower right, but is intact. Under UV inspection, scattered small strokes of retouching are visible throughout, mostly in the dark background and some in the area of sky seen through the cave opening. All retouching has been well applied and is not distracting. The painting is in overall good condition and should hang in its present state. Offered in a decoratively carved giltwood frame.

Moses van Uyttenbroeck became a member of the Guild of St. Luke in the Hague in 1620, and only about 70 works by the artist survive. Though he probably did not travel to Italy, he drew inspiration from the Italianate landscapes by his Dutch contemporaries, as seen in the ruins included here. In his middle and later years of activity, he painted genre scenes that refer to mythological and pastoral themes in a general way and place less emphasis on landscape.

When the present lot was exhibited in Utrecht it was attributed to an anonymous "Monogrammist MB." Though Uyttenbroeck only monogrammed a handful of works, he seems to have varied his signature each time, making it difficult to identify. At least one other work given to him is monogrammed similarly: Moses found by the Pharoah's Daughter, monogrammed MB f. and now in the Rijksmuseum, Amsterdam.1