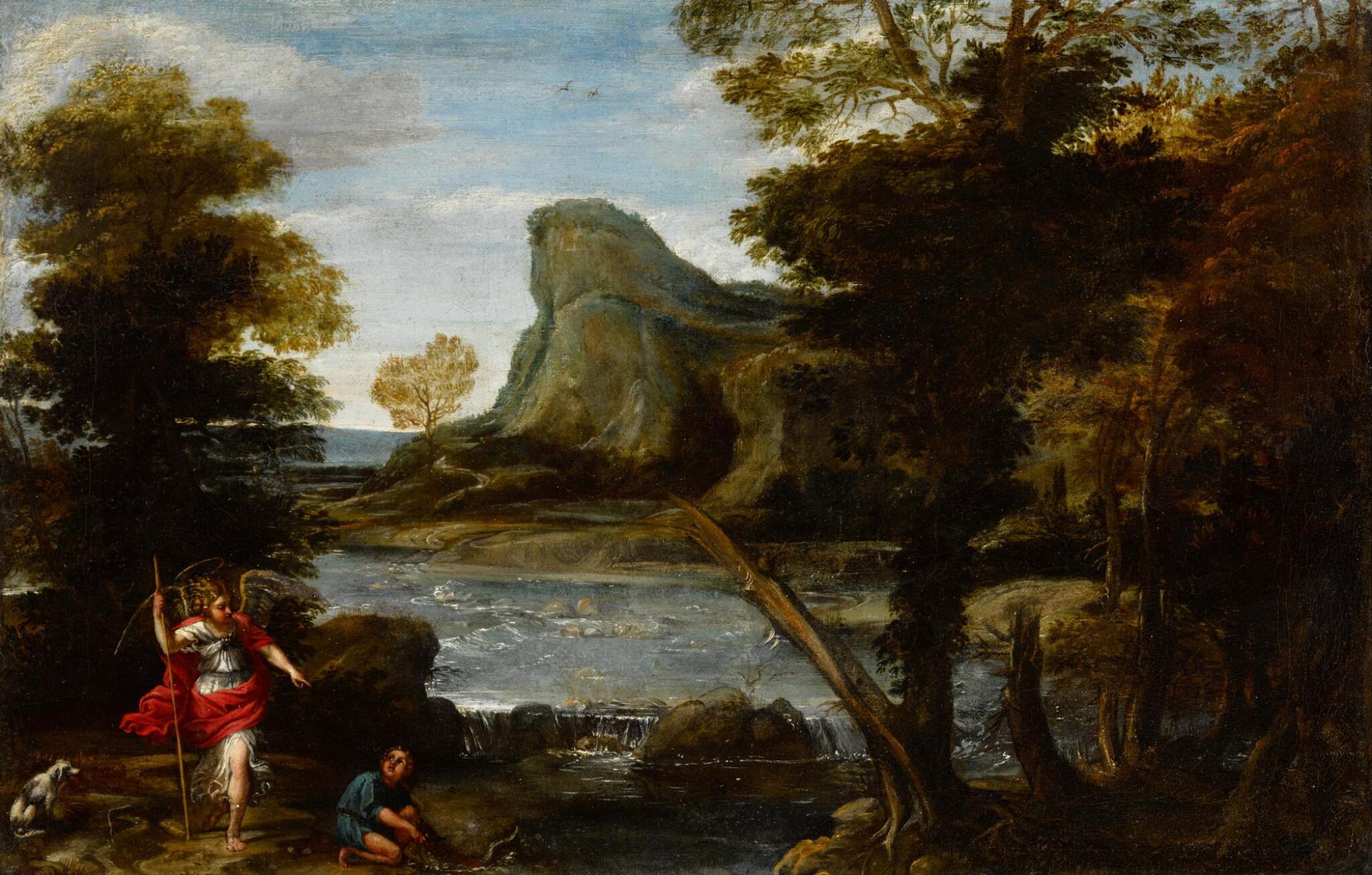 Domenichino was the leader of early 17th-century Emilian landscape painting, which embraced the naturalism and purity of subject made popular in the region by the Carracci in the preceding years. His landscapes, of which the present type is characteristic, are in essence pure landscape compositions that at the time were new and exciting inventions that put nature and its endless variety at the center of the visual narrative. They were made popular by Domenichino as well as by a number of previously overlooked specialists in the genre.

One such specialist was Giovanni Battista Viola, who was known to have both collaborated with Domenichino and produced independent work. Viola's first master, Annibale Carracci, has also been credited with the execution of this picture in the past (see Provenance). Furthermore, Antonio Carracci, the son of Agostino and the nephew of Annibale Carracci, is a more elusive figure in this narrative, yet is the name which Sir Denis Mahon attached to the work upon studying it firsthand in 1996. Richard Spear, to whom we are grateful, maintains a full attribution to Domenichino, while John Marciari has argued for an attribution to Viola from circa 1610 on the basis of comparison with other works by Viola. Specifically, he draws comparison to two St. John the Baptist landscapes in the Pitti, a Concert on the Water and Landscape with St. Eustache, both in the Louvre.