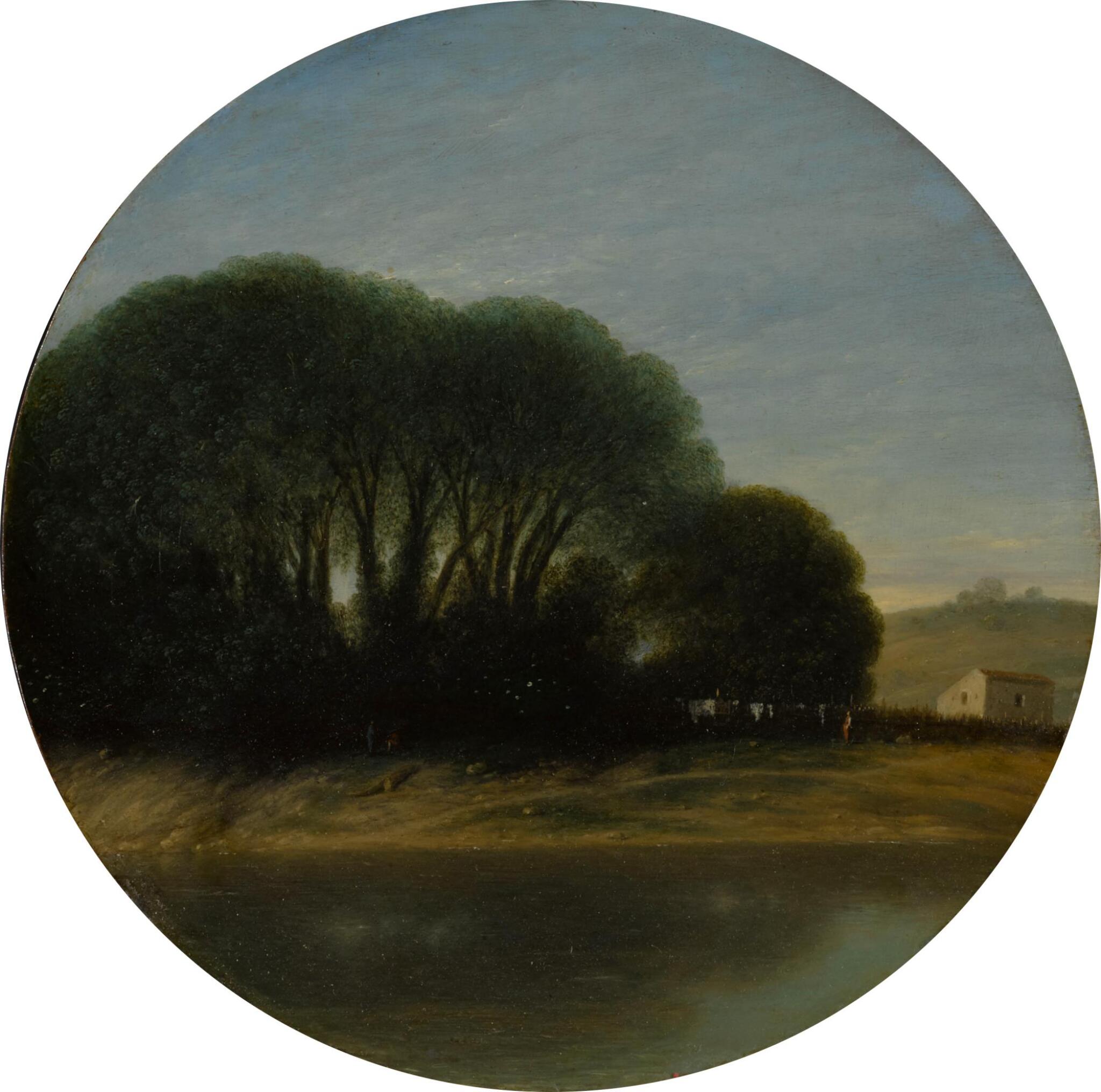 Gottfried Wals was a German landscape painter who worked in Italy during the first decades of the seventeenth century. Wals studied with the artist Agostino Tassi in Rome, when he also came under the influence of Adam Elsheimer, a German artist who worked primarily on copper. While only a small number of paintings have been attributed to Wals, his name is known primarily because Filippo Baldinucci (1625-1696) wrote that Claude Lorrain, arguably the most famous landscape painter of the seventeenth century, trained under Wals from about 1620 to 1623, when they were both living in Naples.1 Furthermore, he is probably the "Godffredo fiammingo" who assisted Agostino Tassi in Rome between 1613 and 1618. His known oeuvre is reconstructed from one signed etching and several related paintings, one inscribed "Guffride" on the back of the picture.2

﻿The present copper is characteristic of Wals' style and showcases his adept synthesis of the German and Italian traditions of landscape painting. Painted on a small scale, on copper, and in a circular format, like many of the his landscapes, it features a simple division between the foreground, middle ground and background, a luminously painted sky, tiny figures, and a subdued palette of earthy colors.3 Of all of the paintings given to the artist, the present composition is closest in design to his signed etching in the collection of the Albertina, Vienna (inv. no. D/III/30/3). It is easy to imagine how the striking realism of Wals' paintings, with their intricate details, balanced compositions, and explorations of the transforming effects of sunlight, indeed influenced Claude Lorrain, who would go on to inspire the work of Jean-Baptiste-Camille Corot.4