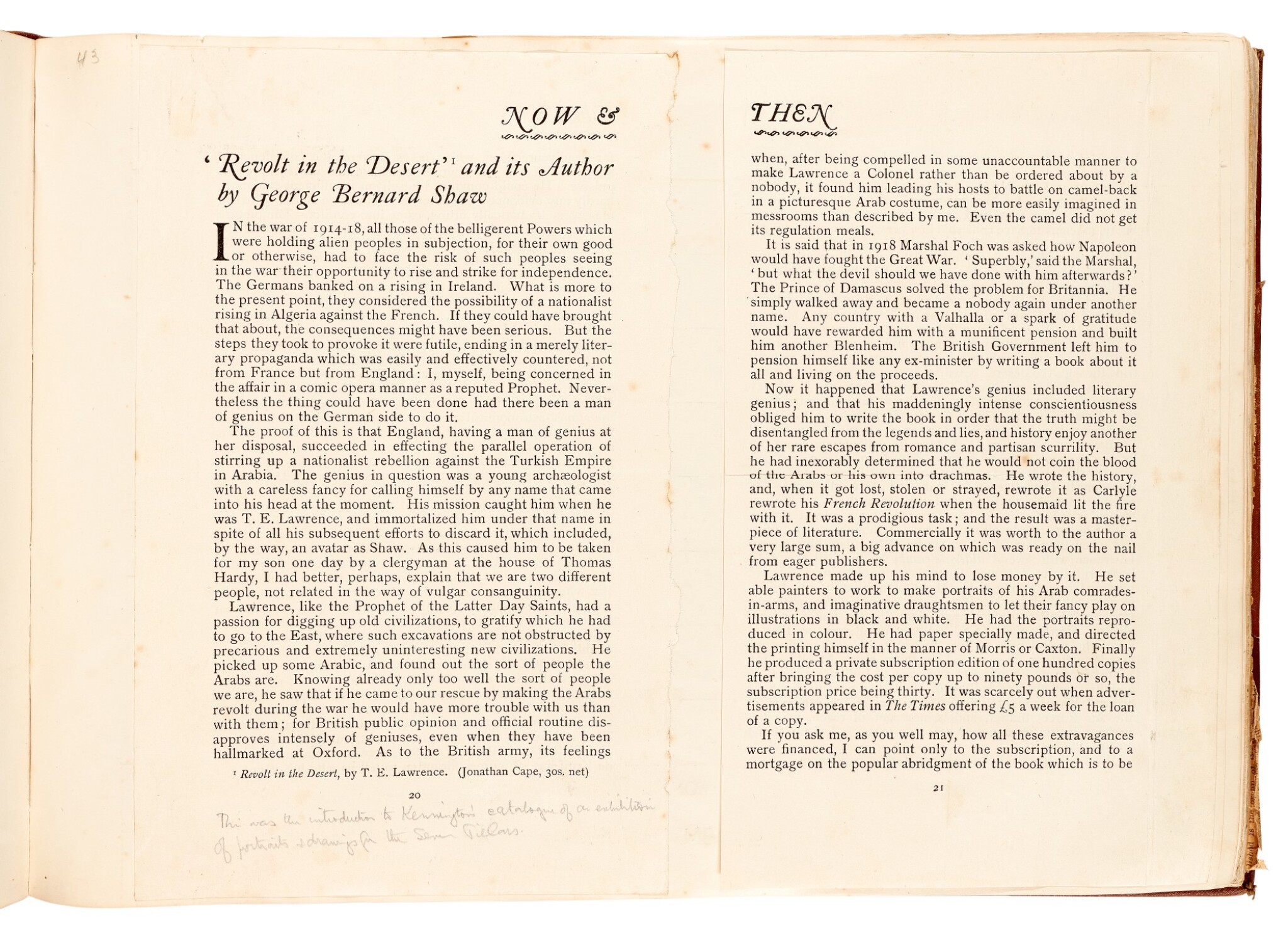 containing cuttings of newspaper articles which took him as their subject, including reviews of Revolt in the Desert, articles about Seven Pillars of Wisdom, biographical news items on his life in the RAF, and reviews of Graves's Lawrence and the Arabs, chiefly from the British press but also from European (chiefly German), South African, Australian, Indian, American, and other newspapers, WITH ABOUT 80 PENCIL ANNOTATIONS IN THE HAND OF T.E. LAWRENCE with a range of comments often dismissing ("This article is the most complete rubbish") or correcting articles, also with three cuttings annotated by Charlotte Shaw ("Note by Mrs GBS who sent me all these reviews to India"), pasted from the reverse of an unused RAF service register (Digest of Engine Troubles, RAF 34S), 180 leaves with c.50 pages containing pencil annotations by Lawrence, oblong folio, cloth backed boards, cuttings dated 13 December 1926 to 2 April 1928

LAWRENCE TURNS HIS CRITICAL EYE TO HIS PRESS COVERAGE. Lawrence's most frequent annotation is an ironic "Ha Ha!" to claims which he believes to be absurd. He also corrects factual inaccuracies, sometimes guesses at the identity of anonymous reviewers, and occasionally compliments a writer for their prose or their insights. His most interesting interjections are on the subject of Arabia. He rejects the ideal of a united Arabia as "pernicious lunacy" and regards the region as having been "reasonably stabilised by the Winston [Churchill] settlement of 1921-22". The album dates from Lawrence's posting to the RAF depot in Karachi. It has been suggested that Lawrence annotated these cuttings for the benefit of a friend, perhaps Siegfried Sassoon, in whose library this volume was once found.