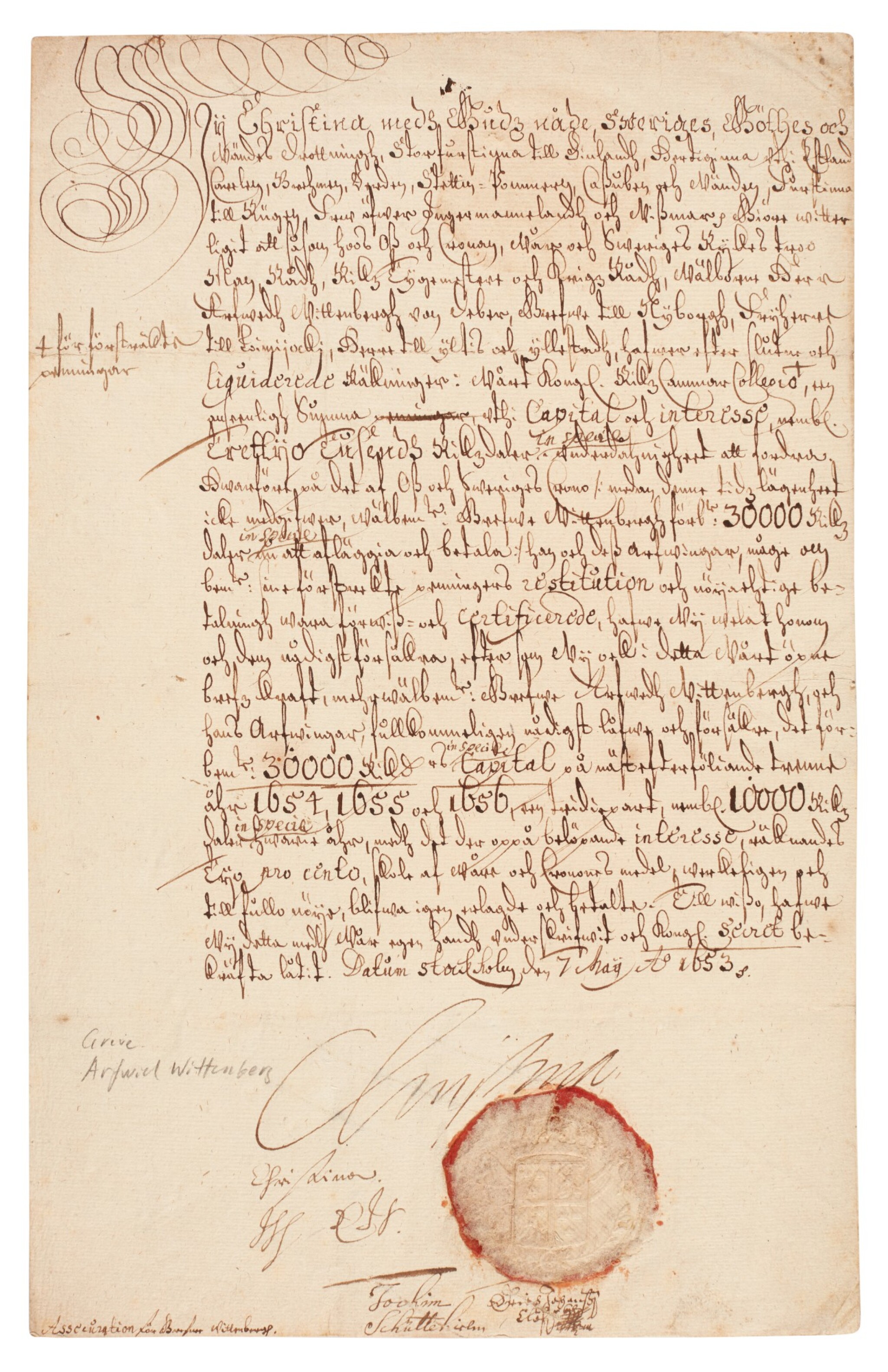 in Swedish, acknowledging that the Crown owes Wittenberg the sum of 30,000 riksdaler, and stating that the debt will be repaid over the three years 1654-1656, at 10,000 riksdaler capital each year plus interest at 10%.