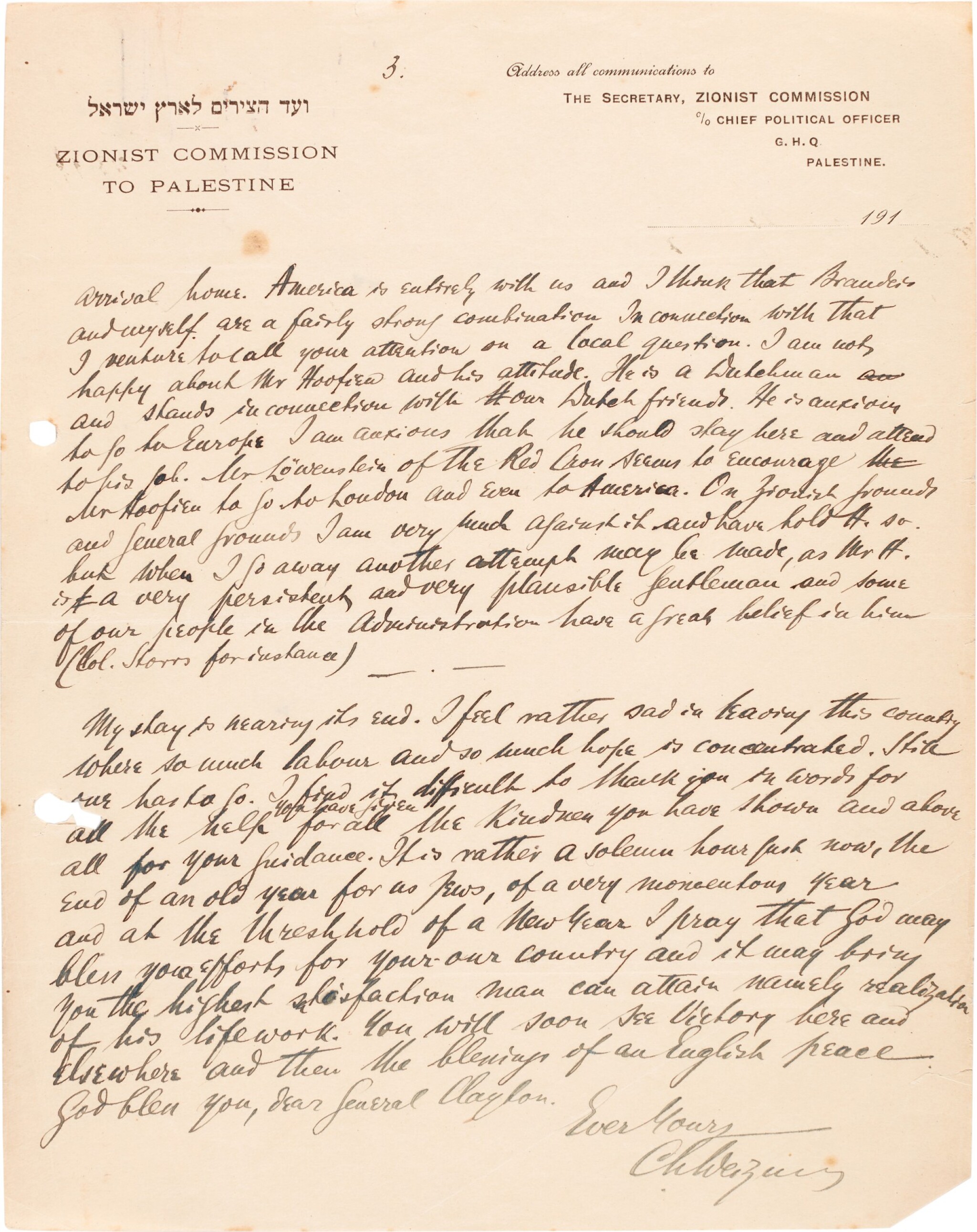 SUMMARISING THE STATE OF WORLD ZIONISM IN THE CLOSING MONTHS OF WORLD WAR ONE, analysing firstly the position of Zionists under the Central Powers ("...This is a clever move made by the Germans. They have got the Zionist element neutralised by other non or antizionist bodies and they are throwing out a bait to the Jewish people in form of colonizing concessions wrung out from the Turk..."), then those in neutral countries ("..They have no struggle at all, they are just sitting on the fence and have become demoralized..."), and finally looking to the New World ("...America is entirely with us and I think that [Louis] Brandeis and myself are a fairly strong combination..."), concluding with his heartfelt thanks to Clayton for his support as Weizmann prepares to leave Palestine ("...at the threshold of a New Year I pray that God may bless your efforts for your-our country and it may bring you the highest satisfaction man can attain namely realization of his lifework..."), 3 pages, 4to, text on rectos only, headed stationery of the Zionist Commission to Palestine, 6 September 1918

"...I feel rather sad in leaving this country where so much labour as so much hope is concentrated..."

A HIGHLY SIGNIFICANT LETTER COMBINING ASTUTE POLITICAL ANALYSIS WITH WEIZMANN'S GREAT HOPES FOR THE FUTURE. Weizmann was an Anglophile and believed that Britain was the best hope for achieving Zionist aspirations, as expressed in the Balfour Declaration. However he understood that Zionists elsewhere in Europe did not all agree with his policy, especially given the German alliance with the Ottoman Empire, which still ruled parts of Palestine. Weizmann enjoyed a good relationship with the Military Governor of Occupied Palestine, Gilbert Clayton, and his 1918 trip to the region had also included his first meeting with Emir Feisal (see lot 38)