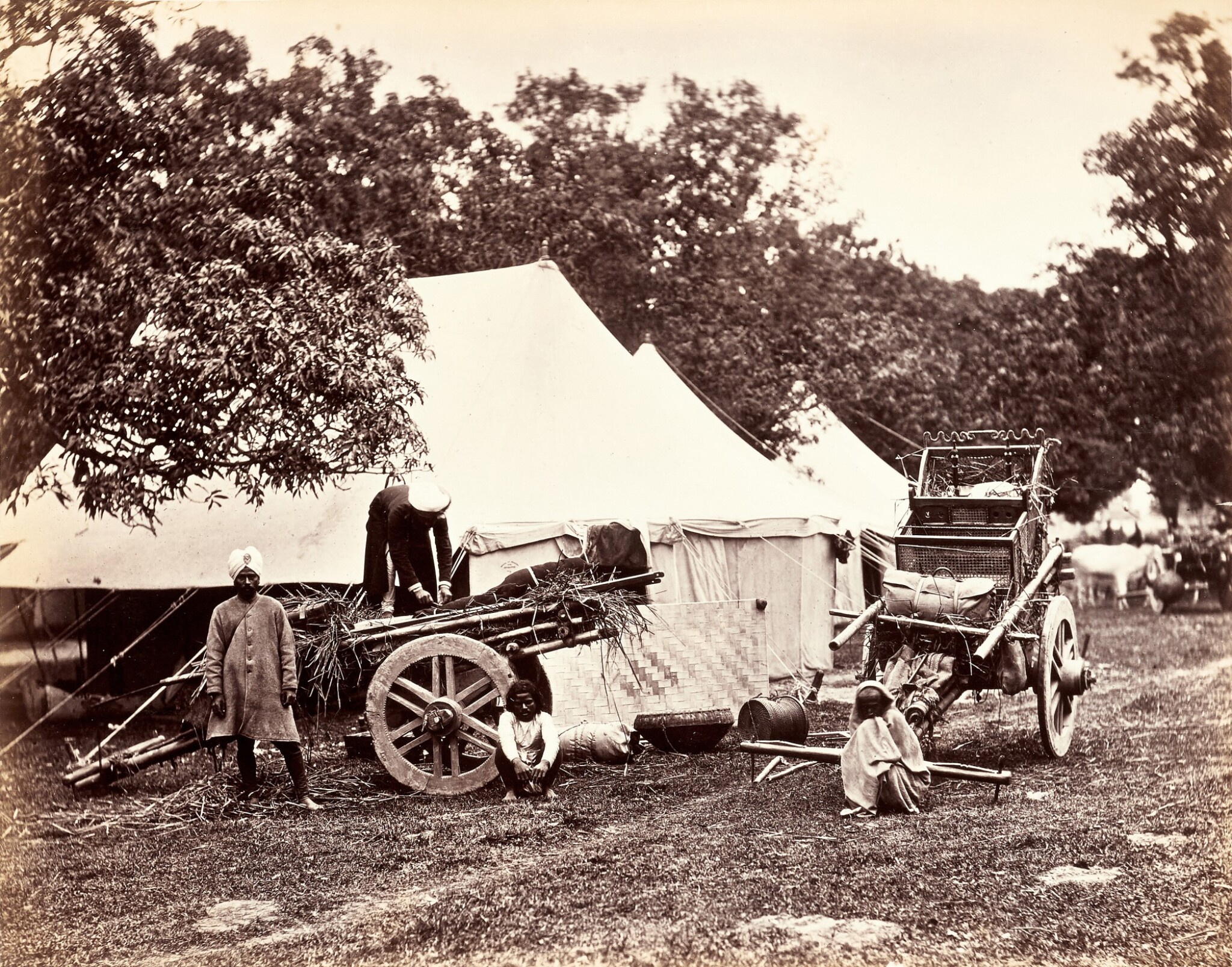 An unusual photographic record of Lord Knaresborough's safari and hunting expedition and tours through India, and a detailed visual record of India under the British Raj.

In the front of the larger album there is a manuscript tally of all the game caught, and various members of the hunting party are identified. Luminaries such as the Maharajah of Darbanga and the Duke of Portland were members of the expedition. Beyond the usual photographs of the big game caught on these expeditions, views of the Taj Mahal, and so on, there are also unusual scenes of camp life and local people.

Henry Meysey Thompson (1845-1929) was private secretary to Gladstone in 1874 and eventually became a Liberal MP in 1880. He was raised to the peerage in 1905 as Baron Knaresborough and in 1912 he became chairman of the North-Eastern Railway.