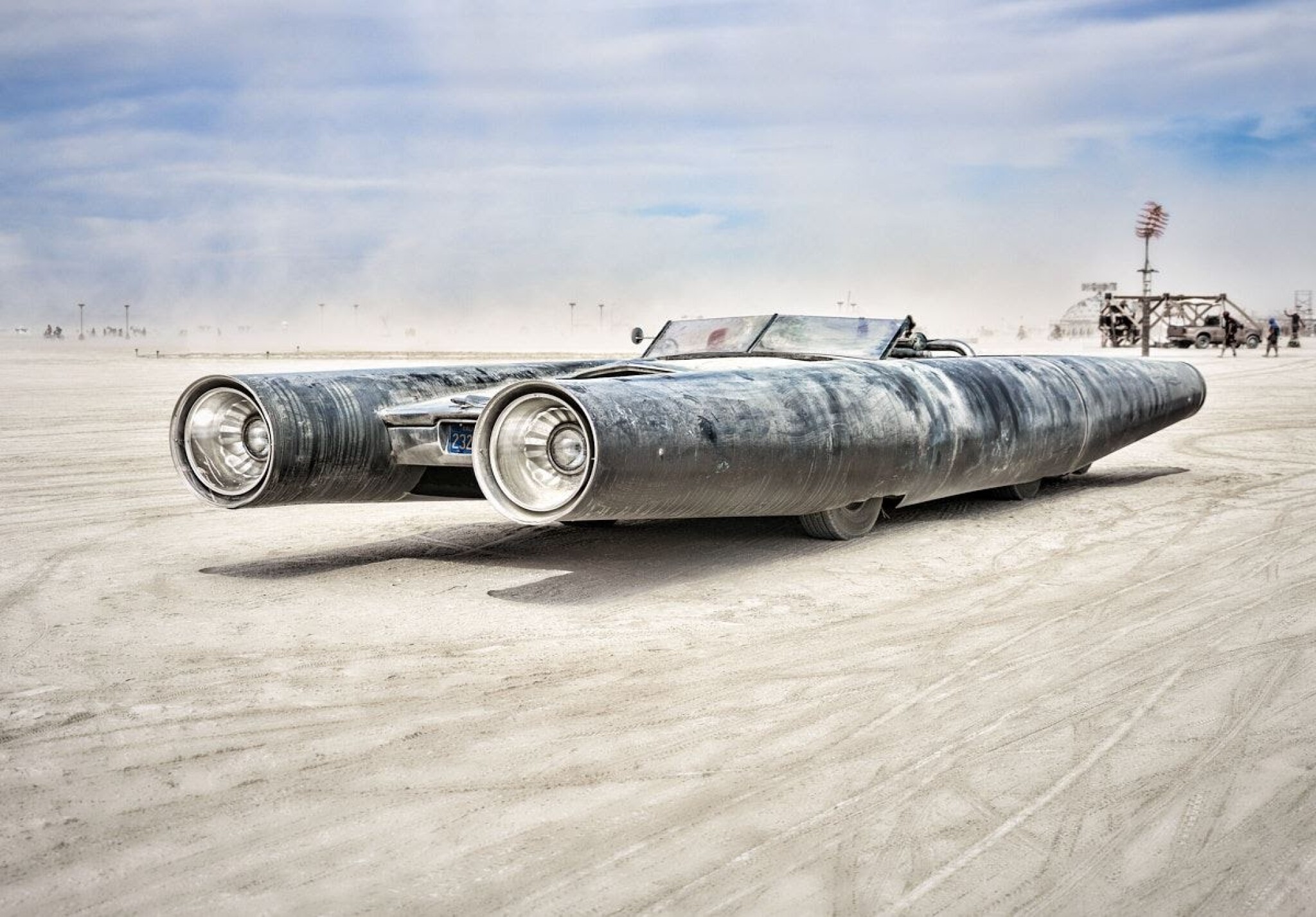 While the typical requirements of Black Rock City’s Department of Mutant Vehicles state that any car allowed to drive on the Playa must be completely unrecognizable from its regular production counterpart, the work of Petaluma, CA-based art car master David Best is so extraordinary that exceptions were made. Built with a talented team in 2003 from an original 1973 Cadillac Sedan DeVille, Best’s finished art piece is like a concept car Detroit designers could only dream of.

Measuring forty feet in length, this Cadillac Rocket Car appears to float down the road as easily as it does cruising the flat earth around Black Rock City. This finished piece of rolling sculpture has been documented by San Francisco’s KQED Arts channel and has been a beloved guest of previous Burning Man gatherings, having been photographed with as many as sixteen passengers on board. With unmatched provenance among Mutant Vehicles, this rocket Cadillac is ready to roll.

David Best is an internationally acclaimed artist well-known for building large elaborate temples, modifying and decorating automobiles and buses, and creating intricate sculptures out of found materials. David’s art career started at the age of six years old, taking classes at the San Francisco Art Institute, where he later received a master’s degree in sculpture. David’s work is collected by preeminent museums and art collectors. He is a contemporary of California artists William Wiley, Al Farrow, and Rick Griffin, but has also collaborated with people who are merely interested in working with him on his projects.

Since the beginning of this millennium, David and the Temple Crew have become revered for their work creating intricate environments at Burning Man. Similar works have now been replicated in communities from Nepal to Ireland and with other international locations on the horizon. David works out of Petaluma in Sonoma County, California, where he resides with his wife Maggie and a bevy of farm animals, trucks, and an assortment of mutant vehicles.

This lot is being offered for sale from Petaluma, California and is not at Sotheby’s York Avenue location. Prospective buyers may contact RM Sotheby’s with inquiries via clientservices@rmsothebys.com.