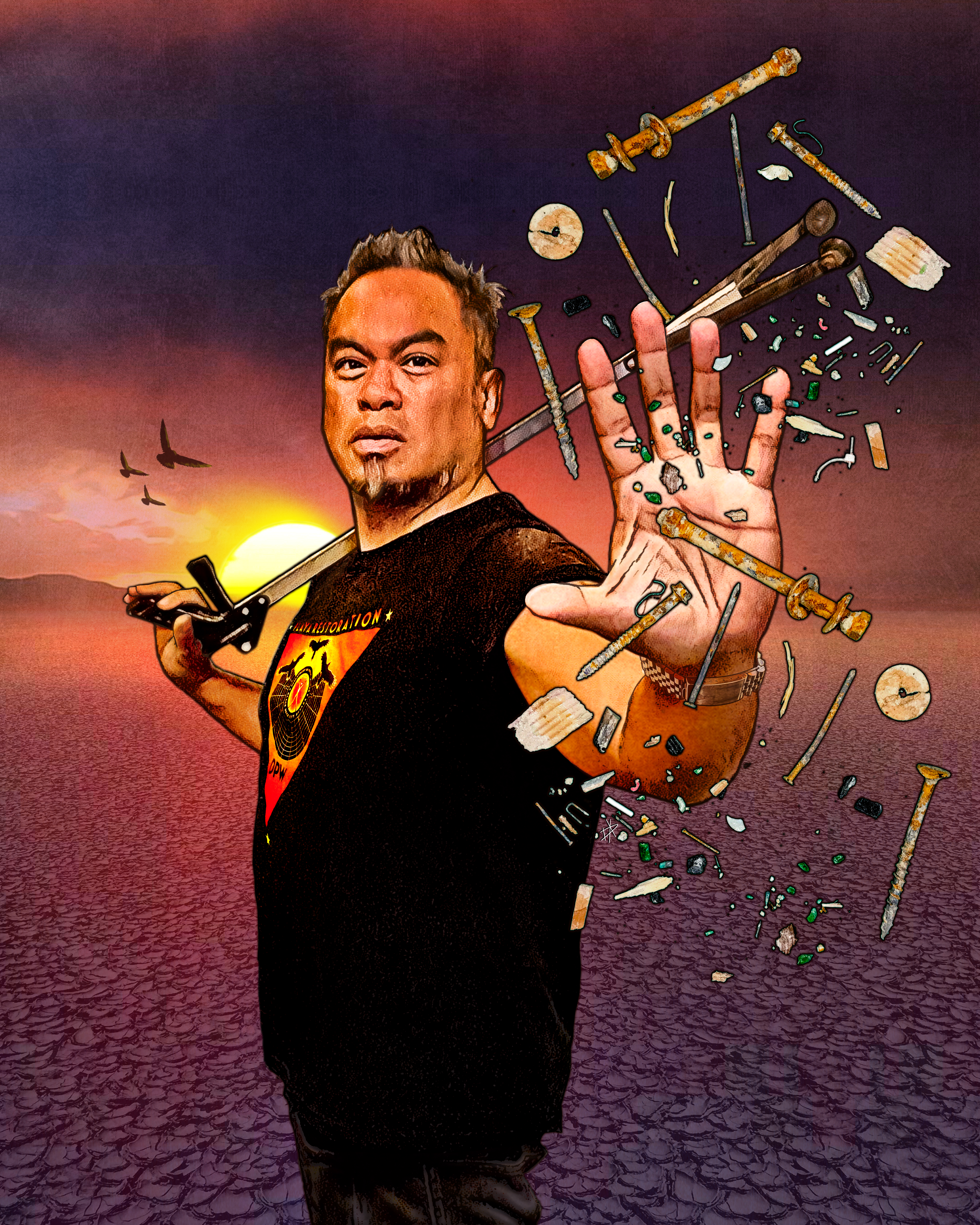 Swan Song (Leaving No Trace Was Just The Beginning)

Please note this is a Phygital NFT accompanied by a physical artwork:

Swan Song (Leaving No Trace Was Just The Beginning) is a self-portrait by the D.A. of Black Rock, commemorating the 25th anniversary of his first burn. Here, the artist steps towards the future as he takes a look back at his life’s work and legacy– from newbie volunteer participant to Burning Man’s Environment Restoration Manager, responsible for Leaving No Trace on the Black Rock Desert.

Like a sword, he carries on his shoulder his "MOOP Stick," aka pick-up tool, and is wearing the Playa Restoration shirt he designed upon founding the team. Wearing his late father’s watch, a reminder that the time is now, D.A., with a wave of his hand and the power of his mind, raises the last bit of MOOP (Matter Out of Place) from the playa surface, leaving no trace before walking off into the sunset. With the MOOP depicted floating in the air, the artist is showing us an edifying sample of the types of MOOP that sometimes lay hidden beneath the surface. The ravens, who are Resto’s mascot and can often be found picking up MOOP on the playa, precede D.A. as they fly toward the sun.

The title Swan Song (Leaving No Trace Was Just The Beginning) contemplates mortality and signals the closing and opening of a new life chapter, leaving no trace but a legacy with the next generation of Burners that D.A. hopes will live long after he too is gone without a trace.

This is D.A.'s first ever NFT and self-portrait artwork.