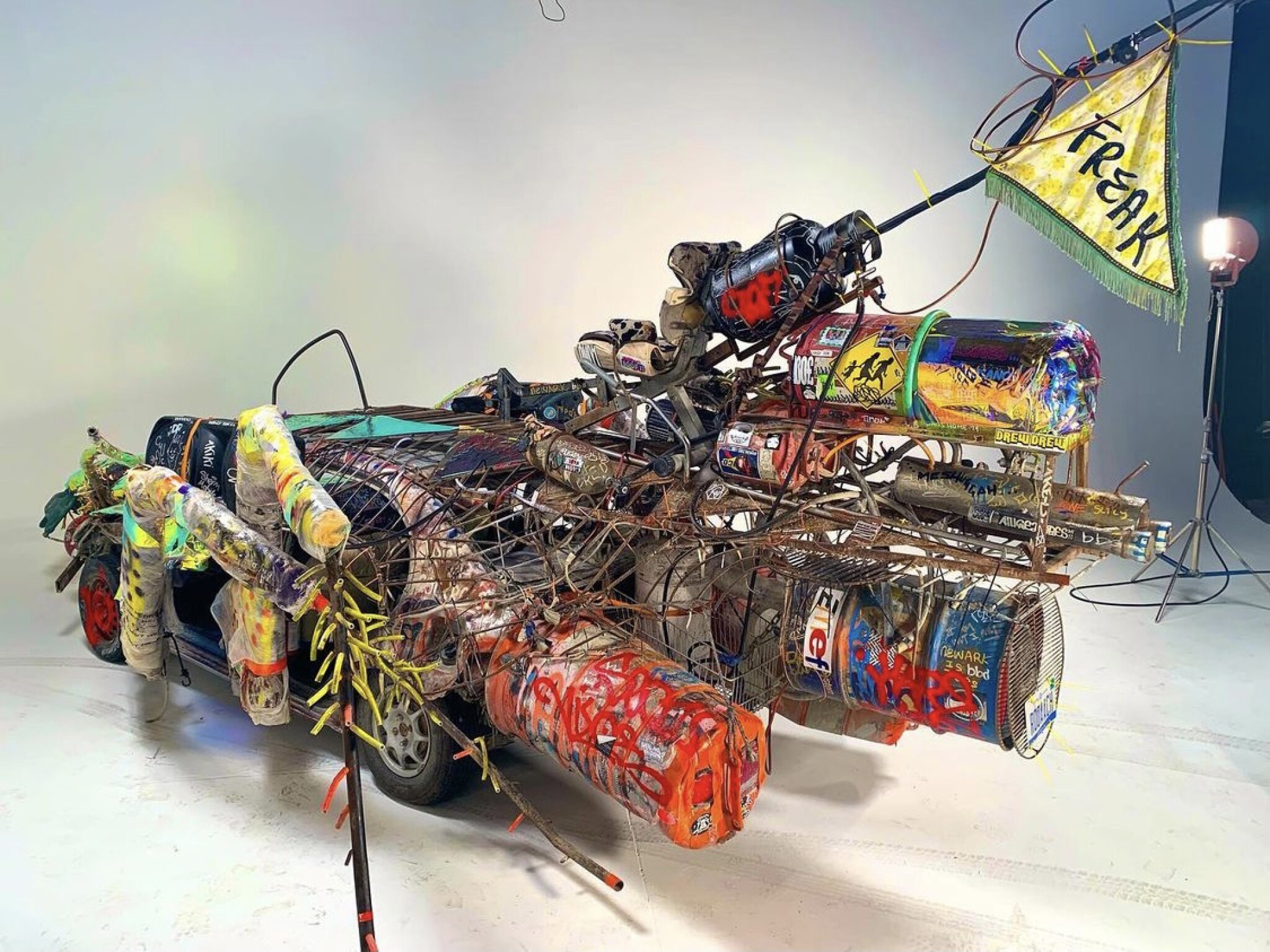 Many automotive manufacturers purport to have iconic status, but few works of mobile art can credibly claim to be at the center of a genuine movement. Made famous in the wake of the protests in the tumultuous summer of 2020, this cockroach mutated vehicle was captured rolling down an avenue in Detroit, a Bruno Furlan house track bumping out of concert-quality loudspeakers mounted on a road-registered and legal 2004 Honda Civic EX, surrounded by a diverse crowd all chanting a message as immediate as it was infectious.

As the fortunate early viewers first encountered this genuinely captivating vehicle in a viral Twitter post that has now been made private, the accompanying message was overwhelmingly positive: “Detroit is beautiful.” A sentiment impossible to argue with, for this is another example of Detroit having a history of translating moments that should be painful into undeniable beauty. Motown is evidence of this. So, too, is Techno – a movement echoing the machine-like drum of the assembly line, now popular worldwide.

From the found art origins of its “Detroitus” exoskeleton accessories, which earned this example its nickname of #Carcroach, and built in a modern studio located at the original Lincoln Motors facility in Detroit, this mutant vehicle has driven cross-country to several Burning Man events, and its creator, Ryan C. Doyle, attests it is “well-known to tow other Mutant Vehicles back to their camps in the harsh and dusty environment of Black Rock City.” This is an example of Detroit-built history as salient as any vehicle shown in The Henry Ford Museum; perfectly suited to broadcast a loud message of peace on the Playa and beyond.

Ryan C. Doyle's creative output can be described as huge, massive, loud, dangerous, and incredibly thought provoking by using pulse jets, propellers, shock wave cannons, rocketry surplus parts, high G force centrifuges, military technology and even reverse engineered patents to engage his audience and push the limits of personal "safety." He first attended the Burning Man Festival as a young person in 2000 to work for the Department of Public Works and continued to do so for the next ten odd years creating dozens of art cars, running the DPW Metal Shop, and assisting artists and art groups such as Lisa Nigro, Christian Ristow, Kal Spelletich, Dan DasMann, David Best, Madagascar Institute, Cyclecide Bike Rodeo, Flaming Lotus Girls, Seemen and so many more. He honed the maker skills he had already become competent in while building parade floats and majoring in 3d design and Kinetic Sculpture at the Minneapolis College of Art and Design, and began an apprenticeship with movie prop maker and Burning Man artist icon Mr. Christian Ristow.

Doyle worked side by side with Ristow and his crew RoboChrist learning robotics, electronics design, hydraulics, heavy equipment operation, pyrotechnics, radio controls, mechanics, playatechnics and how to keep things running smooth in the entirely entropic environment of Black Rock City. This survival research led him to building on and off playa traveling the globe while manifesting the interactive kinetic sculptures he dreamed up; eventually fulfilling his childhood dream of joining the IATSE 44 to create props and special effects for big budget Hollywood blockbusters. He is most recognized for his larger than life Mutant Vehicle creations like Brandeaux Bot, The Robot Heart, GonKirin, #CarCroach, and the Skull Car. He also built some of the first Art Cars for DPW and for a few other staff members including Marian Goodell and founder Larry Harvey.

If art’s true nature is to change the emotions of the viewer, he offers an exciting relationship for the audience to be terrified, exhausted and hopefully empowered; after courageously volunteering to “ride” his carnivalesque works. Doyle has been profiled in numerous publications including the LA Weekly, The New York Times, New York Magazine, The Guardian, The Telegraph, Popular Mechanics, MAKE, Wired, Vice, The Creators Project, Detroit Metro Times, Detroit Free Press, the Village Voice and Free Amsterdam. Doyle has appeared on popular TV shows such as Junk Yard Wars, Monster Garage, Junkies, was a member of the creation team/cast for Rock’n Roll Acid Test, Hillbilly blood, Kong Skull Island, Bright, Pacific Rim Uprising, and Project Power. Doyle has exhibited his artworks extensively across America, in Australia, Europe and Asia while showing at numerous galleries and multiple festivals such as: The Venice Biennale, Art Basel Miami, The Watermill Center, Superchief Gallery, Charles H. Wright Museum of African American History, AND festival, The Influencers, Big dayOut, Device Art, RoboDock, Performa, Burning Man, Glastonbury and Coachella.

Doyle is currently living and creating work out of the original Lincoln Motor Factory as the Artist-In-Residence at the city of Detroit's favorite trash castle... Recycle Here!

To see more of his past works, or to contribute to his future works check out his Instagram @doylehuge or Venmo him @doyle-huge.

This lot is being offered for sale from Detroit, Michigan and is not at Sotheby’s York Avenue location. Prospective buyers may contact RM Sotheby’s with inquiries via clientservices@rmsothebys.com.