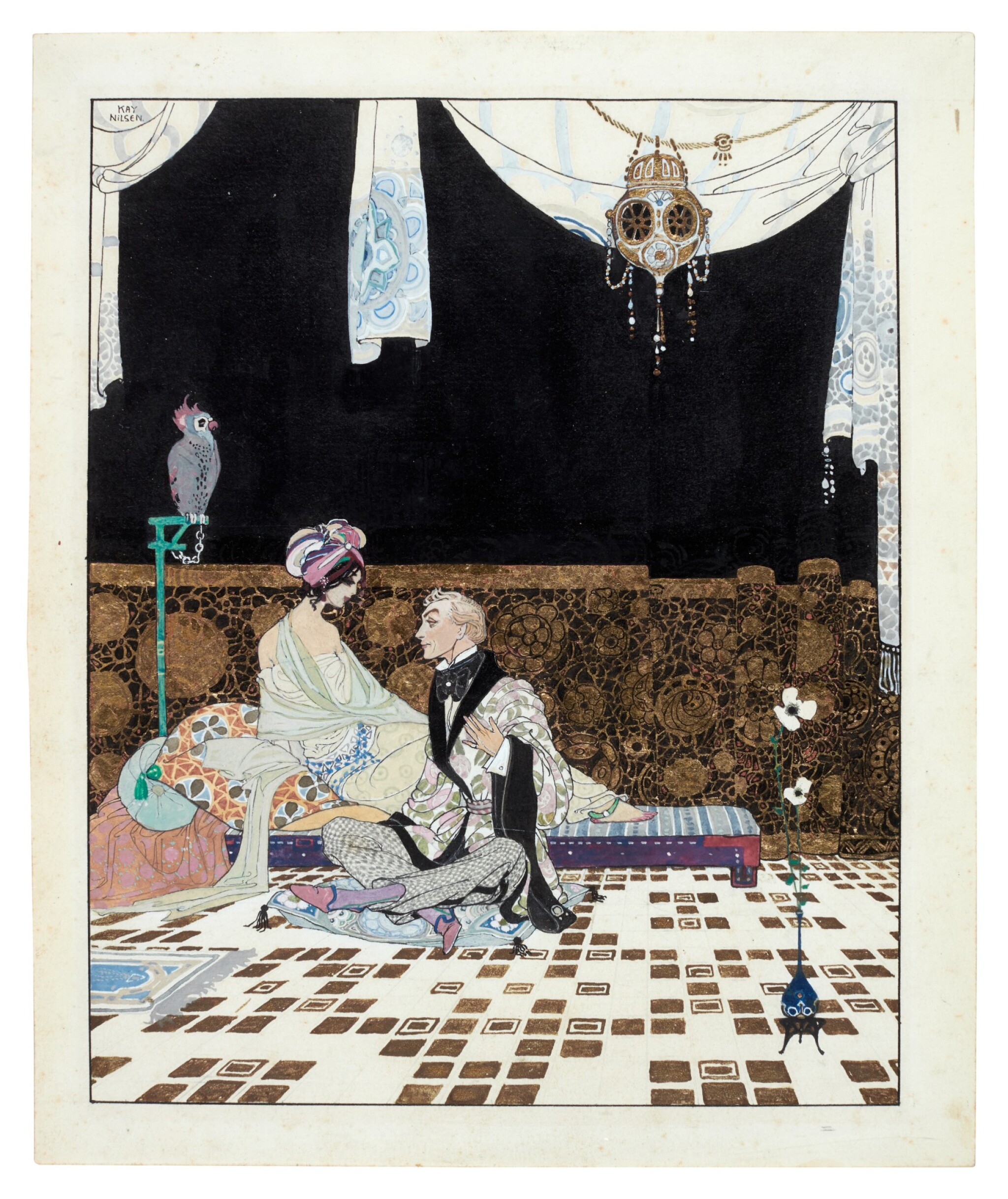 Kay Nielsen's first exhibition was at the London gallery Dowdeswell & Dowdeswell in July 1912. It was dominated by The Book of Death, a series of ten illustrations heavily influenced by Beardsley, but included other works. Although no copy of the ephemeral exhibition catalogue is known to survive, the current work almost certainly featured in that exhibition. The Dowdeswell label affixed to the rear of the frame indicates that this is one of two illustrations of 'The Flying Trunk'. A second illustration of the same story is reproduced in a review article, 'Kay Nielsen's Drawings', by Marion Hepworth Dixon (The International Studio, December 1913, pp.116-25 (p.119)). Not only does Dixon mention that 'The Flying Trunk' had featured in the 1912 exhibition, but the reproduced illustration depicts the young man dressed as he is in the current drawing and was no doubt the partner of the current drawing.

The other 'Flying Trunk' illustration was dated 1912 and the current drawing is presumably of the same date. This was shortly after the artist's move to London and the works were probably produced for the Dowdeswell exhibition. The anomalous signature may be a result of the artist experimenting with an anglicised version of his name for an English audience, but no other example of this spelling has been found.