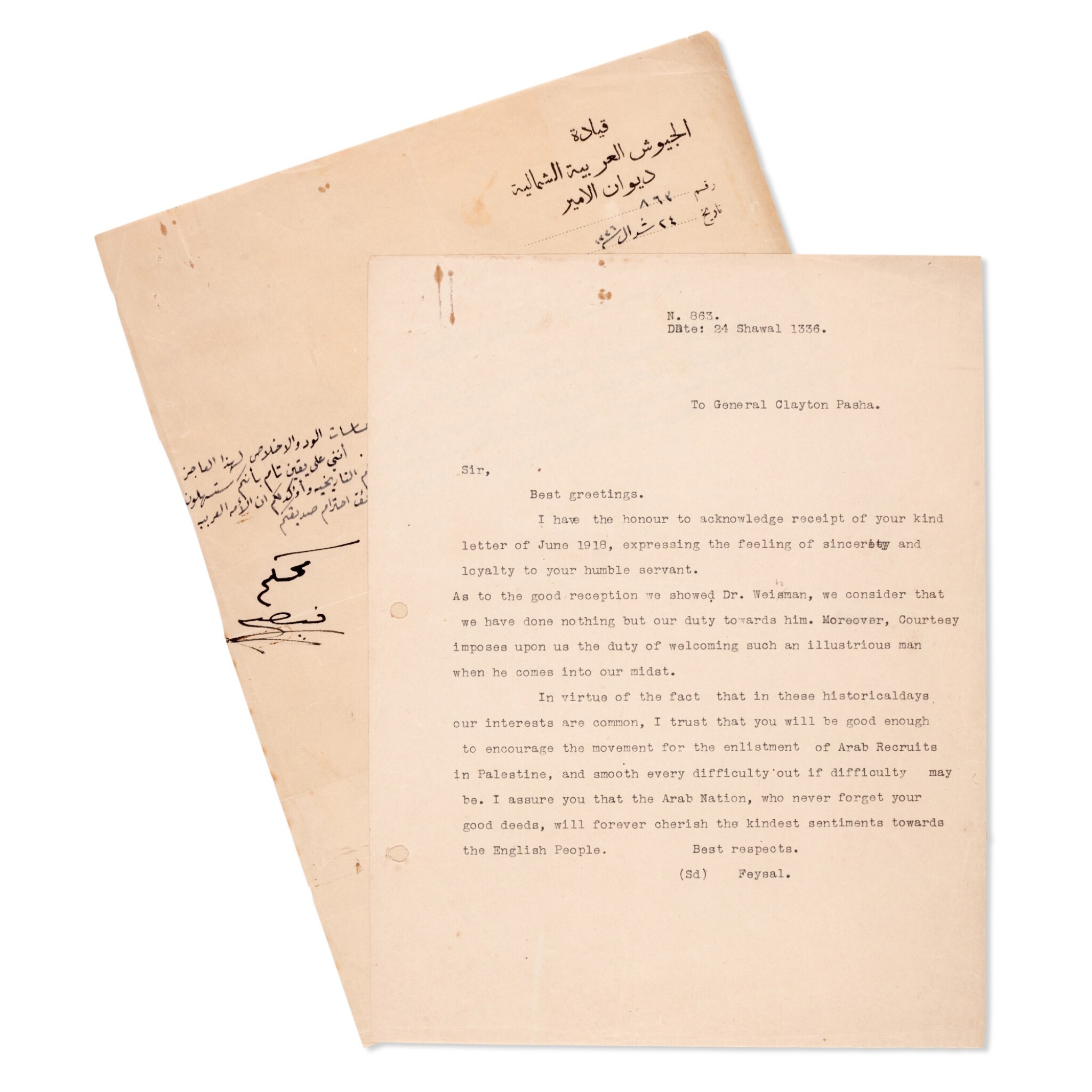 writing during the Arab Revolt to acknowledge thanks for his gracious treatment of the Zionist leader Chaim Weizmann ("..We consider that we have done nothing but our duty towards him. Moreover, courtesy imposes upon us the duty of welcoming such an illustrious man when he comes into our midst...") and emphasising the importance of the Arab-British alliance ("...In virtue of the fact that in these historical days our interests are common, I trust you will be good enough to encourage the movement for the enlistment of Arab Recruits in Palestine, and smooth every difficulty out, if difficulty may be. I assure you that the Arab Nation, who never forget your good deeds, will forever cherish the kindest sentiments towards the English people..."), in Arabic, with translation, 1 page, folio, 2 August 1918

A RARE WARTIME LETTER BY THE LEADER OF THE ARAB REVOLT AND CLOSE ALLY OF T.E. LAWRENCE. Feisal's correspondent, General Gilbert Clayton, had been head of the Arab Bureau, one of British intelligence's great successes of the First World War, and was now military governor of occupied Palestine. Feisal and Chaim Weizmann met in Transjordan in June 1918 in an attempt to reconcile the aspirations of Arab nationalism and Zionism. This meeting was to be followed by the Feisal-Weizmann agreement of January 1919, which gave qualified support for Jewish immigration to Palestine.