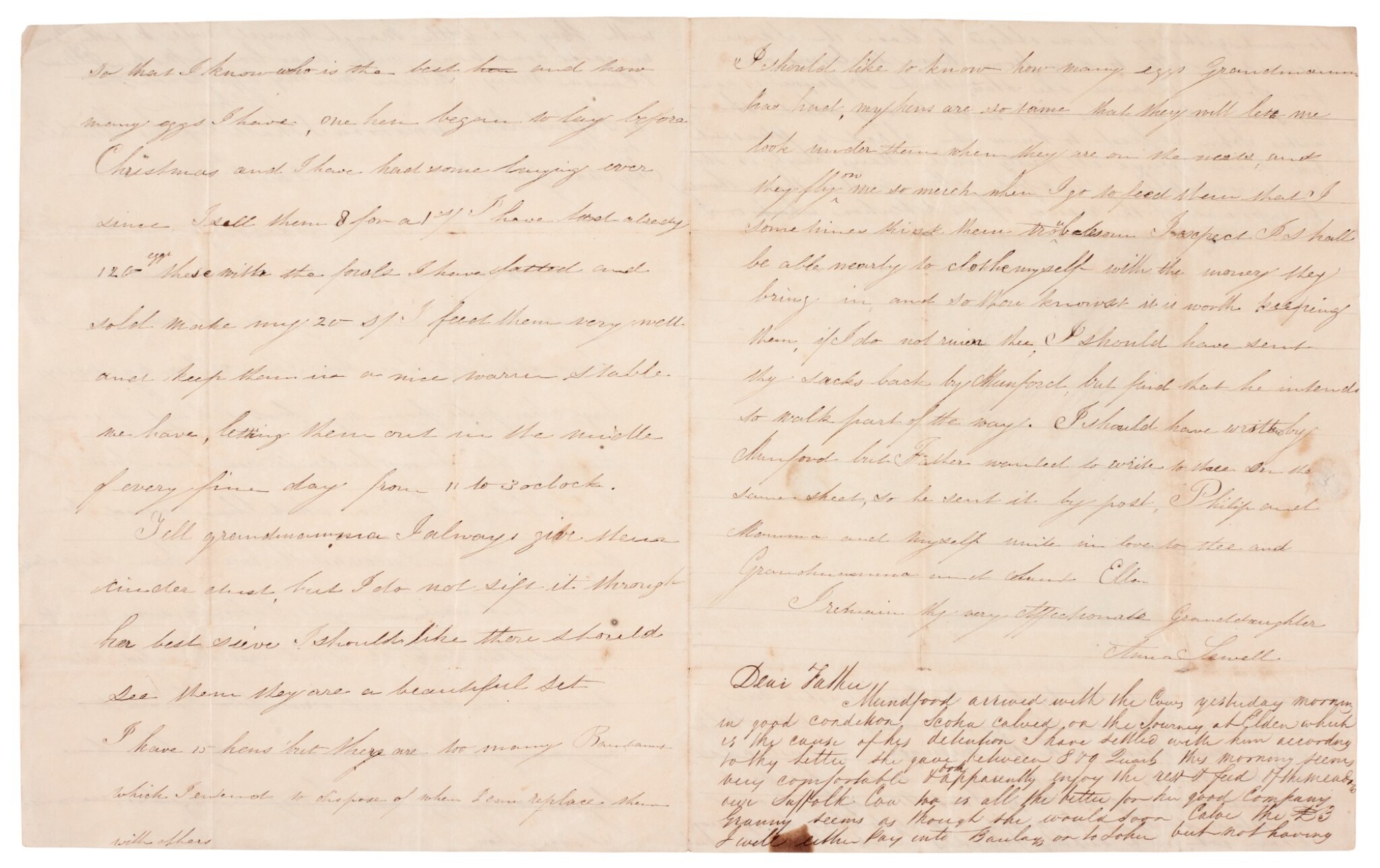 A collection of Sewell family letters including two letters by Anna Sewell:

i) Anna Sewell, autograph letter signed, to her grandfather John Wright, discussing with great eagerness her chickens ("...My hens have layed [sic] exceedingly well. I keep a regular account so that I know who is the best, and how many eggs I have, one hen began to lay before Christmas..."), with a postscript in the hand of her father Isaac Sewell, integral autograph address panel, 4 pages, 4to, 12-13 February 1832

ii) Anna Sewell, autograph letter signed, to her brother Philip, with family and personal news including her imminent visit to Buxton (presumably to for a spa cure), with gratitude for his letters ("...I pray dear do not cut short the serious parts of thy letters for fear they should seem like preachments they only are like thy thoughts and are very edifying to me..."), cross-written, integral autograph address panel, 2 pages, 4to, postmarked 10 March 1840

This group of letters includes a charming letter by the twelve-year old Anna Sewell proudly describing her hens to her grandfather, who had just given her some corn for the birds. In a letter that exemplifies her love of animals, she describes how she keeps them in a "nice warm stable" and gives them four hours of outdoor exercise; she sells the eggs and she hopes she "shall be able nearly to clothe myself with the money they bring in". Anna Sewell's other letter typifies the moral seriousness that is also characteristic of Black Beauty, as she earnestly recommends to her brother a book "about temper" written by a curate. The collection also includes two letters by Anna Sewell's mother, Mary Sewell (1797-1884). She was herself an author of didactic works for children, and was throughout her life involved in a number of charitable causes. Much of Black Beauty was dictated by Anna to her mother, as she was often too ill to write herself.

LETTERS BY THE AUTHOR OF BLACK BEAUTY ARE RARE AT AUCTION.