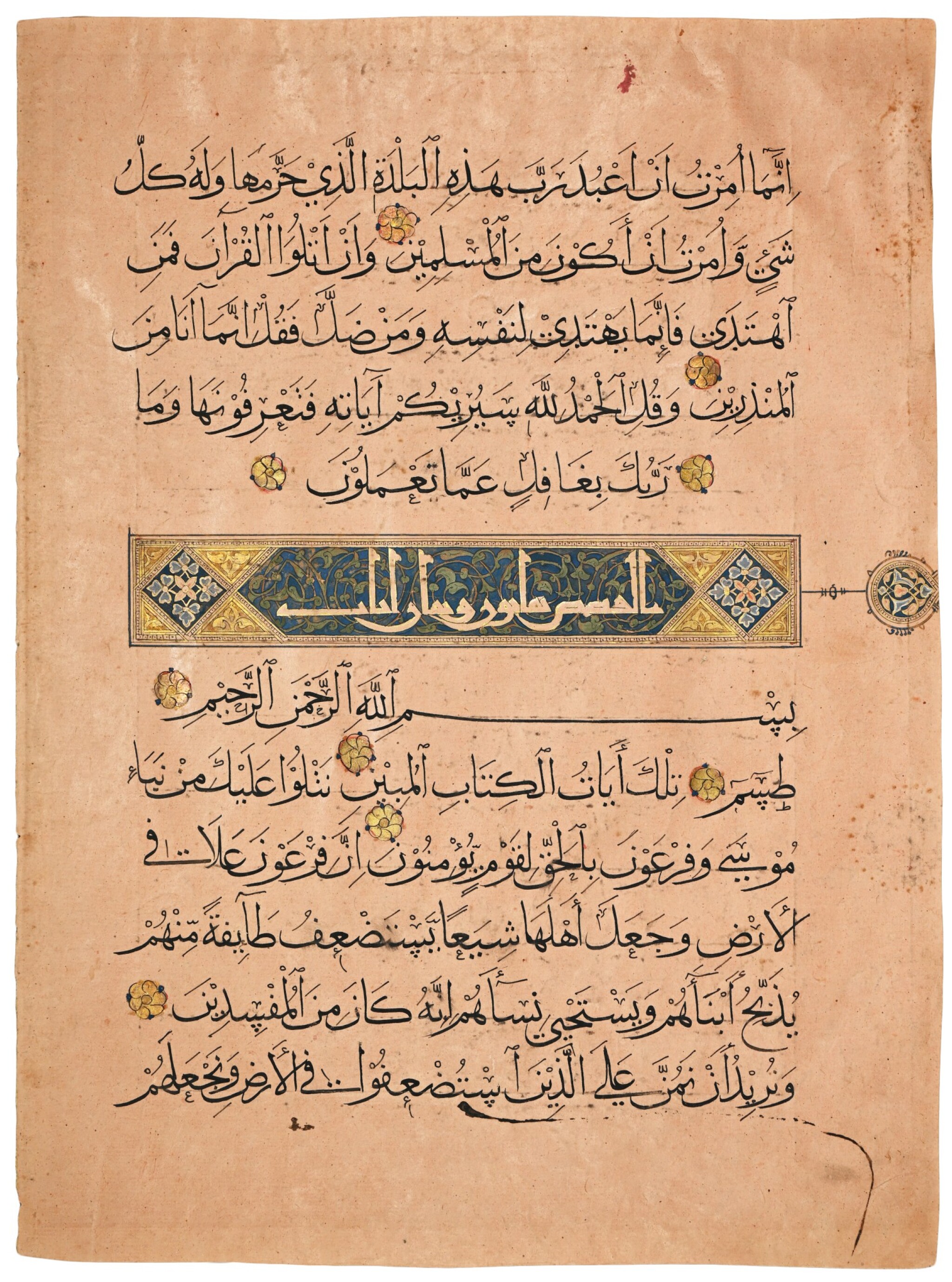 Arabic manuscript on paper, 12 lines to the page written in bold muhaqqaq script in black ink, verse divisions marked with gold rosettes, surah heading in Kufic script on an illuminated panel with an illuminated device extending into the margin, the reverse with 13 lines of text, 'waqf' inscribed in the upper margin, illuminated khamsa and 'ashr marginal verse markers

In overall good condition, the folio is slightly trimmed along the right edge, the left edges with very minor losses, small areas of staining, minor smudging to ink but the text is overall bold and clear, the illumination is strong, the reverse with remnants of tape along upper edge and to lower right edge, as viewed.

Another folio from the same Qur'an is in the Aga Khan Museum Collection and was exhibited in the exhibition Spirit and Life, Masterpieces of Islamic Art from the Aga Khan Museum Collection, Parma and London, March-August 2007. It is illustrated in the accompanying catalogue, no.8. Two further leaves from the same manuscript sold in these rooms, 9 April 2014, lot 21; 6 April 2011 as part of the Stuart Cary Welch Collection, Part One, lot 16.