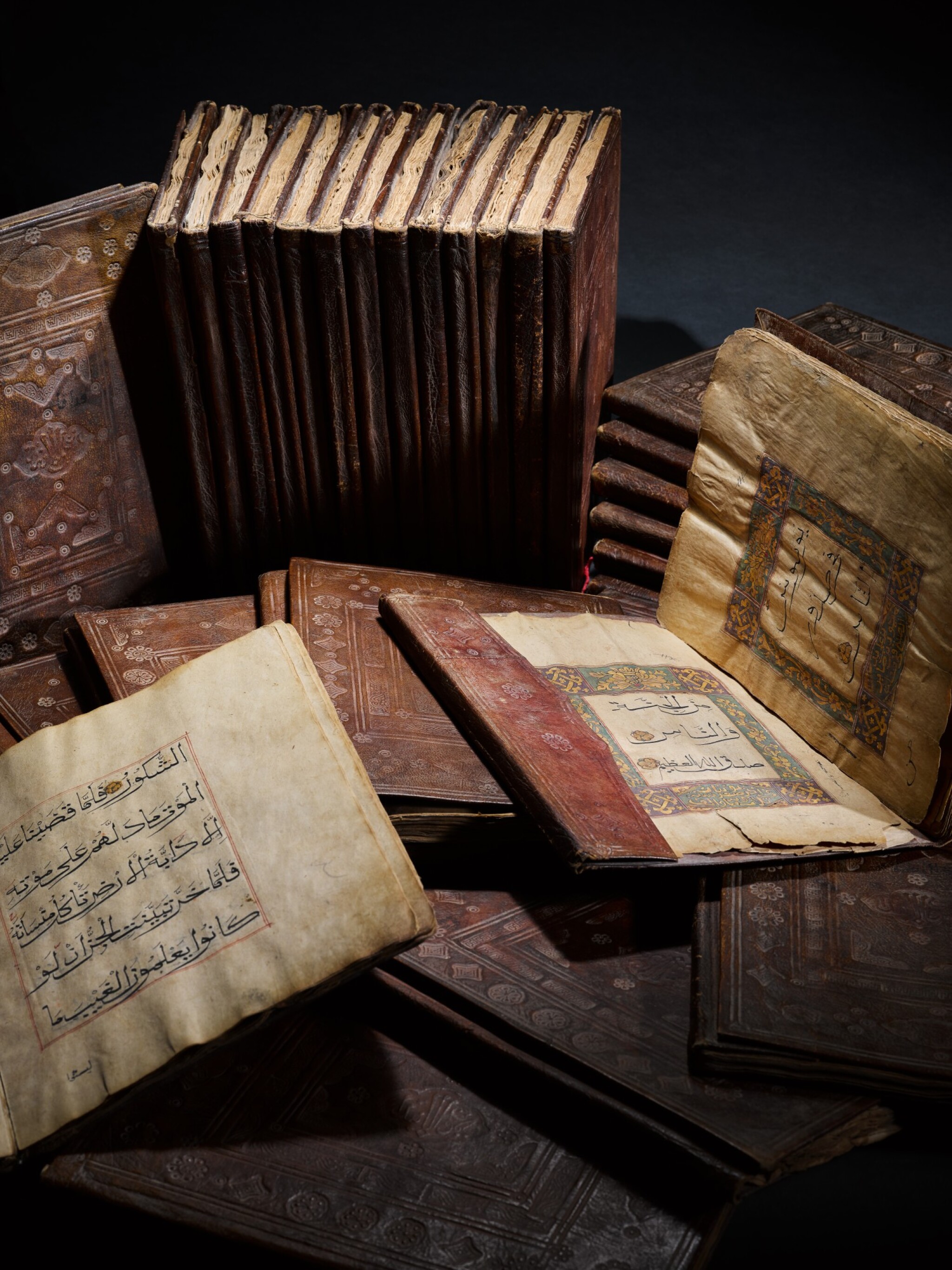 Arabic manuscript on paper, 30 volumes, 5 lines to the page, written in Sini script in black ink, verses separated by gold florets, surah headings in gold and coloured cursive script amidst floral and foliate scrolls on polychrome panels, text within double red rules, occasional marginal notes, catchwords, the first juz' with an illuminated shamsa on the first page, the opening and final double pages of each juz' with illuminated rectangular panels comprising three lines of text, the borders of the panels decorated with floral and geometric gold motifs, in stamped leather binding, with flap

To request a condition report for this lot, please contact islamica@sothebys.com.

The spread of Islam into China began during the Song period in the tenth century.  Almost a century later, in the year 1070 AD, a Muslim community mainly composed of soldiers and mercenaries had been officially established by the Emperor in the harsh northern territories to act as a buffer zone between China and her enemies. With the ascent of the Mongols (1260-1368) Muslim China began a new phase, with Muslims rising to positions of power and importance under the Yuan. Later, the Ming period (1368-1644) saw a decrease of Muslim power, and the community became increasingly Sinified as their rights were withdrawn. Their isolated communities were increasingly integrated by the indigenous Chinese, and their social, economic and religious freedom was gradually inhibited. The Muslims took Chinese names, wore Chinese clothing and often married into indigenous families until eventually the Muslims thought of themselves as Chinese. However, their cultural heritage became more important to them as it slipped away, thus the community's Sinicisation went hand in hand with the preservation of the language, particularly in religious life. By the end of the sixteenth century, Arabic and Persian books had been translated into Chinese and were circulating throughout the Muslim community. The present lot was produced in Yunnan under the Qing dynasty (1644-1912).

Another Qur'an in thirty volumes, produced in China slightly later, in the eighteenth/nineteenth century, sold in these rooms, 5 October 2010, lot 48.