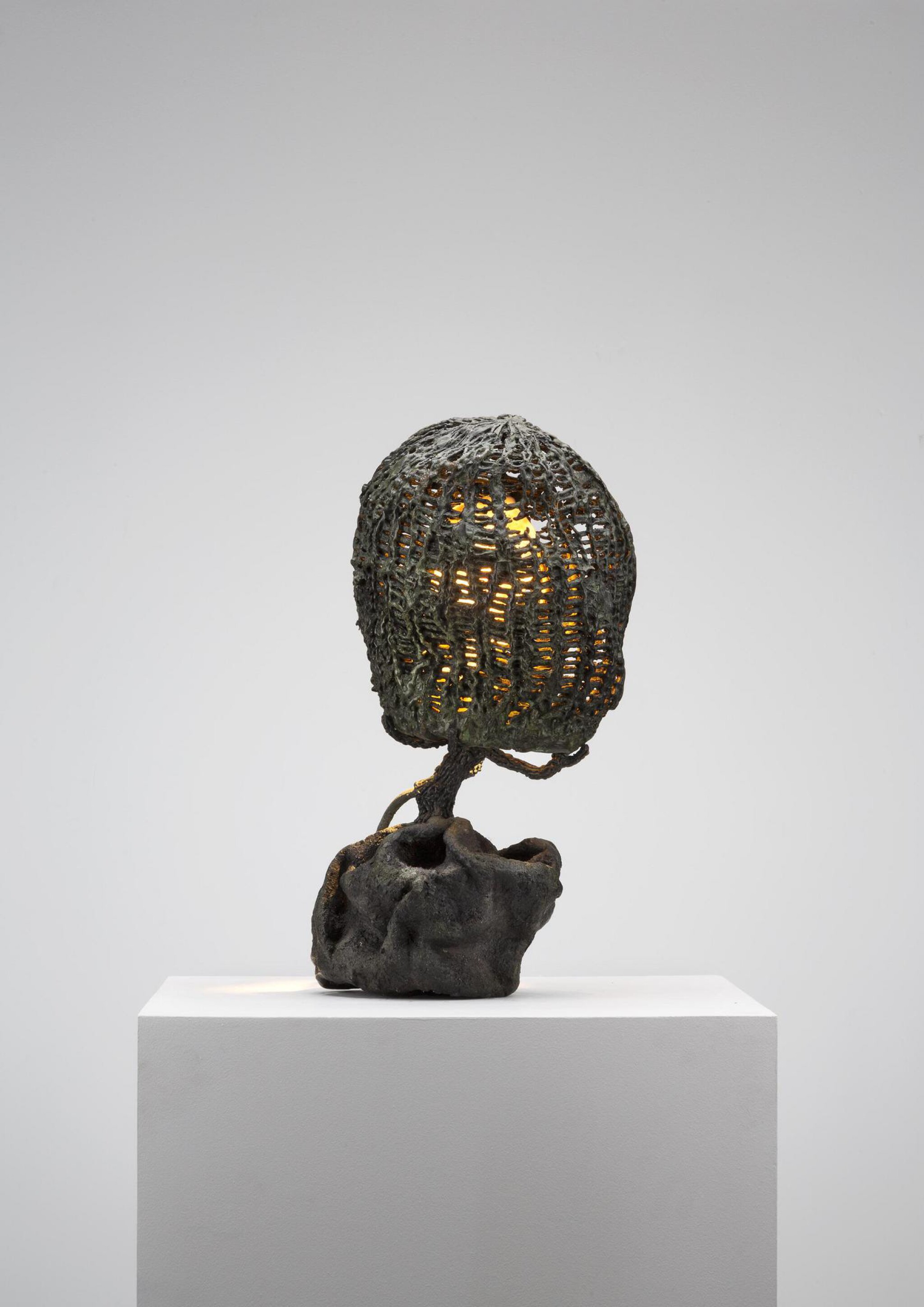 Nacho Carbonell’s breakthrough design, Pump it up (2007), is an inflatable, foam-and-silicon lounger that, when occupied, diverts excess air through tubes into a small group of animal forms, which inflate and come to life, gathering around their new owner like a personal zoo. This playful and symbiotic relationship with the user lies at the core of all Carbonell’s creations. His designs — which range from seating to lamps to tapestries — are, he says, ‘communicative objects that can arouse one’s sensations and imagination’. Born in Spain in 1980, Carbonell relocated to Eindhoven to study and subsequently stayed in the city, where he keeps the studio he refers to as his ‘laboratory’. He re-created part of this studio in 2018 at The Armory Show in New York, alongside a selection of his ‘Cocoon’ lamps (2015–19), whose steel bases are carefully swathed in colored, highly textured metal mesh. In a 2018 interview with Architectural Digest, Carbonell described these pieces as ‘plants that grow from difficult soil’. Organic and tactile yet refined, Carbonell’s works have a rare vitality that almost renders them living organisms; as we flick a switch or take a seat, they come alive, drawing us into a realm of fantasy and play. Named ‘Designer of the Future’ at Design Miami/Basel in 2010, Carbonell quickly gained international recognition for his collectable pieces that, spanning art and design, have been exhibited in and become part of the collections of museums around the world, including the Groninger Museum, Eindhoven, the Netherlands; San Francisco Museum of Modern Art, CA; and the Art Institute of Chicago, IL.