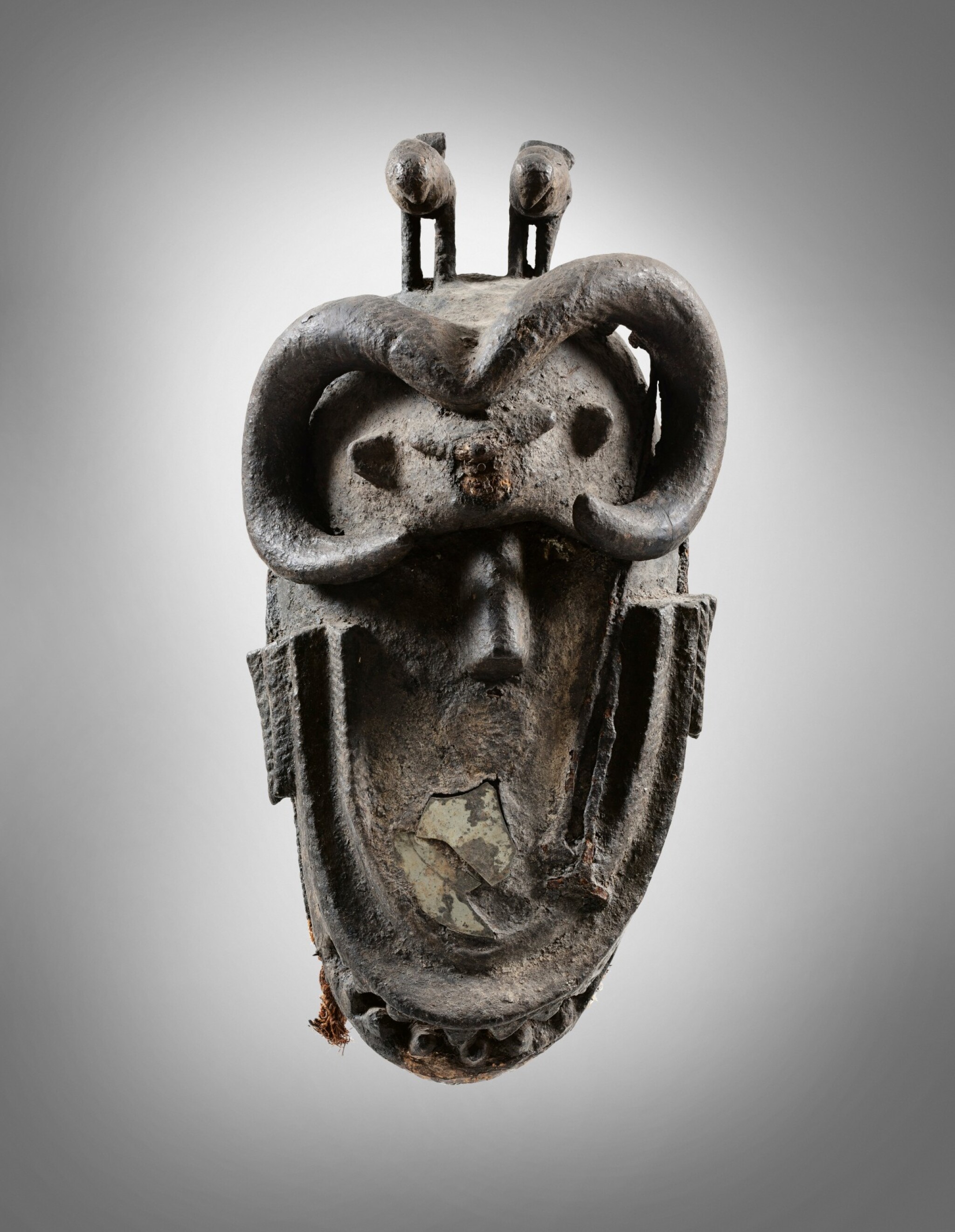 Charles Lapicque, Paris
Private Collection, Paris, by descent from the above

Large masks like the present example were used during ceremonies of the poro society of the Toma or Loma people in Liberia and Guinea. According to Siegmann they seem to be a regional version of the more common Toma mask form known as landai (also referred to as dandai).

Harley (1941: 27) reports about the "fundamental principles" of these masks: "I know only that the masks were much heavier and not in the nature of portraits. They were more like demons [, a...] great red-mouthed crocodile supposed to swallow the boys and leave the marks of his teeth on their bodies [in the form of scarification...]. He talked with a voice modified as though his mouth were full of water, or in a throaty rumble. The language was secret, or at least foreign so that he needed an interpreter. He spoke very fast and in short sentences, sometimes giving out a rumbling sound. Men brought him things to eat, usually cola and money which he snapped up with his great crocodile mouth. A bag hidden behind the jaws caught everything. Occasionally he pretended to eat a person, hiding him under his voluminous skirt, and dribbling red juices from his mouth, which was stained red with the juice of cola nuts. [...] He was superior to any other demon. He held a whip in the free right hand, the left being necessary to work the lower jaw. He impersonated the founder of the bush [...]. He was supposed to swallow the boys and give them rebirth at the end of the Poro. The scarification marks [which the boys would receive during the process] were marks of his teeth."

The complex iconography of these masks comprises powerful symbols of water and earth in the form of a massive gaping crocodile's mouth with prominent protruding teeth and robust jutting ram's horns on the forehead juxtaposed with symbols of power and transformation such as animal horns, metal currencies and glass shards. By combining these elements into a dynamic whole, the artist gives an abstract image of the Toma cosmos in its real and surreal appearances.