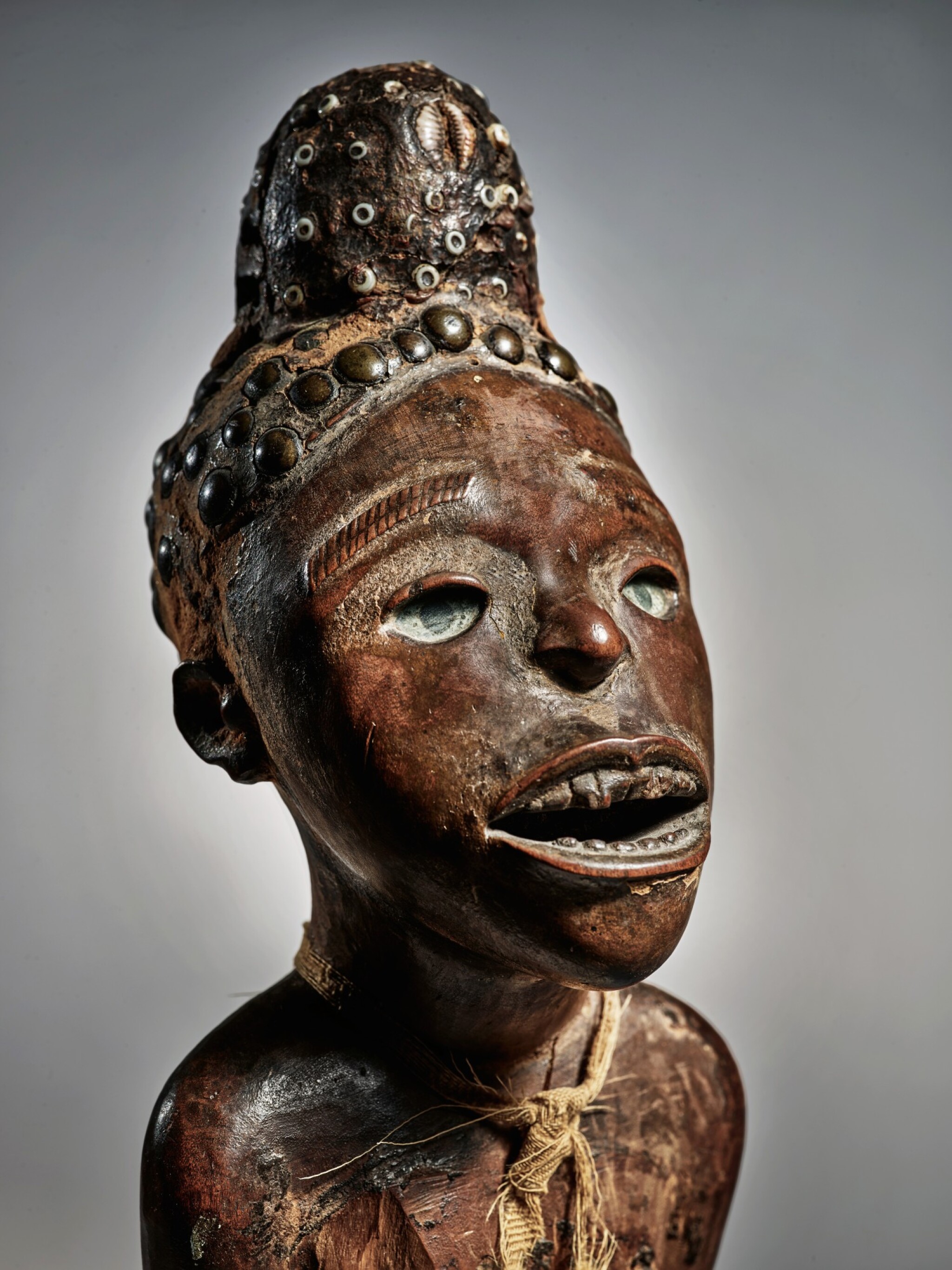 Power figures, or minkisi, could be "housed within a portable shrine, be it a utilitarian clay vessel or an elaborate sculptural container commissioned from a professional carver [...] Fundamental to the order of society was the authority of minkisi (sing. nkisi), spiritual powers that inhabited the world of the dead and could ward off forces inimical to health, strength, and prosperity [...] Eduard Pechuel-Loesche, member of a German research team based on the Loango coast from 1873 to 1876, thought the local inhabitants "practical." He recorded a list of circumstances in which an nkisi might be consulted: for example, a trader wanting to ensure business success, an invalid hoping for a cure, a youth seeking good fortune in courtship, or a childless couple longing for children. Certain minkisi might be appealed to for specific assistance - healing, divination, judgement and punishment, wealth, and protection against harmful forces referred to as "witches" (Alisa LaGamma, Kongo: Power and Majesty, 2015, New York pp. 34, 55).

A decorative headdress bearing shells and a band of brass ornaments tops this figure's expressive and naturalistic face. Eyes gazing upwards and mouth open, she stands as if in awe. This figure holds fragments of colorful cloth in the cavity on his stomach, but at one time this may have contained other reliquary objects. Her arms folded in front of her body, and she stands solidly with legs slightly apart.