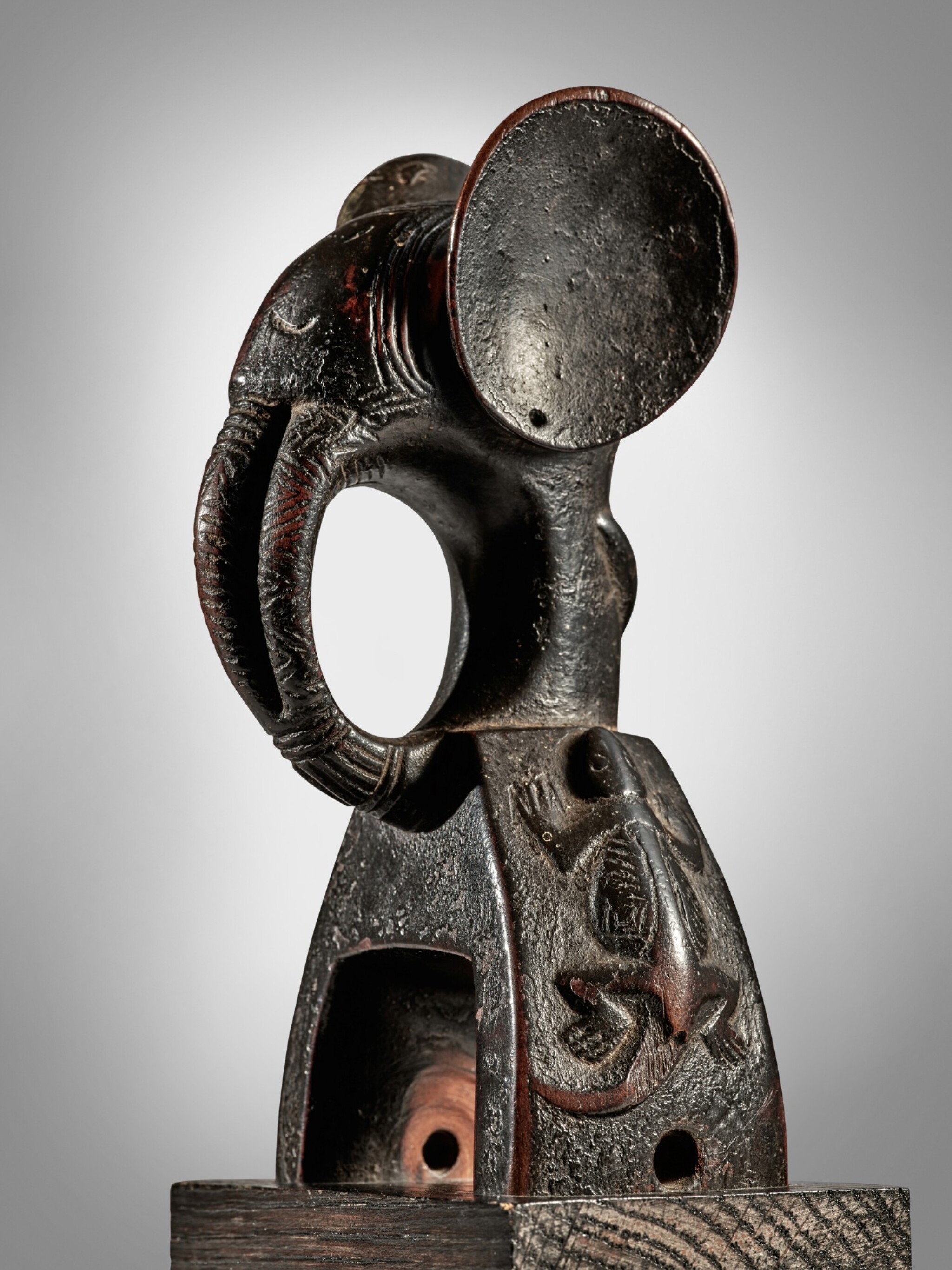 Charles Ratton, Paris
Pierre M. Schlumberger, Houston, acquired from the above on September 15, 1970

Majestic even in its small size, the elephant pulley illustrated here is composed of graceful lines and shapes. The circular, concave ears echo the round space produced by the curved trunk, consisting of three incised tubular portions that join together towards the body of the pulley. One side of the piece is decorated with a climbing lizard: both its anterior and posterior limbs tilt outwards and its tail swings to the left. The animal's spine is raised slightly, separating the two sides of the rib cage.

Guro people are famous for their skills as weavers, in particular for their exceptional indigo-and-white cotton textiles. Even the most functional objects, such as the heddle pulleys used to facilitate the separation of the warp threads, which allowed the seamless passage of the shuttle, were important to render beautifully. Such objects served also as conversation starters, or perhaps the inspiration for a story.