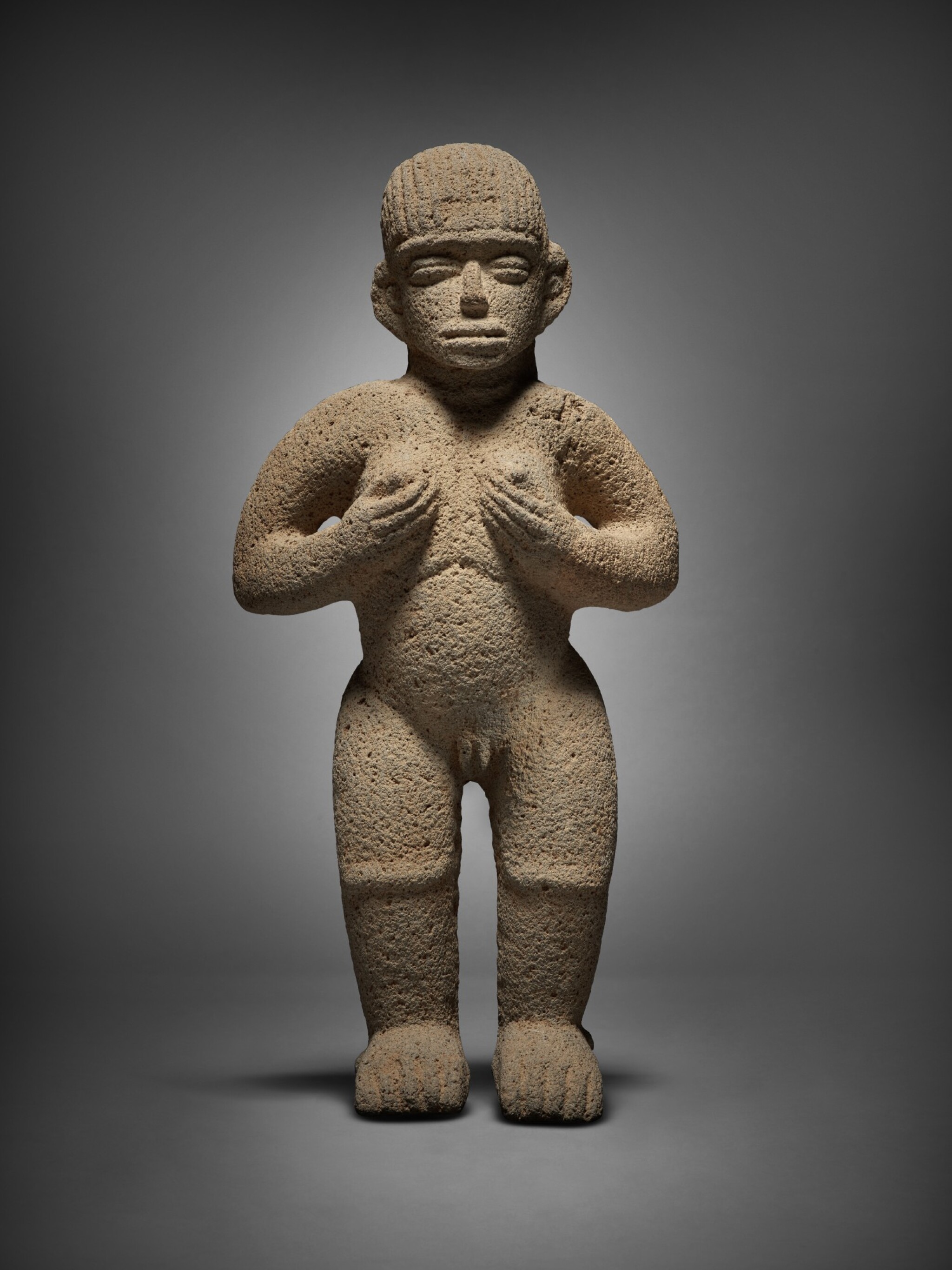 André Emmerich Gallery, New York (inventory no. CB-150)
Private Collection, acquired from the above on November 30, 1968

A proud female figure demurely cupping each breast is one of the important types of large free-standing stone sculptures from lower Central America. The male figures often display the prowess of warriors, holding axes and trophy heads, while female figures were shown in this breast-holding stance, a posture that signified fertility and abundance. The figure is unadorned but has a trance-like expression and long coiffure flowing down the back of her head. The details of her youthful physiognomy include modeled knees, ankles and clavicles.