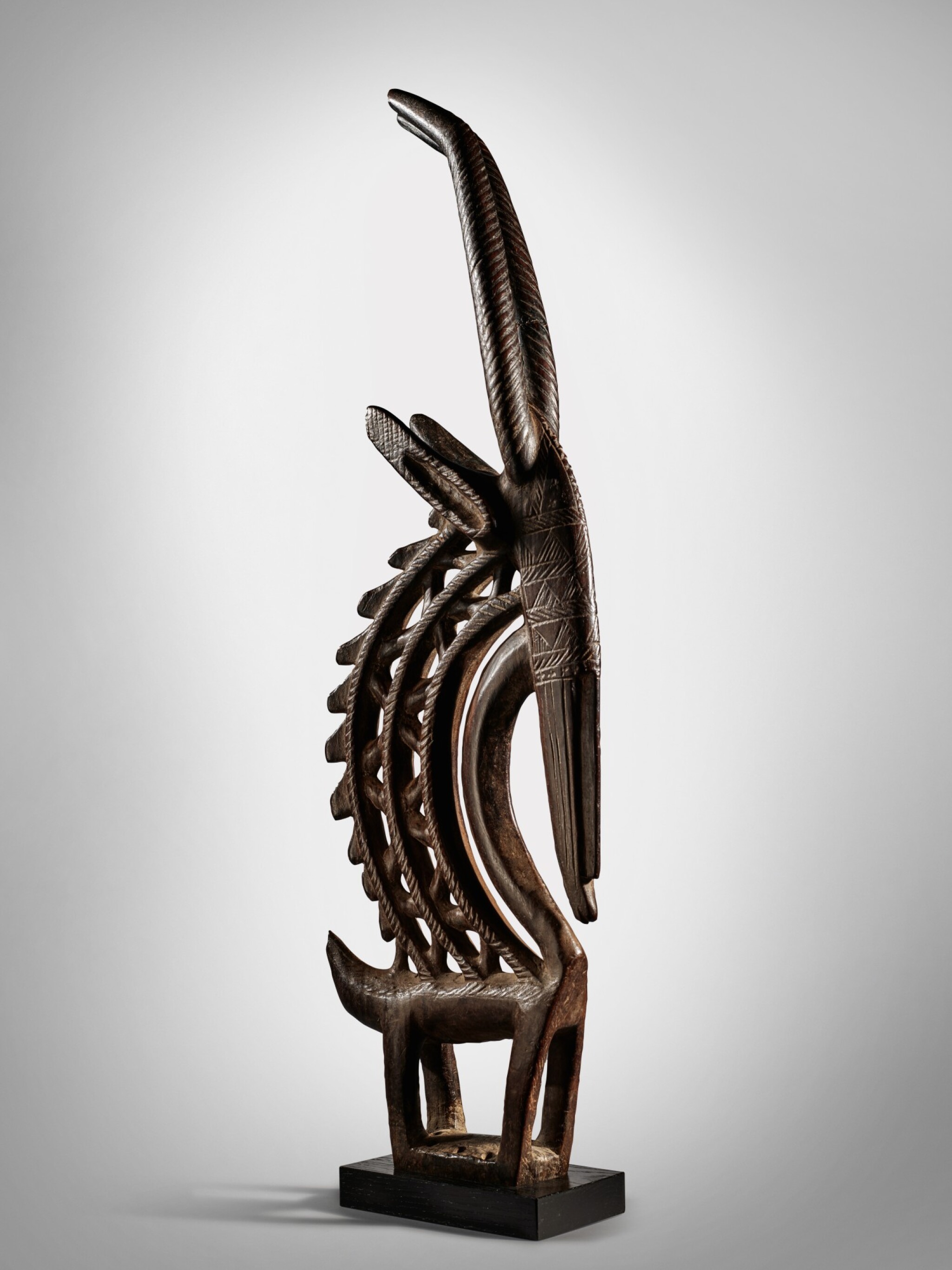 Charles Ratton, Paris
Pierre M. Schlumberger, Houston, acquired from the above on July 23, 1969

The vertical ci wara is among the most iconic and recognizable forms in the entire corpus of African Art, and is world famous as a symbol of the continent and its culture. The present ci wara antelope headdress is of classic form, with an exceptional glossy aged patina from traditional use and handling. Pierre M. Schlumberger acquired this sculpture directly from the legendary impresario of non-western art Charles Ratton in Paris in 1969, and it has remained in the Schlumberger collection since then.

Pascal Imperato provides a summary of the varying forms of ci wara antelope headdresses: “There exist two principal sorts of Tyi Wara Koun among the Bambara [Bamana]: the vertical and the horizontal. Within these groups one finds several sub-styles. The vertical forms are encountered in the east of Bambara country, the horizontal in the west” (Pascal James Imperato, "The Dance of the Tyi Wara", African Arts, Vol. 4, No. 1, Autumn 1970, p. 72). The present vertical headdress exhibits the long, upward-pointing horns and the face extended downwards, in the opposite direction. Its body is composed of four curved portions, three of which are joined by repeated triangular shapes."

Unlike most ceremonies, women are permitted to attend ci wara events. The initiations and some of the public ceremonies are organized by the village association, ton. While many of the ceremonies associated with this society are very public, some of the rites are kept secret and only men can participate. ci wara celebrates agricultural work and glorifies male/female union: “The organization of the ci wara performance is based on the Bamana respect for the power and efficiency of the union of male and female. As human reproduction is the result of the sexual union between man and woman, so agricultural fertility is attributed to the union between fire (the sun), an expression of the male principle, and earth and water, an expression of the female principle” (James Brink, Dialectics of Aesthetic Form in Bamana Art, 1981, p. 25).