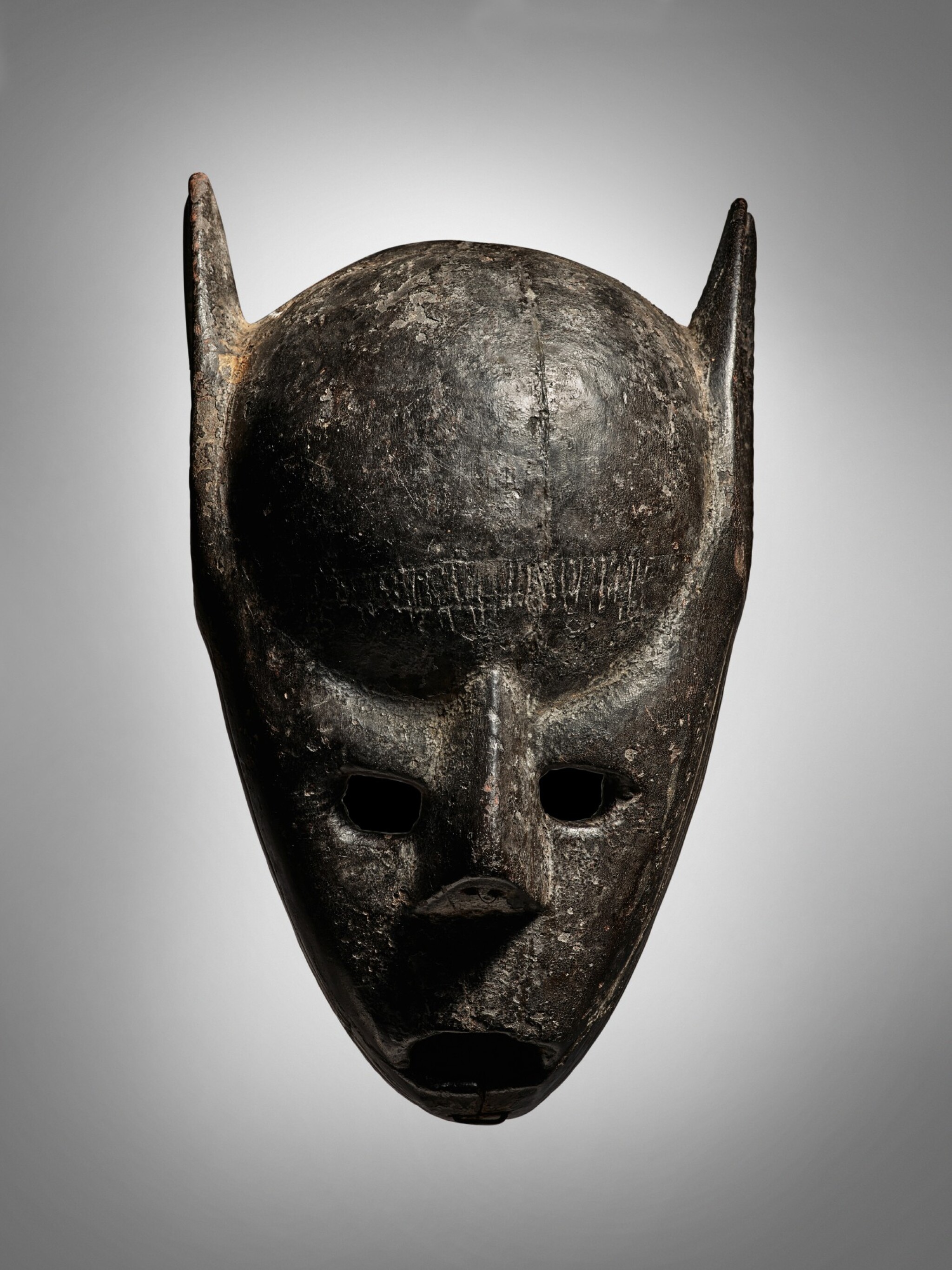 Charles Ratton, Paris
Pierre M. Schlumberger, Houston, acquired from the above on July 23, 1969
This mask with an elongated face and bulging forehead is a striking example of a hyena mask. Such masks were used during the Kore initiation, which ensured proper behavior and social mores and the development of male identity. Hyenas are considered to be strange animals and are often viewed with fear and contempt among the Bamana. “During their exhibition, the wearers of this mask most often adopt a bent position, supporting themselves on two short sticks that extend their forearms. The symbolism of the hyena, very complex, varies considerably according to the context, but within the framework of the Kore society the hyena most probably represents the initiates’ efforts to perfect their secret knowledge” Jean-Paul Colleyn, Bamana: The Art of Existence in Mali, New York, 2001, p. 98).