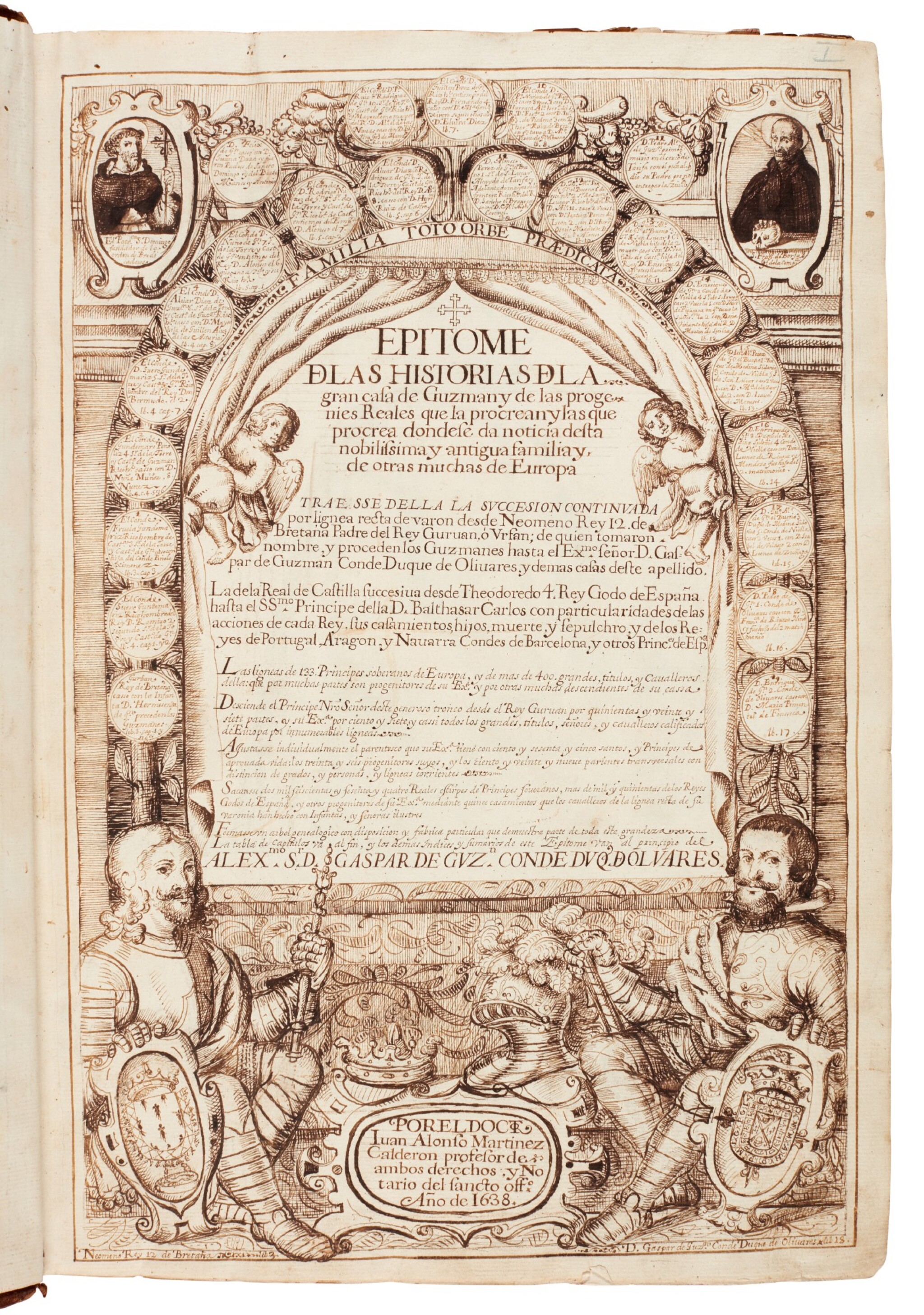 This monumental manuscript account of the house of Guzmán, commissioned by Don Gaspar de Guzmán, Count Duke of Olivares (1587-1645), the favourite of Philip IV, and written by the notary and professor of law Martínez Calderón, whose portrait appears at the start of the work, stretches from "Neomeno (Nominoe?) king of Brittany" to the Count Duke, both of whom appear on the decorative title-page. The Bolognese scholar Virgilio Malvezzi was invited to Madrid by Olivares to be historiador oficial at court and as the author of another flattering portrait of Olivares (Ritratto del privato politico christiano, 1635), it is quite likely that he played a significant part in the creation of this manuscript. It is certainly testimony to Olivares' desire for self-glorification and provides our main source for information about his early life.

Another manuscript copy of this text is in the Biblioteca Nacional, Madrid, MS 2256 (in three volumes, digitised), seemingly written by the same scribes and with the same historiated title-page (also dated 1638), but plausibly a working copy whereas the present manuscript appears to be a fair copy. Although never published, the presence of a privilege (dated 1640) in the Madrid copy indicates that it was destined for publication. By 1640 Olivares was close to his fall from grace and he died in 1645.

Mark P. McDonald, "A genealogy for the Count Duke of Olivares", Print Quarterly 23 (2006), 359-382, including many illustrations and providing an appendix with a detailed description of the contents and differences between this manuscript and the Madrid one