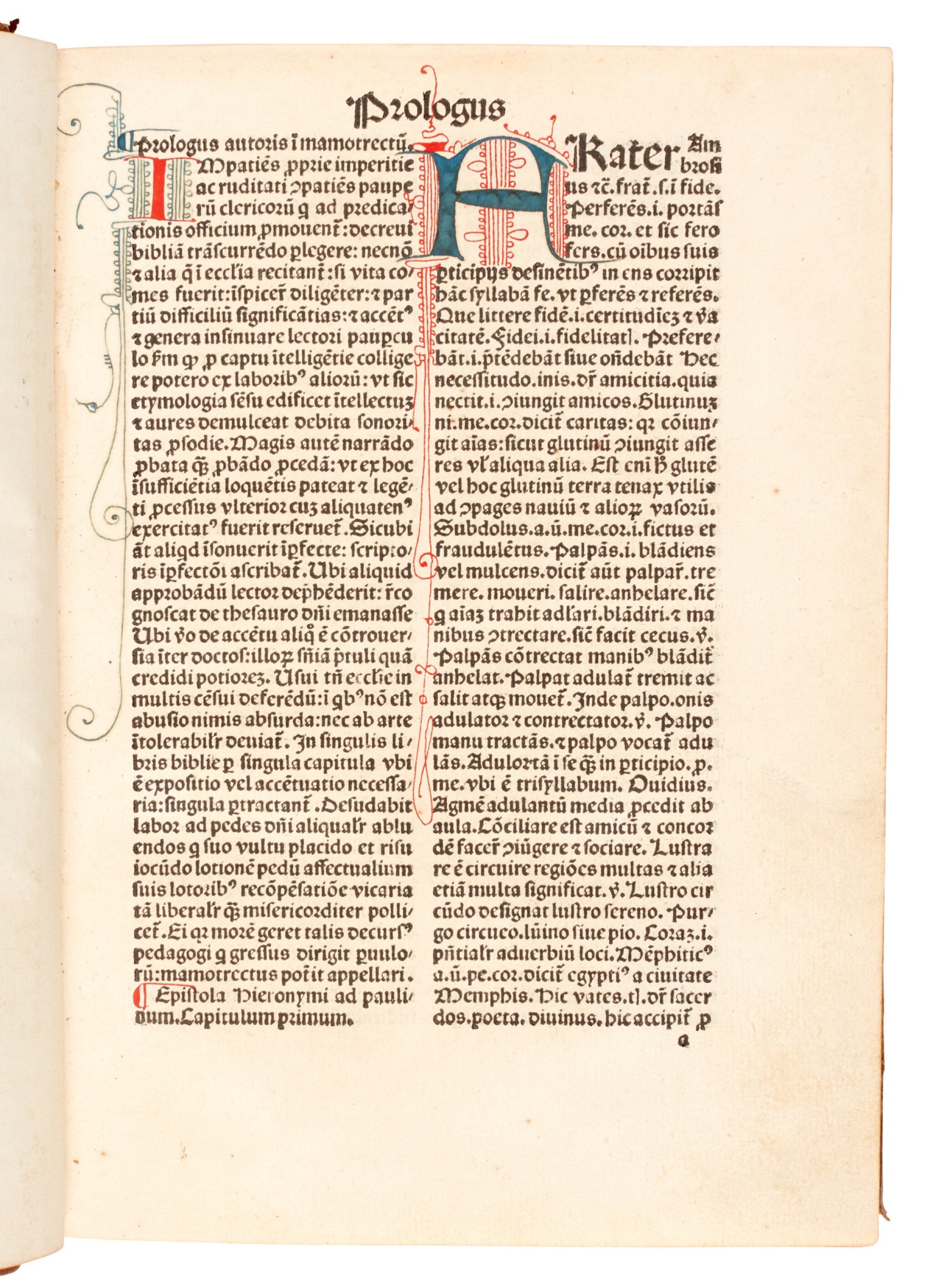 A fine copy of Marchesinus's manual for the clergy, which went through numerous editions from 1470 onwards. Marchesinus, a Franciscan from Modena, wrote this manual in the late thirteenth century to clarify biblical passages, obscure words and liturgical practice. He states his purpose in the prologue: to help poor clerics to understand the meanings and pronounce correctly the words in the Bible and elsewhere. The table at the end lists the books used by Marchesinus for his work.