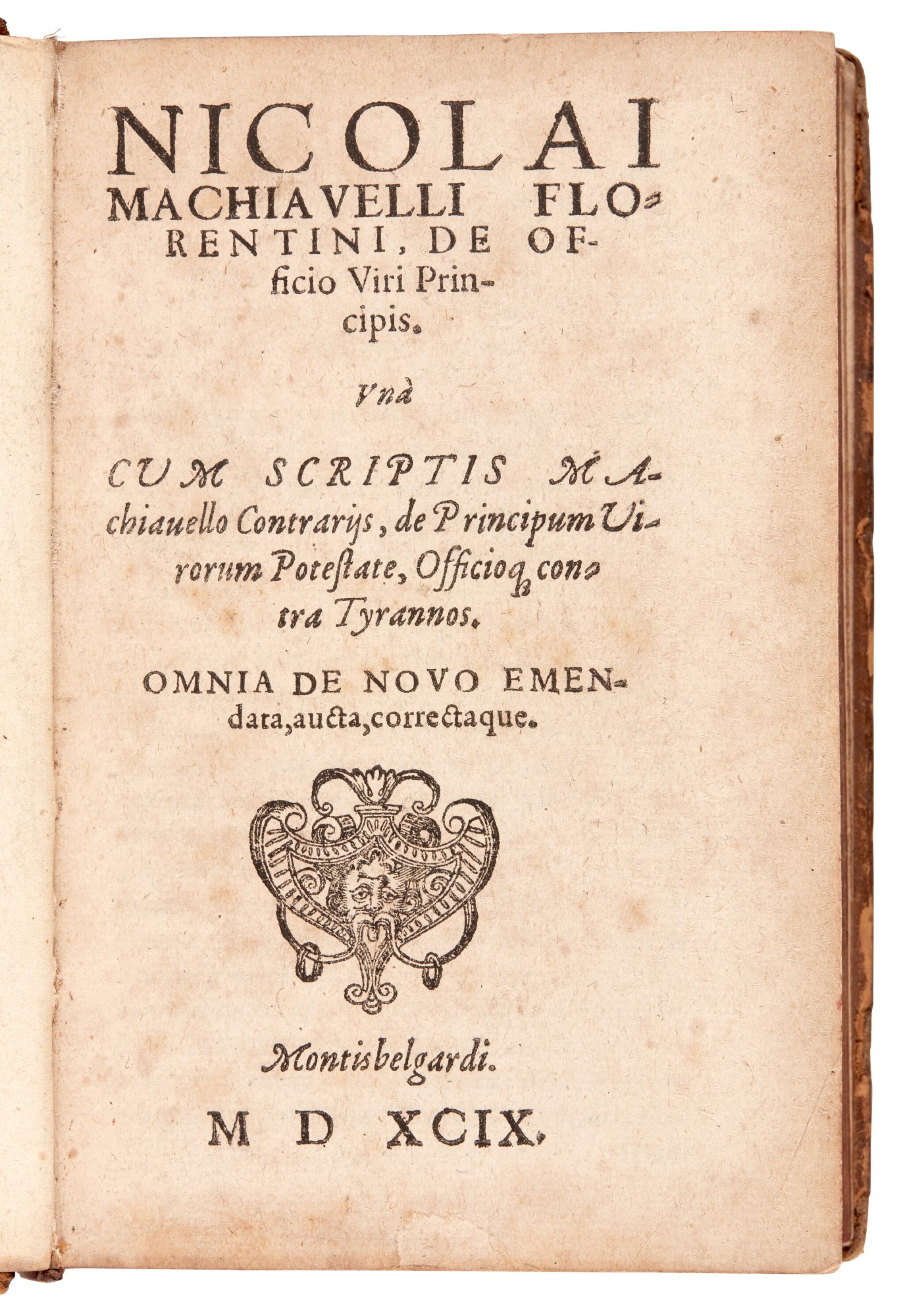 Two works in Latin translation, The Prince and Discourses on Livy, printed in Montbéliard, comprising:

The Prince was first issued in Latin in Basel in 1560, translated by Silvestro Teglio, a Protestant exile from Italy, and printed by another exile, Pietro Perna. The translator of the second work, Discourses on Livy, Giovanni Niccolò Stuppani, yet another exile, was a professor at the University of Basel; however the publication was censored in Basel and Stuppani only signs the preface of this edition as "INS", though he does put his full name at the end of the preface of The Prince. By this time Machiavelli was on the Index of Prohibited Books and could not be printed in a Catholic country or, it seems, Basel. Montbéliard, as a Protestant enclave within France, could print these works with impunity.

The translation of The Prince and the opposing work by "Brutus", which sought to declare opposition to tyranny from a Protestant perspective, were issued together, as the second work is mentioned on the title-page of the first. The authorship of the anti-Machiavellian Brutus tract is still disputed, it may have been Hubert Languet or Philippe du Plessis-Mornay. It was first published in 1579; Pietro Perna issued both works together in 1580 and they subsequently appeared in tandem, as here.