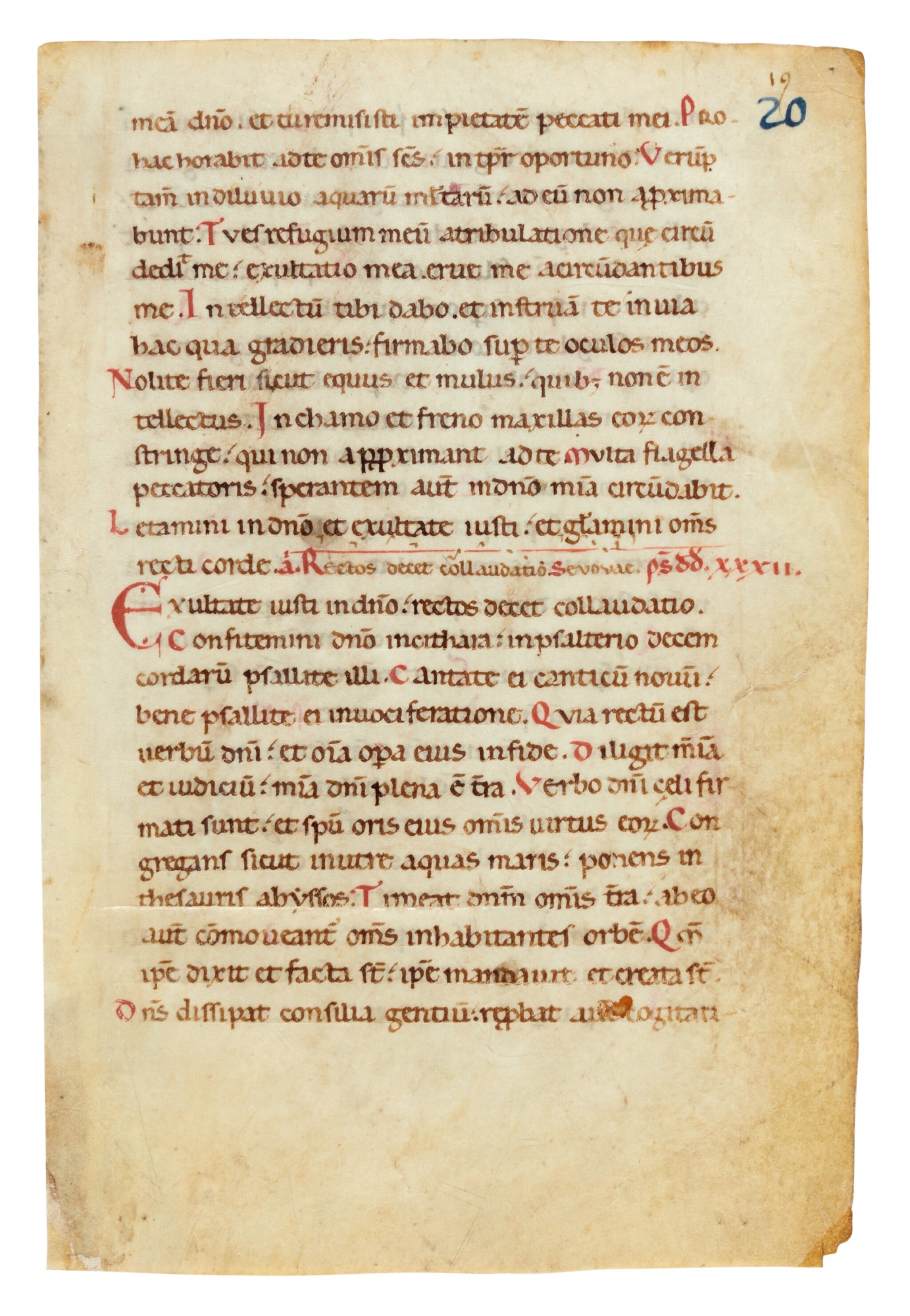 Leaf from a noted Ferial Psalter and Hymnal

Single leaf, c.200×135; blind-ruled and written in a fine late-Caroline bookhand above top line with 25 lines per page (c.145×95mm); the text comprising Psalms 31:5-33:7; before Psalm 32 is an antiphon in smaller script with EARLY MUSICAL NOTATION on a single-line red stave; initials in red; early modern foliation ‘19’ (and later ‘20’ in blue ink, as on other leaves from the same manuscript).

In 1985 eight leaves from the same manuscript were sold in these rooms, and ascribed in the catalogue to the late 12th century; this may be correct, but if so features such as the blind ruling, the lack of ‘kissing’ of adjacent round letters such as ‘po’ and ‘pp’, and the e-caudata for ‘æ’, are very archaic, and they suggest an even earlier date.