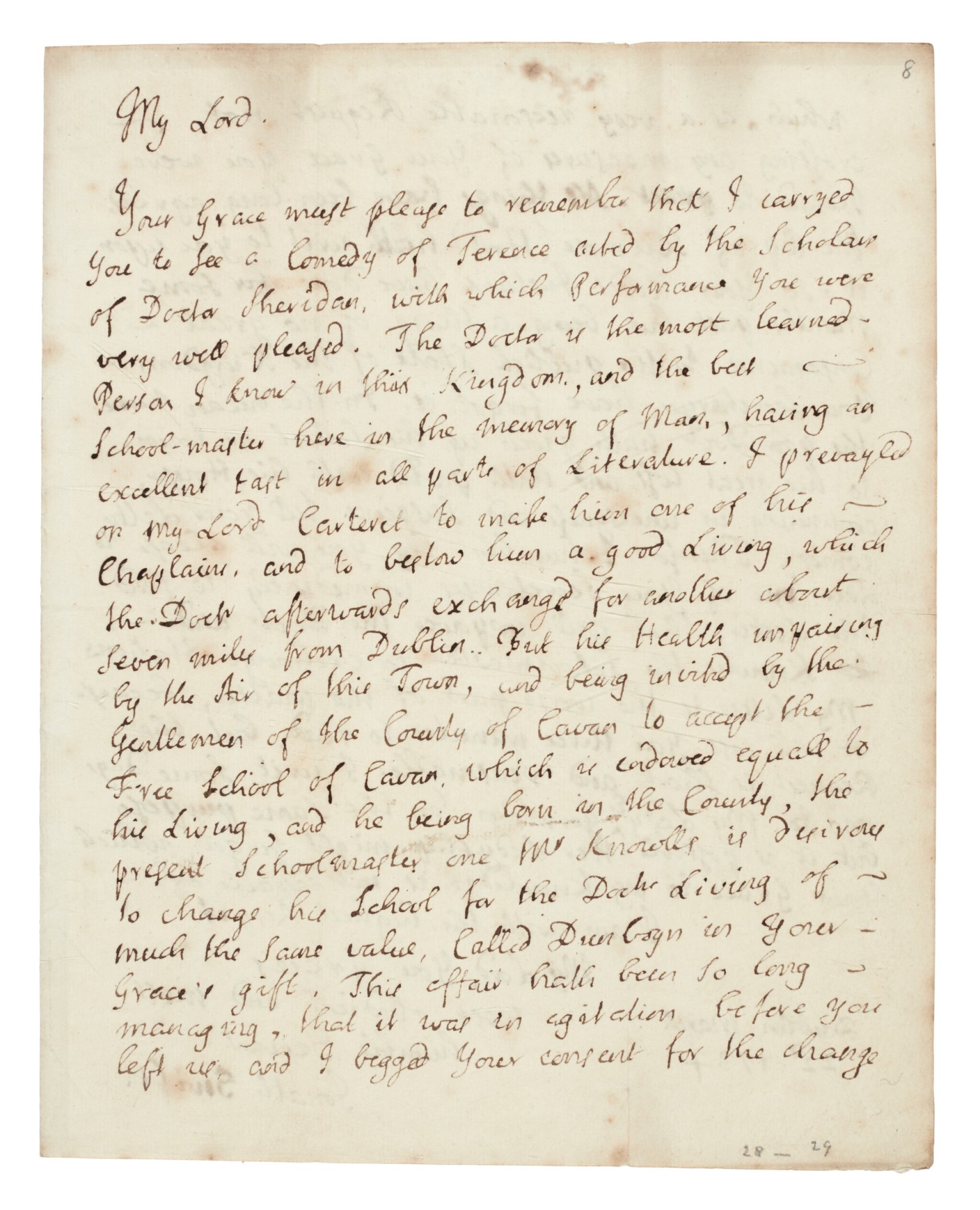 writing on the part of his his friend the comic writer, schoolmaster, and clergyman, Thomas Sheridan, reminding Dorset that "I carryed you to see a Comedy of Terence acter by the Scholars of Doctor Sheridan, with which Performance you were very well pleased", explaining that for personal reasons Sheridan wishes to exchange livings and take up the mastership of the Royal School at Cavan, and seeking Dorset's approval for the move, 2 pages, 4to, integral blank, Dublin, 22 March 1734 [ie. 1735], contemporary docketing, light spotting, residue of former mount on final blank

"...The Doctor is the most learned Person I known if this Kingdom, and the best school-master here in the memory of Man, having an excellent tast in all parts of Literature..."

A LETTER BY SWIFT IN SUPPORT OF A FRIEND. Thomas Sheridan (1687–1738) had been a friend of Swift since at least 1717. As he makes clear in this letter, Swift was profoundly impressed by Sheridan's pedagogic skills and learning, and early in their friendship Sheridan had tutored Swift in Greek. The two men shared a love of wordplay - Sheridan had published The Art of Punning (1719) under the pseudonym Tom Pun-sibi - and had both been regular contributors to The Intelligencer in 1728-29. Their friendship ran deep, and provided some consolation for Sheridan's unhappy marriage.

The plan outlined in this letter was that Sheridan close his Dublin school and exchange his clerical living in Dunboyne for the Royal School in Cavan, his hometown. Dunboyne was in Dorset's gift as Lord Lieutenant. The arch-Tory Swift was antagonistic to the politics of the Whiggish Dorset but he had known the Duke since childhood, and Dorset tended to look favourably on Swift's patronage requests. The exchange duly took place later in the year and provided Sheridan with much-needed financial stability.