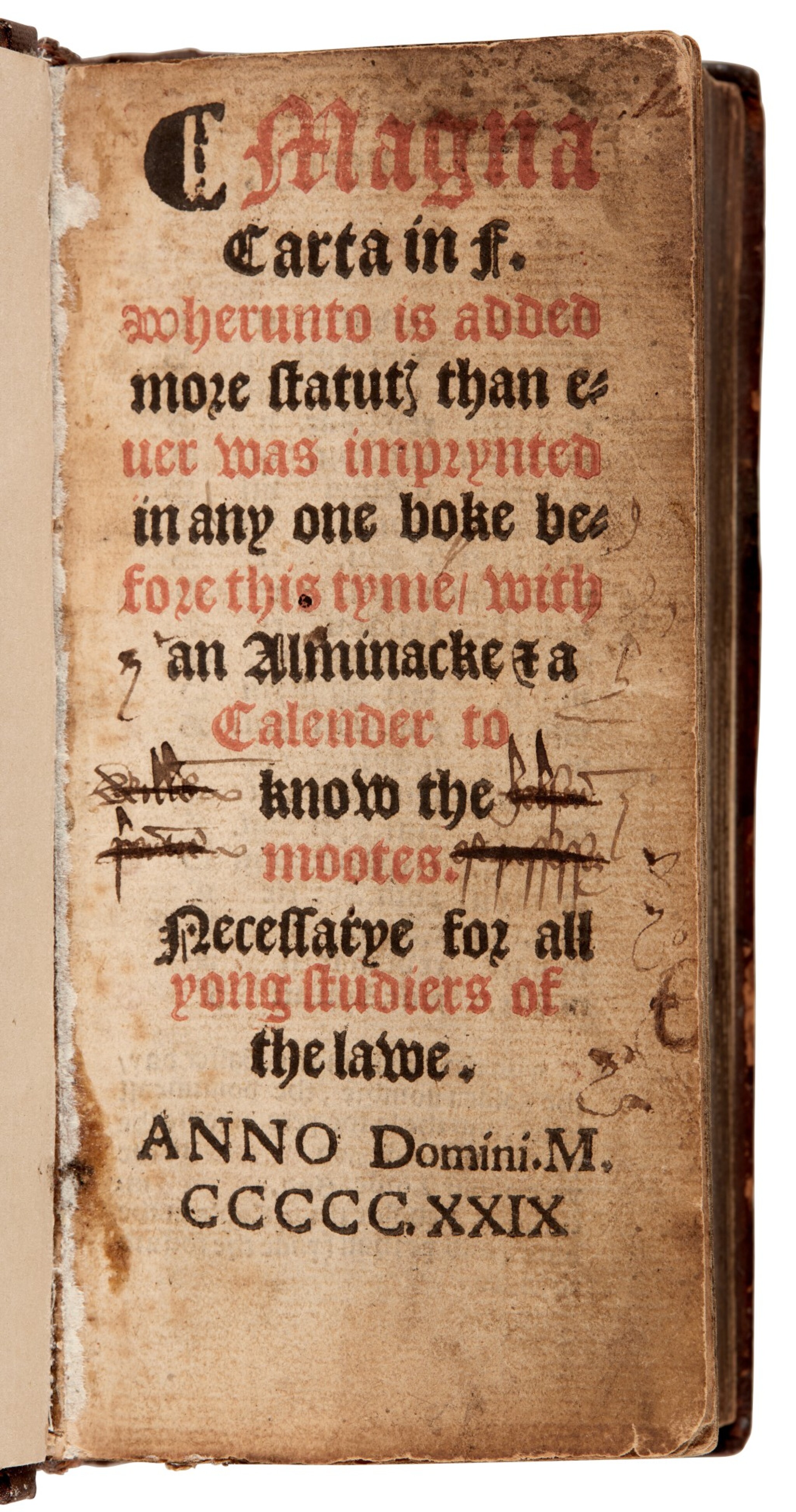 Magna carta in f. whereunto is added more statutes than ever was imprynted in any one boke before this tyme with an Alminacke & a Calender to know the mootes. [London: Robert Redman], 1529 [1539]

A charming pocket edition of the laws of England.