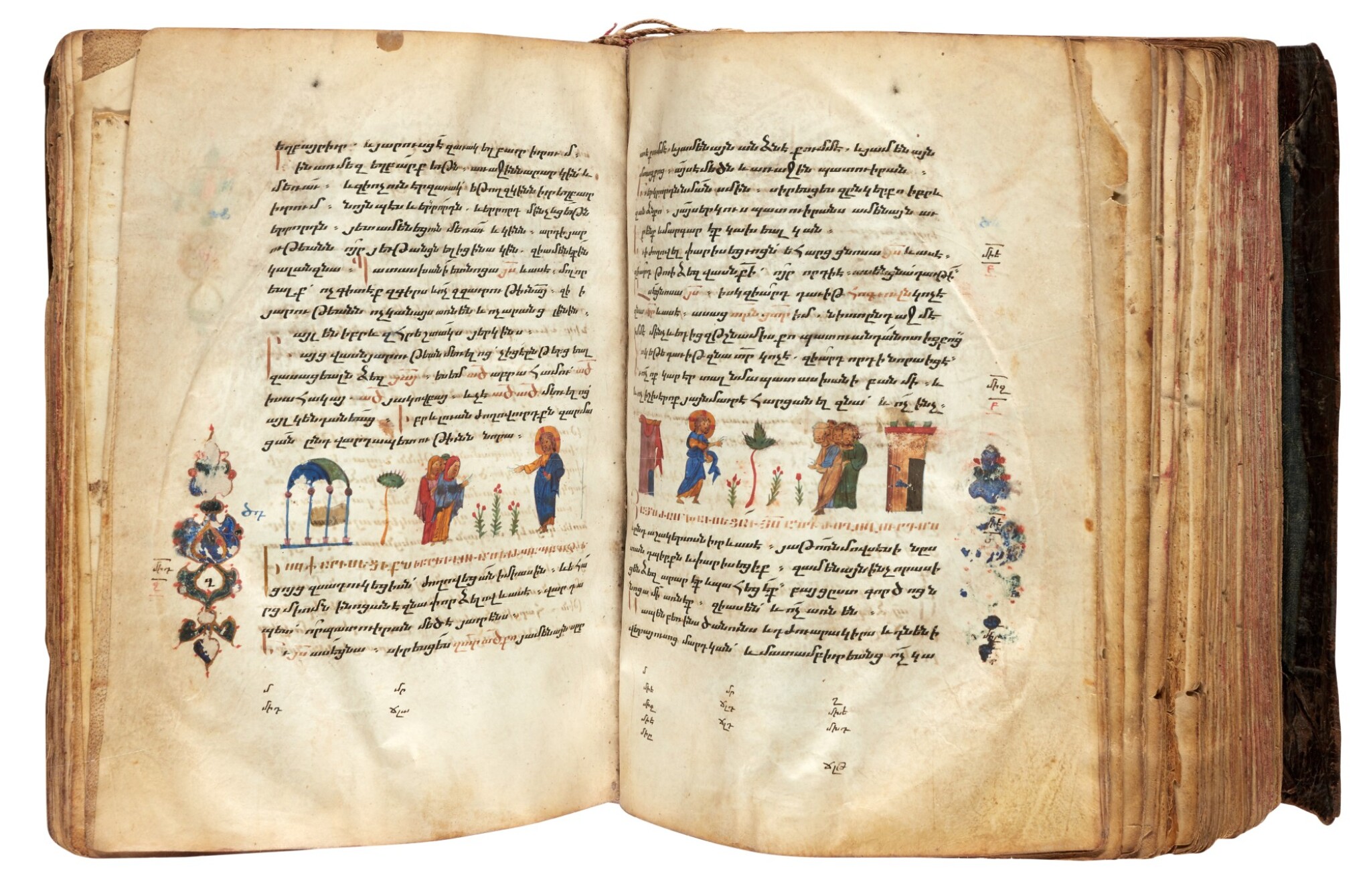 4to (218 x 160mm.), illuminated manuscript on vellum, written by several hands in black, red, purple and gold ink, 195 leaves, 3 (of 4) portraits of the Evangelists (lacking Luke) with decorative headpieces for the start of the text of each Gospel, zoomorphic initials, some frieze-style illustrations (incomplete; see footnote), Armenian binding of blind-tooled polished calf over thin wooden boards, three metal pieces nailed to upper cover (one of the Crucifixion), the upper cover tooled to the shape of a stepped cross and the lower cover with a rectangle (to represent Christ's tomb), tooled foredge flap attached to inside of lower board, raised headbands, blue cloth board liners, early manuscript binder's waste from an older (eleventh-century?) Armenian manuscript in a large uncial script [erkat'agir] (with 4 leaves at the front and 2 at the back of the volume), in a drop-backed box, some leaves rubbed with loss of decoration (in particular in the portrait of John, the figure of Prochoros is rubbed), occasional light staining, lacking two long straps and catches, binding rubbed

This manuscript seems to be a composite, comprising sections with the frieze-style illustrations, with polychrome gilt decoration and gilt initials, which have then been completed with later leaves with a simpler purple monochrome colour scheme (the initials and marginal decoration are all in purple). The opening of the text and the portraits are all in this later purple colouring.

The main colophon for the book is missing, but there is another colophon dated 1433 by the priest Vardan, son of the priest Thaddeus, and another colophon by Father Basil, about replacing the missing tables of contents and the preface to the Gospel of John; this second colophon is plausibly earlier as the name Basil is rare in Armenia after the fourteenth century.