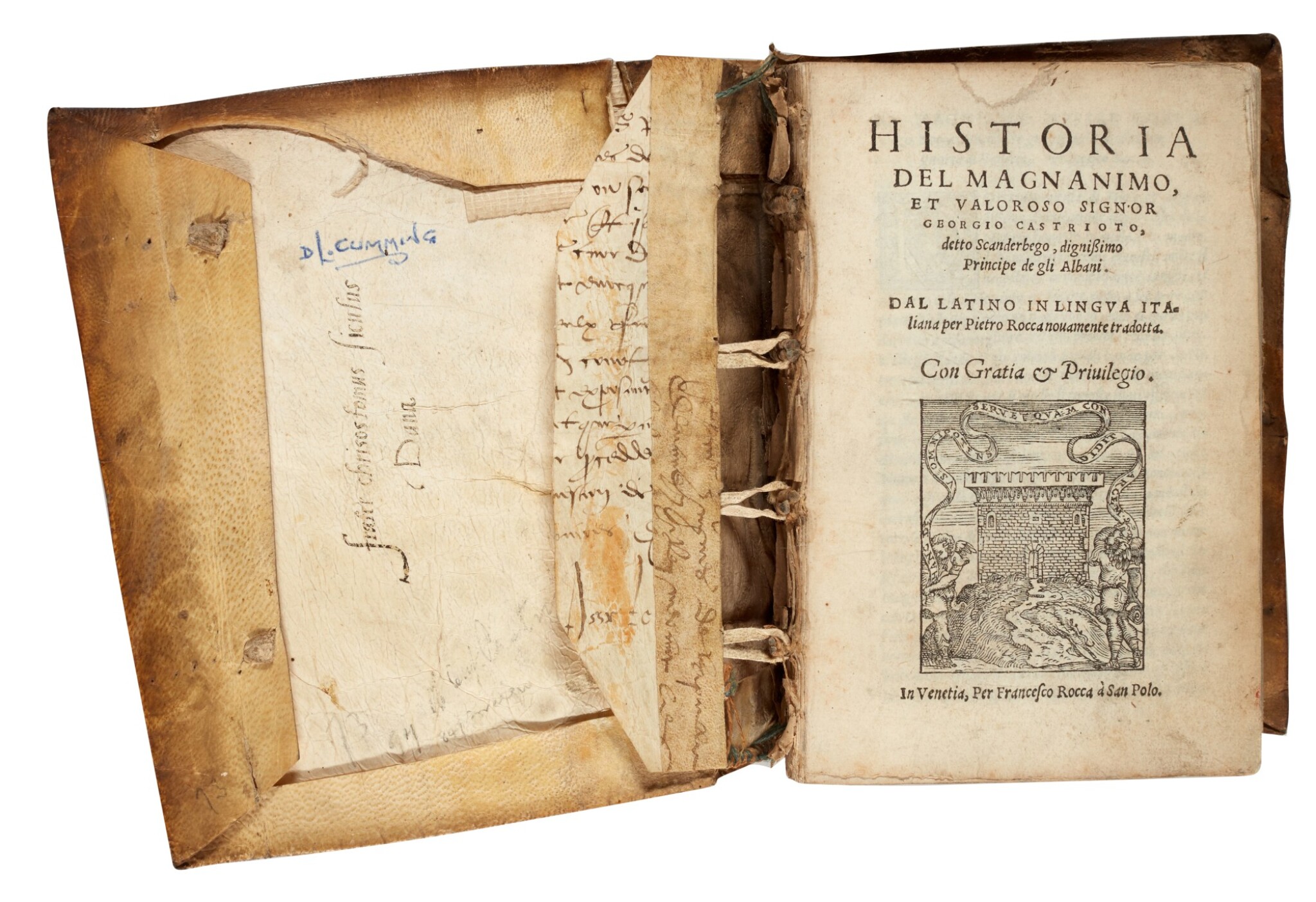 Barleti's biography of George Castriot or Scanderbeg (a nickname derived from Alexander the Great, "Iskander Bey") was first printed in Latin in Rome in around 1510 and quickly translated into other European languages; this is probably the first Italian edition. Scanderbeg had spent his youth at the court of Sultan Amurath II but on the death in around 1443 of his father, John Castriot, Scanderbeg returned to Albania and repeatedly repelled the Turks from his territory for decades, to the delight and relief of Christian Europe.

Barleti was Albanian himself, from the town of Scutari, which fell to the Ottomans in 1479; he also wrote an account of that siege.