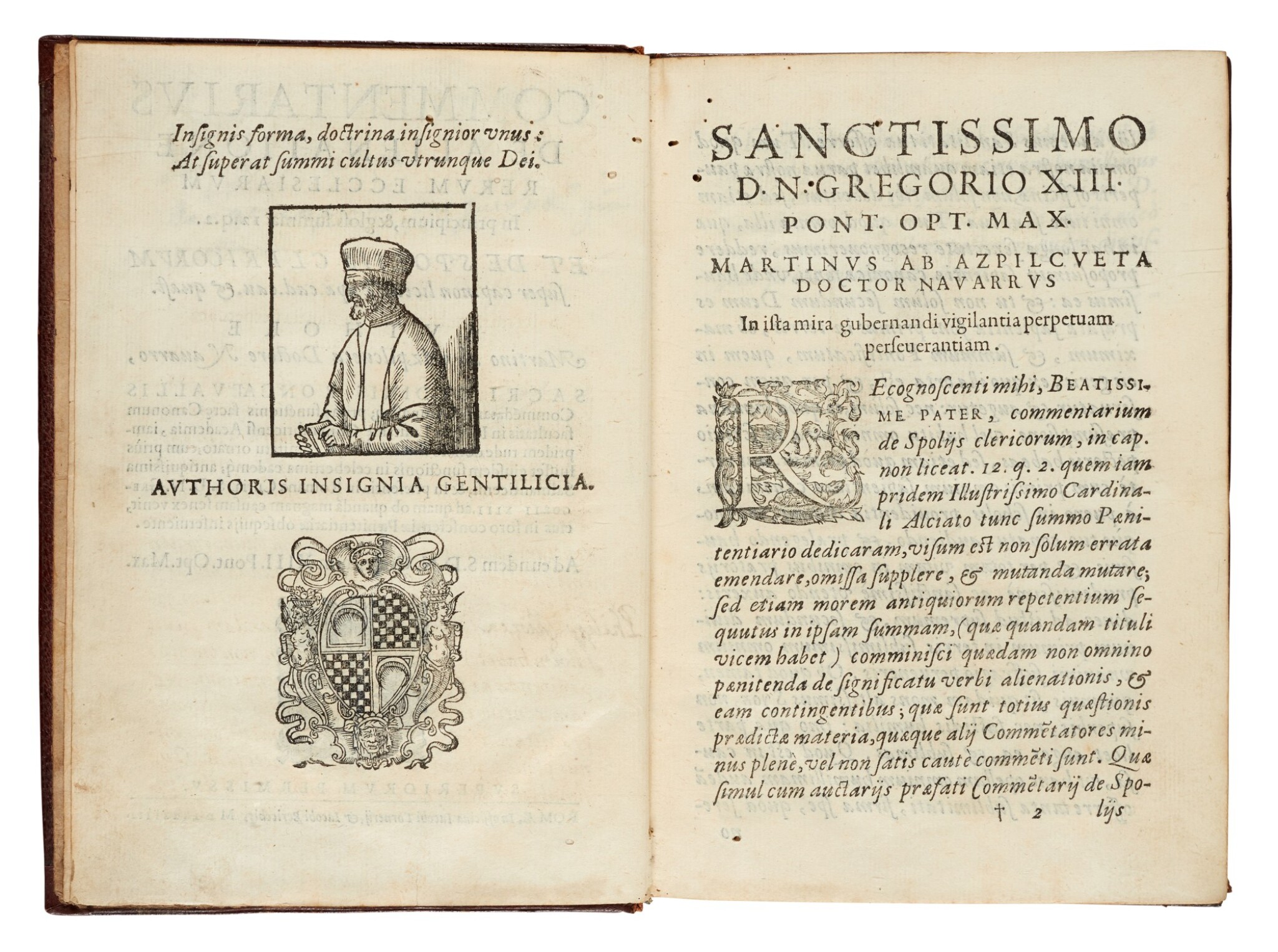 Two works on canon law in a binding with the arms of Cardinal Boncompagni, comprising:

The first work is dedicated to Gregory XIII (Boncompagni) and the second has a privilege from him. The arms on the binding most likely belong to Gregory's nephew Filippo, who was made a cardinal in 1572; Azpilcueta served him when he was in Rome in the 1580s (he died in 1586), during which time many of his works were reprinted in Rome, as here.

Azpilcueta was a prolific writer of works on moral theology and canon law; these two works deal with the alienation of church property and those who try to bribe ecclesiastical judges, a canon reintroduced by Gregory XIII.