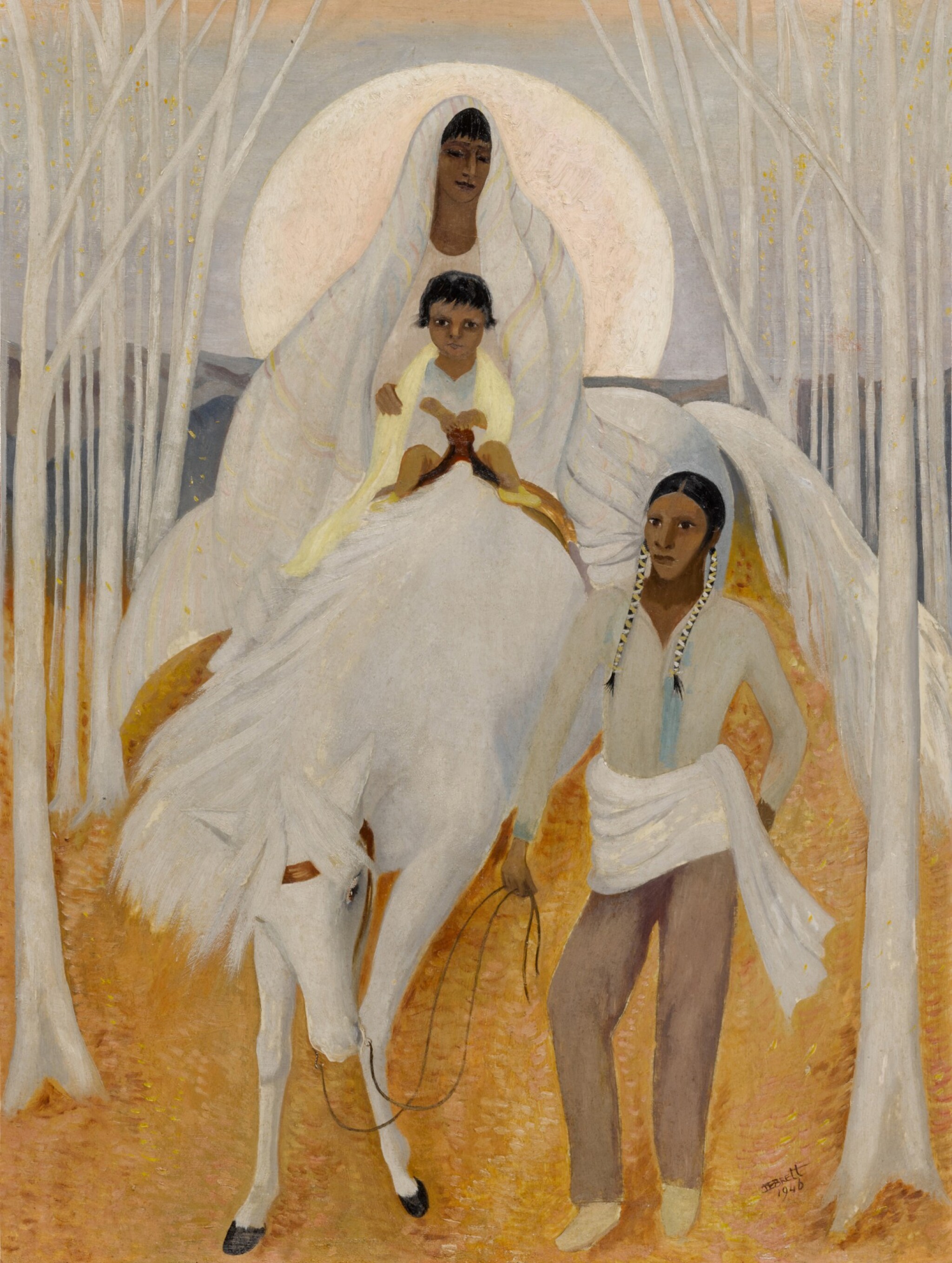 The work appears to be slightly dirty and there is minor frame abrasion with a few associated losses at the extreme edges. Under UV: Although some pigments fluoresce, they appear to be the artist's original work.

Born in England to an aristocratic family, Dorothy Brett grew up in the court of Queen Victoria and took dancing classes at Windsor Castle as a child. She enrolled in the Slade School of Art at University College London in 1910 and began her career painting portraits of friends and acquaintances, including the novelists Virginia Woolf and D.H. Lawrence and the playwright George Bernard Shaw. In 1924, Brett traveled to Taos, New Mexico with Lawrence and his wife. She was immediately enamored by the new environment, remarking, "I like it better than England. O, for the bigness of it! ...Here I'm free from the old conventions ...Here I'm truly free" (as quoted in Cassidy, New Mexico Highway Journal, March 1933). While it was intended to be a short trip, Brett remained there for the rest of her life, becoming an American citizen in 1938. With subjects ranging from bucolic landscapes to Pueblo dancers and symbolic rituals, her paintings illustrate her admiration and respect for the Native American culture of Taos.

Examples of Brett's work can be found in the permanent collections of the Smithsonian Museum of American Art, Washington, D.C., the Tate, London and the Harwood Museum of Art, Santa Fe, New Mexico, among others.