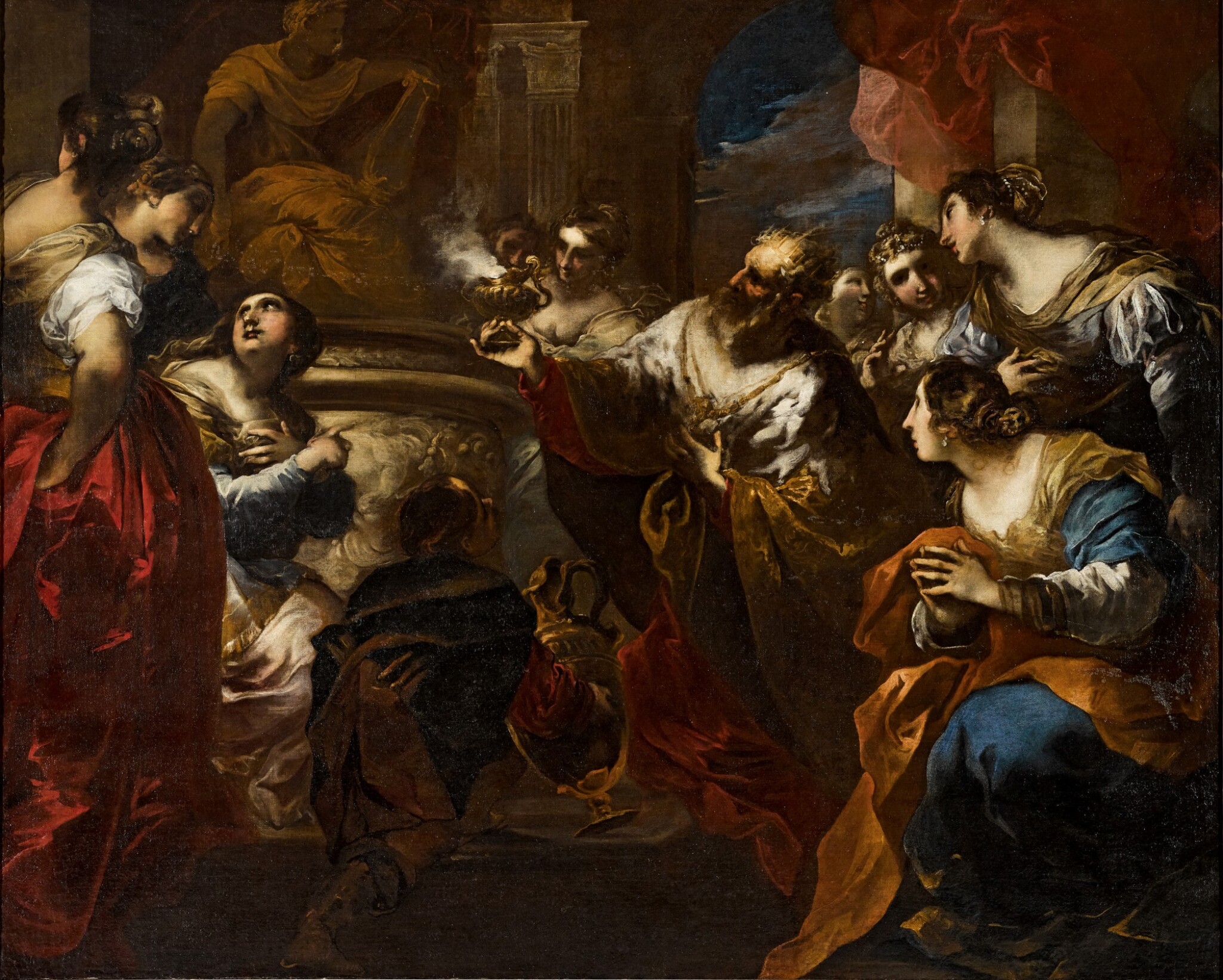 The large canvas has a firm lining, and the paint surface is slightly dirty with a slightly discoloured varnish. The paint surface is rather flat and there are discoloured retouchings visible scattered throughout. Inspection under ultraviolet light reveals the extent of the campaign of retouching. Most notable are the repaired tears - 4 horizontal ones extending from the left margin (the longest extending to the centre of the composition), and 5 horizontal ones extending from the right margin (the longest approx. 80cm.). There are further repaired tears scattered throughout, including a network of tears along the centre of the upper margin.

The subject matter here is taken from the Book of Kings (1:11) which recounts how Solomon was led astray by some of his new wives (of which he is said to have had around 700), who encouraged him to worship false idols. The Old Testament subject of Solomon committing idolatry to please his many wives was popular during this period, because it allowed for the depiction of moral affront as well as of enticing female figures.

This is one of two representations of this subject by Castello; the second was in the collection of Francesco Peloso (1767-1835), Genoa, and has remained in that collection by descent.1 Castello's great talent is made evident through his ability to convey the same scene in two different yet both completely masterful ways.

In his 2004 catalogue, Manzitti suggests a dating of late in the artist's career for this work.