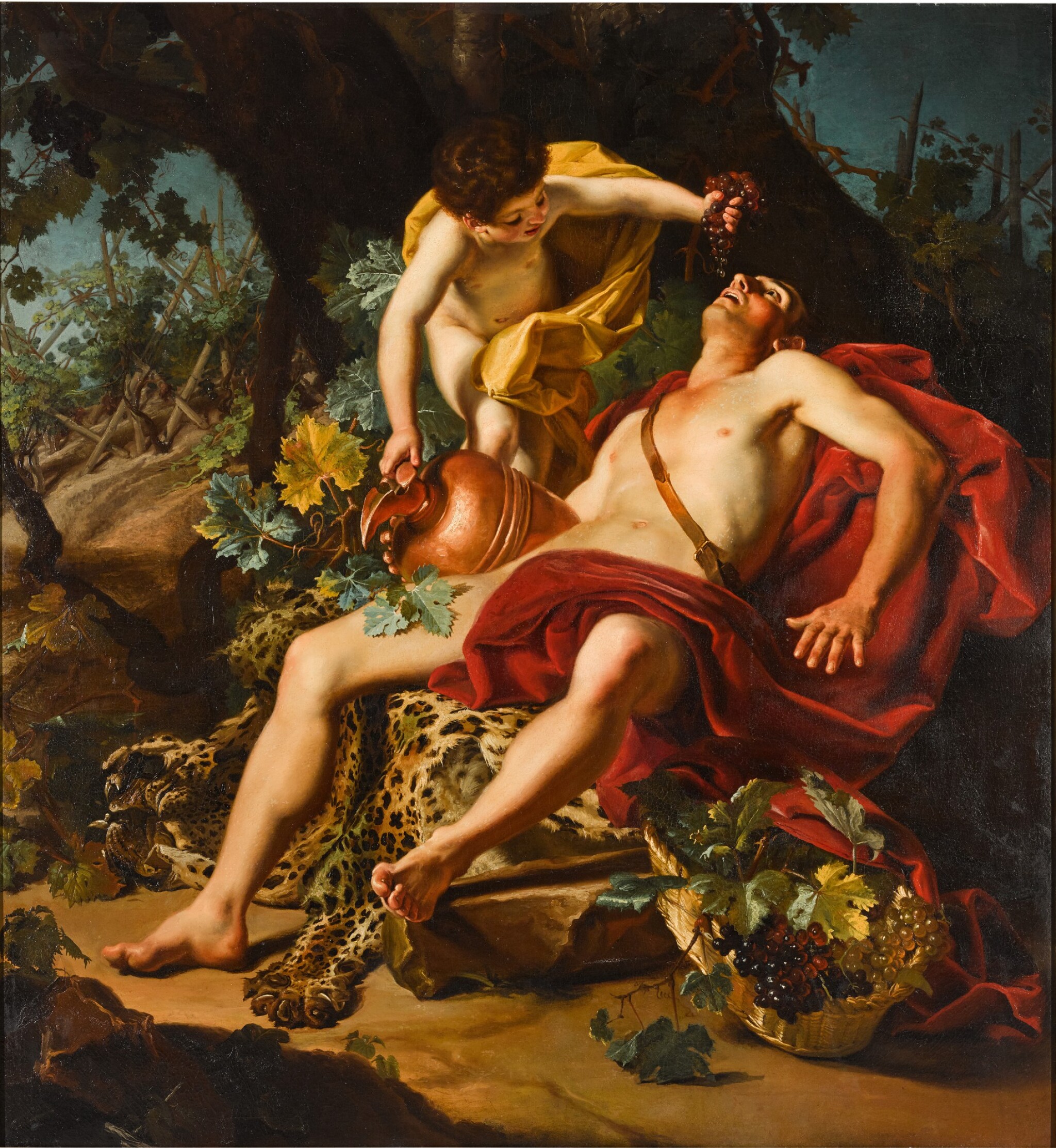 The canvas is lined, the paint surface is relatively clean and the varnish is slightly discoloured. There are tiny spots of discoloured retouching scattered throughout (mainly visible in Bacchus' flesh tones) as well as a few surface scuff marks. Inspection under ultraviolet light confirms these, and further reveals a few more concentrated retouchings such as the proper right elbow of the boy, in the darks of the red cloak of Bacchus, and in some of the shadows between the grapes in the basket lower right. There appear to be no major damages however and the painting seems in overall good condition.

Portraying Bacchus as an Allegory of Autumn, the present work was first attributed to Giovanni Maria delle Piane, called Mulinaretto by Sanguineti, who connected it with the Allegory of Spring now in the Fondazione Cariplo, Milan (see Literature).1

Mulinaretto was a Genoese artist who also worked in Parma, and is mainly known for formal portraits. This painting represents not only an unusual subject for the artist, but also an important record of his mythological and allegorical production for the Duke of Parma, which is referred to in contemporary sources.2

﻿The composition reflects the influence of an early Rubens work, the Death of Adonis,3 that is recorded in the collection of the Genoese poet Giovanni Vincenzo Imperiale (1582-1648), and which was presumably accessible to artists in the area thereafter. The bright palette and subject choice point to a Genoese artist working in the early 18th century and situate the work within Mulinaretto’s mature period.