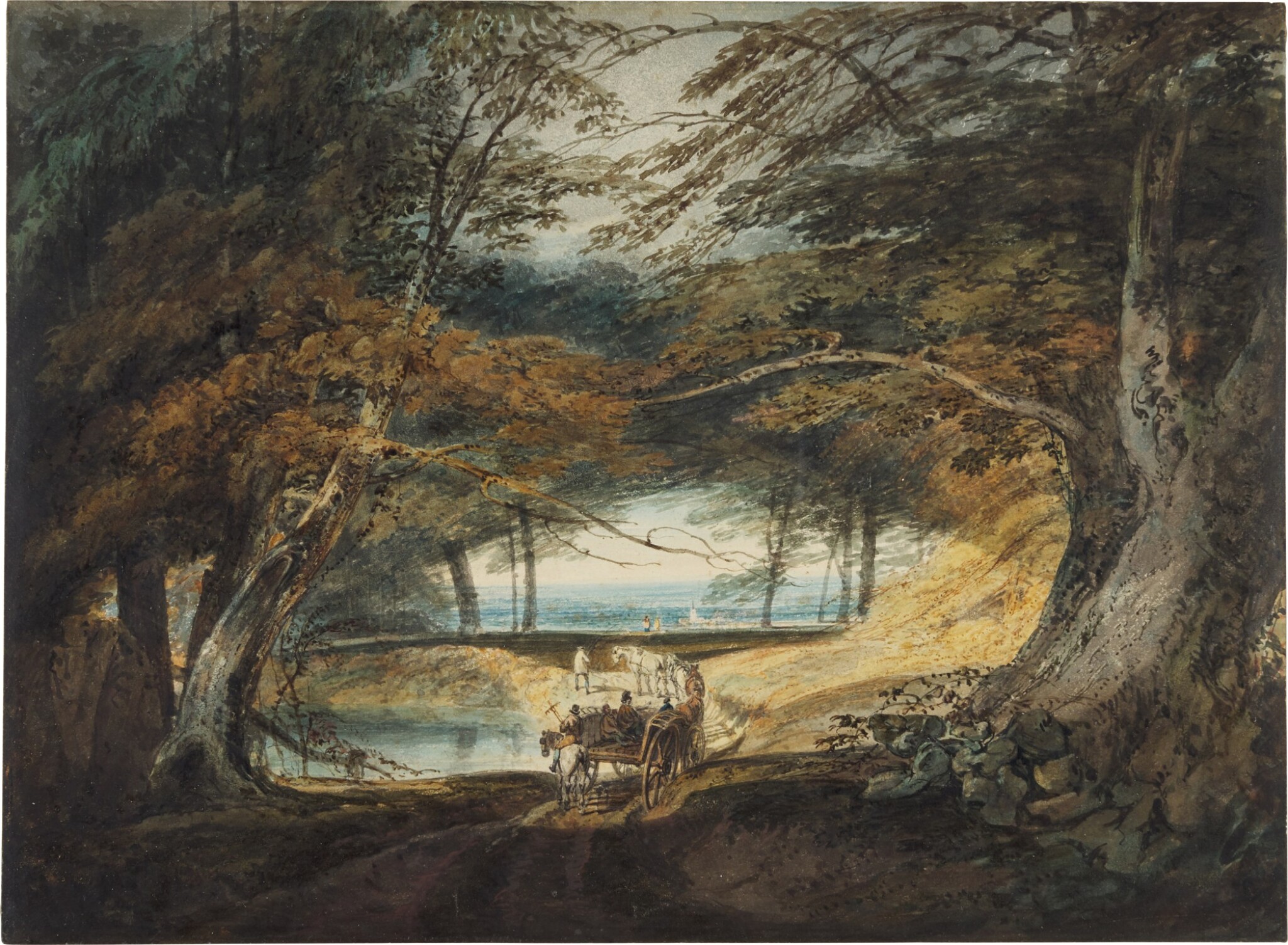 Watercolour over pencil, heightened with bodycolour

This pigments are very well preserved in this work, as is the paper support - which is both stable and close to its original tones. There are two very small rubbed areas near to the lower edge of the sheet, but these can only be seen in certain lights and upon close inspection. The work is not laid down, and is attached to good quality mount, along the extreme edges verso.

This atmospheric watercolour dates to the late 1790s, a time when Turner was building his reputation and had already started exhibiting at the Royal Academy.

Dwarfed by the ancient trees of Bagley’s Wood, which lies just to the south of Oxford, a party of travellers trundle over rutted ground towards the brow of the hill. Beyond, the flat plains of Oxfordshire are bathed in the late morning sunshine and the spire of St Helen’s Church, Abingdon, glints in the far distance.

Turner knew this area of the country well as his mother’s brother, J.M.W. Marshall, owned a house in the village of Sunningwell, only a short distance from Bagley’s wood. The organic nature of the present work, with its earthy colours and its exploration of the contrasts between light and shade, align perfectly with Turner's interests in the last years of the century. Stylistic comparisons can be made with the studies of trees he painted for the Earl of Essex at Cassiobury Park in Herefordshire (1796) and those of the following year at Norbury Park, Surrey, carried out for the connoisseur and collector William Lock (1732-1810).1