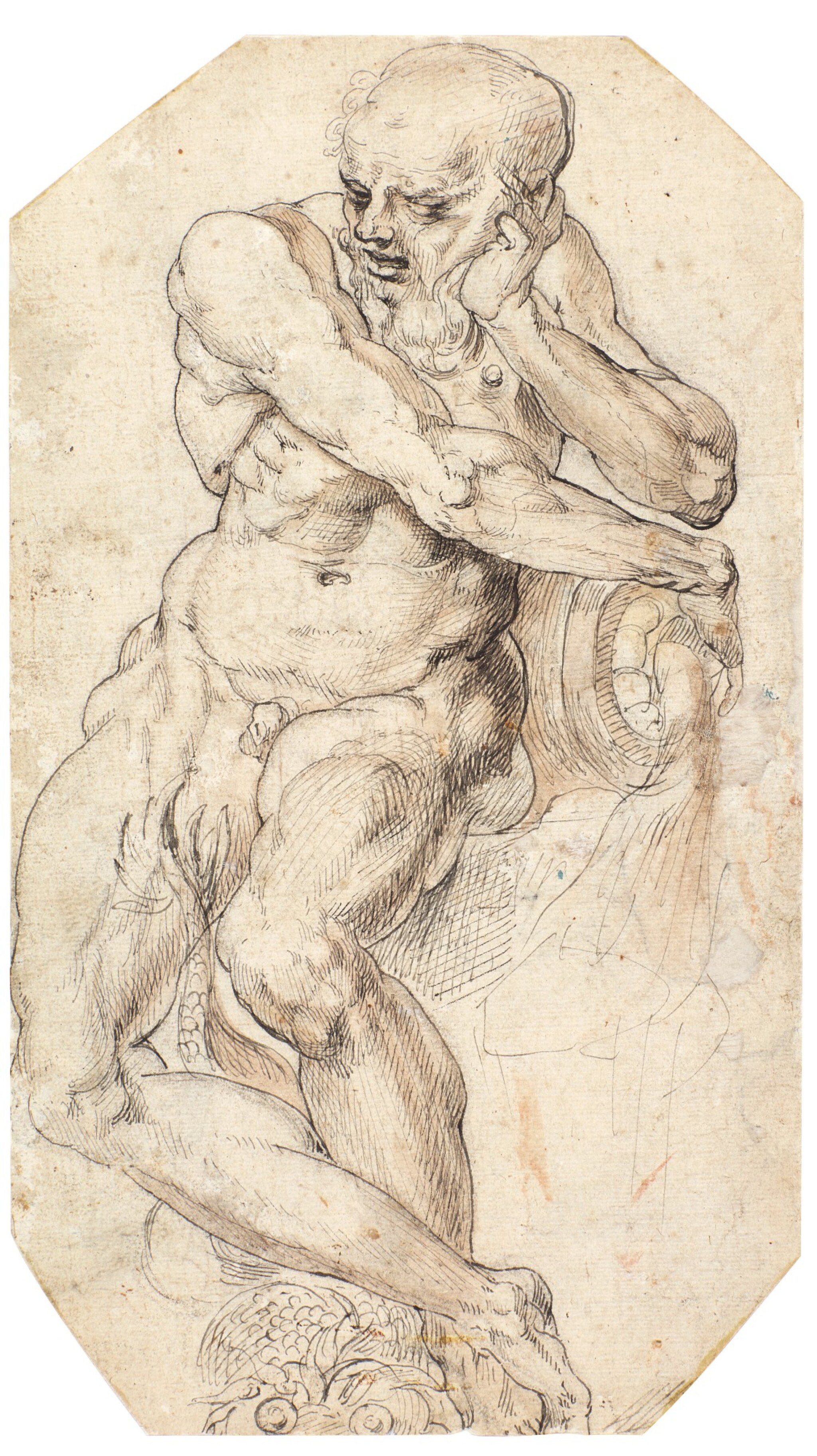 Recto: A Seated River God with a Dolphin

The paper has a number of small losses that have been restored. Two are to the right hand side from the center down towards the margin. The others are much smaller and towards the left margin. There is some light soiling especially around the edges and a few scattered brown small stains on the recto. Very small brown stains on the verso. The media is strong.

This newly attributed double-sided sheet by Dubreuil can be closely compared with a drawing of Apollo killing Python, formerly in the collection of Philippe de Chennevières, now in the Bibliothèque nationale, Paris.1 Stylistically these two drawings are very similar in the delicate and elaborate use of the pen, with subtle indications of volumes contrasting with the firm contours of the figures.  The profile of the triton on the verso of the present sheet is particularly comparable with that of Apollo in the Bibliothèque nationale drawing.

On the recto of the present drawing, the outlines of the river god's body are executed with continuous lines strengthened by a variety of short cross-hatched and parallel strokes to define and emphasize the figure's knotted muscles and enhance the light falling from above to the left. Apart from the features of the face, this figure, with his slightly opened mouth and left hand pulling his long beard aside, is not unlike the Antique Warrior with a cuirass and a helmet nearby, in the Louvre.2

The black ink used on both sides of the present sheet and in the Louvre drawing is found in a number of other studies by the artist, often, as here, in combination with black chalk, or together with red chalk, as in the Louvre sheet. Though the latter is more finished and elaborate it shows a similar emphasis on the chiaroscuro, achieved through darker and stronger strokes.

The watermark (Briquet 1581) is that of a French paper manufacturer of the early 1580s.